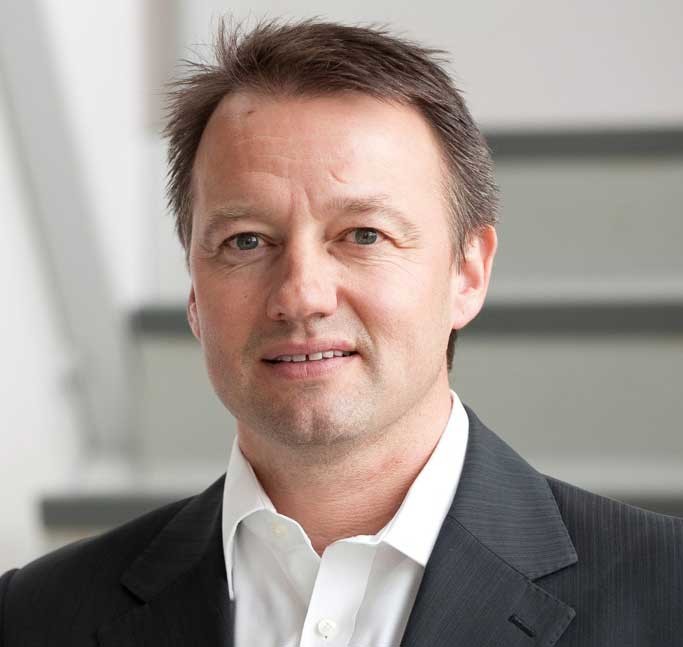 As far as experience goes, Doug Peiffer ticks all the boxes to run OzTAM. The CV of the current OzTAM CEO reveals a work history as a people meter installer and time spent working at the client end using viewer data. Peiffer has been involved with viewer metrics from all perspectives.

“I actually started with Nielsen in the US in the 80’s when they were converting to a national people meter service,” Peiffer revealed. “I used to knock on doors and recruit householders and actually install. I used to take the back off TV’s and put meters on televisions. That brought me to Australia to pitch the first people meters in the 90’s here.

“When I went to Ten, I spent about ten years in several areas of Ten. That gave me an understanding of the use of the data and how broadcasters consume and compile, and market using the data and sell using the data. Then back to OzTAM where it’s relationship management between managing the broadcasters and agencies and managing the Nielsen data collection as a contractor.

“So, it all sticks together nicely”.

Peiffer, in his chief executive role with OzTAM, is getting set to roll out the next evolution in ratings measurement for Australia’s TV industry. From next week, the viewership of internet viewers will be measured alongside the viewership of traditional over the air, cable, and satellite distribution platforms.

At launch, only catch-up programs on services like Plus7, 9Now, tenplay, ABC iView, and SBS On Demand will be included, but soon it will also include online streams.

“The first report out on Monday will be a seven-day rolling. And then later at the end of the first quarter, we’ll move to a 28-day cycle as well. This is the first stage. It’s catch-up only. We aren’t plugged in across the live. We’ll start reporting live as well. This is stage one. There’s probably about six stages this year alone where we will start rolling out different aspects of the service,” explained Peiffer.

The data being gathered differs to traditional ratings in that it isn’t gathered as a sample representative of the broader population. Instead, the data is gathered from the use of all of the viewers watching content through catch-up platforms. “We take a census of the video players of the broadcasters and Foxtel and so all devices and all minutes that go through that. It’s complete coverage. Not a sample,” he said.

While collecting accurate viewership figures is an exciting proposition, Pfeiffer was open in his assessment that it brings with it other data challenges, primarily failing to recognise exact demographics. Where the existing sample methodology requires the viewers to log in, those using the new Video Player Measurement system provides information on the device and the minutes watched, but not the person using it. Once the VPM data is gathered, OzTAM still need to work out the demographics.

Participating broadcasters, which includes ABC, Seven, Nine, Ten, SBS, and Foxtel, implement the OzTAM development kit, which includes code developed by OzTAM. Once the code is added to the broadcaster’s video platform, the code attaches a unique ID to every piece of content. This gives OzTAM the ability to attribute every minute of video watched regardless of which device it is being viewed on.

“We built this ourselves,” Peiffer advised. While contractors, such as Nielsen, are usually employed to handle projects like this, OzTAM built the code, organised the servers, and trialled the new reporting in-house.

“It’s quite an amazing feat and I put it down to the team of people that I have working for me. We now have almost full coverage from all the broadcasters and collect 100% of the viewing coming through those devices and for their players. It was a challenge.

“We’ve hired a contractor out of Melbourne and he was the architect of the system. We hired our own equipment in the cloud. It’s purely an OzTAM implementation and operation at this point,” Peiffer said.

Deploying the software code to each of the broadcasters was one of the more time-consuming tasks for Peiffer and his team. To properly use the code, the team at OzTAM had to work with the individual software designers for the broadcasters. With each broadcaster are multiple platforms to contend with.

“It’s multiple players. There’s a player for iOS, there’s a player for Android, and so we have to continually work with the upgrades and the different operating systems that we’re putting the player in. That’s what takes so long and working to their development cycle. We’re now collecting 95% of the players including broadcasters and Foxtel,” he said. “We’ve only finished Foxtel recently. It takes time and development time. We’ve been collecting data. The trade-off that we had is 1) they get reported and measured; but 2) we also hand back their own data and we give them real-time analytics and a dashboard that they can catalogue and optimise their own video player. That’s been the trade-off, but it takes time to make sure that we’re plugged in across all players.

“Just recently, we’d been plugged into Jumpin for some time with Nine, but they’ve developed a new player 9Now, so we’re working sitting next to that player as well. We’re constantly having to work with the broadcaster and get full coverage. We’ve been collecting data from most of the broadcasters for over a year and a half. We’ve just got to that full coverage that we’re comfortable with recently.”

Peiffer was midway through a day of presentations when Mediaweek caught up with him. With the first batch of figures due on Monday, Feiffer’s attention was firmly focused on the new VPM service. Generally, however, Peiffer’s day-to-day is focused on the delivery of the daily release of data to broadcasters at 9am, followed by broader analysis on how OzTAM can better its service and contemplating how to evolve the service moving forward.

“We’re constantly evaluating what we’re doing and how do we enhance the product. We look everywhere. The Europeans are doing something similar to the VPM. The US has other technologies, so we’re looking at other technologies that the US and other players have in the market to measure. One of the luxuries that we have in the Australian market, that we’ve had for the last five years, is we’ve got a sample of households that are fully metered – just like the normal TV ratings, but they don’t count in the television ratings. We use those sampled households to actually trial and investigate new technologies. We have a live testbed of viewers that we keep on board so we don’t have to continually go out and recruit. We just have this panel and its been fantastic. We do study them and understand how people may react to new devices and new services. But also we trial new metering solutions on these households. We can quickly get some tests up and going and get results back quickly to further enhance the product that we put to market,” he explained.

Due to the heavier involvement of OzTAM in testing those households, the figures do not count towards the measured ratings. For an OzTAM household, the maximum length of time that a household can be on the panel for the metro market is four years. For OzTAM, it is beneficial keeping a household for as long as possible in order to study their behaviour over time. There is, however, a short turnover every month.

Not everything a viewer watches on their TV is measured by OzTAM. If a viewer is watching a DVD, playing a PS4, watching an SVOD service, or a downloaded video, OzTAM are unable to measure it.

“We just know the TV is on for something else. It works off audio matching, so only the content that we have as a reference is what we can match back to. Seven, Nine, Ten, ABC, SBS, all the digital channels, plus all the Foxtel channels, that’s all we’re matching to,” Peiffer revealed.

Recently in the US, broadcaster NBC made waves when it revealed to critics that they had data on Netflix viewership based on audio matching of its content. The viewership of Netflix is a figure only known to those working for the SVOD service.

Peiffer explained that if it was to be done in Australia, a reference point for content would need to be provided to accurately measure the viewership, but it’s not being actively pursued: “People want to know and there have been studies surrounding it, but it’s not on my radar at the moment.”