• News consumption has understandably changed over the last few weeks,

News consumption has understandably changed over the last few weeks, as people seek out information and return to news websites for regular updates. Overall time spent on news digital sites and apps is up 29% for March to date compared to the same period in February. 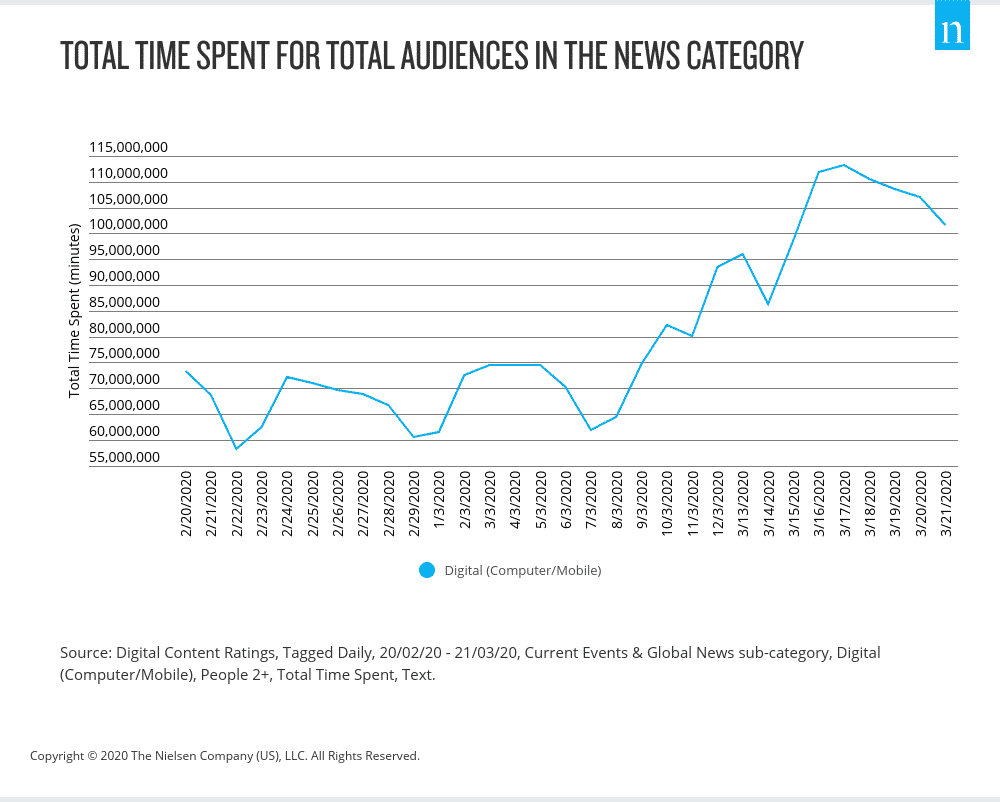 And although there have been significant increases in time for all age groups, younger people (18-29 year olds) experienced the greatest shift in behaviour with time spent on news sites nearly doubling for weekdays last week (up 93% vs previous 4 weeks) with the largest volume increase from people aged 30-39. Older Australians, who are traditionally heavy digital news consumers, still saw an increase in time of 28%. 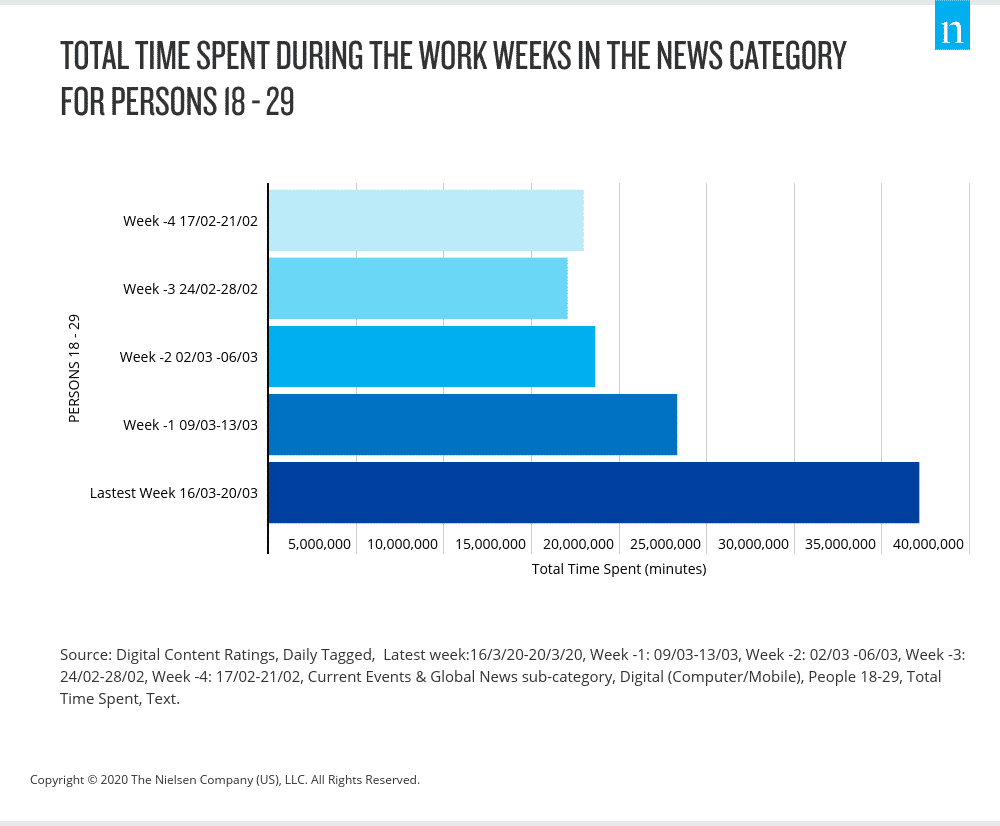