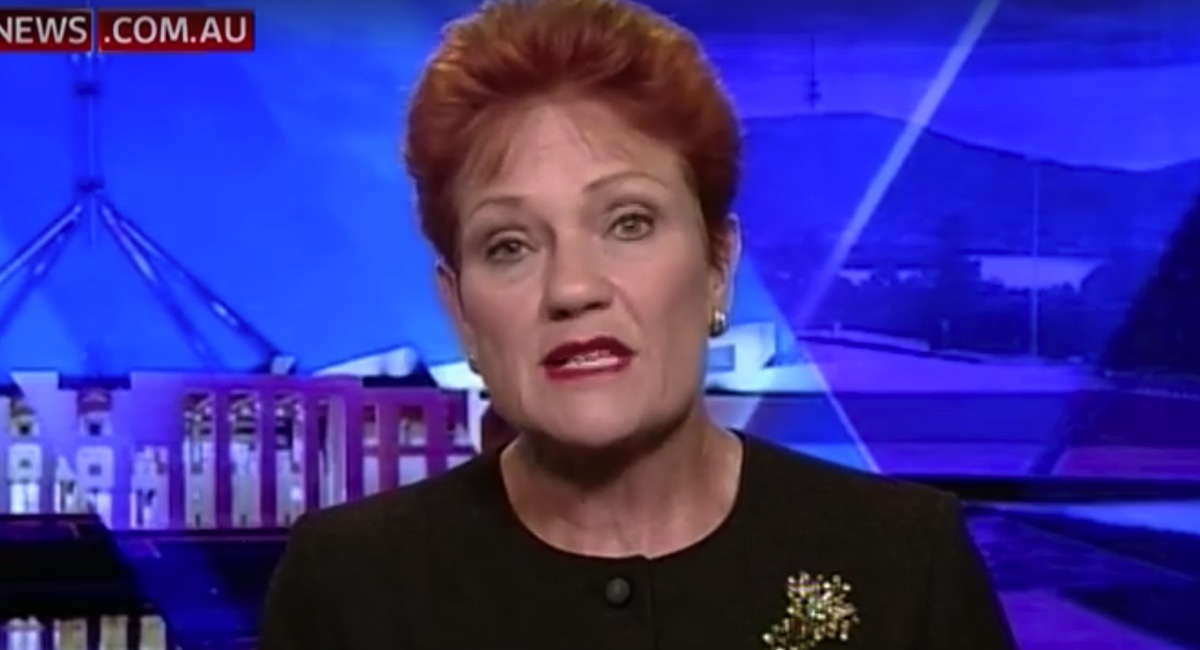 After some intense negotiating with the government, One Nation senators have given conditional support to the Media Reform Bill.

In a statement yesterday, Pauline Hanson‘s party said that in securing One Nation’s support, the government has agreed to make provisions for ABC reforms, greater community radio funding, and foreign ownership reporting:

The government agreed to pursue a number of measures designed to assist the ABC in increasing its regional focus, as well as its financial transparency and political impartiality.

“One Nation has been at the forefront calling for more transparency of wages at the ABC and we have received assurances from the government that they will be asking the ABC [and SBS] to start providing details of the wages and conditions of all staff, whose wages and allowances are greater than $200,000, similar to what is being implemented by the British Broadcasting Corporation,” senator Hanson said.

“The Government has also agreed to undertake a competitive neutrality inquiry into the ABC and to legislate a requirement for the ABC to be ‘fair’ and ‘balanced’,” Hanson added.

One Nation will support the media reform package in return for the Government implementing and introducing legislation, where necessary, to give effect to: 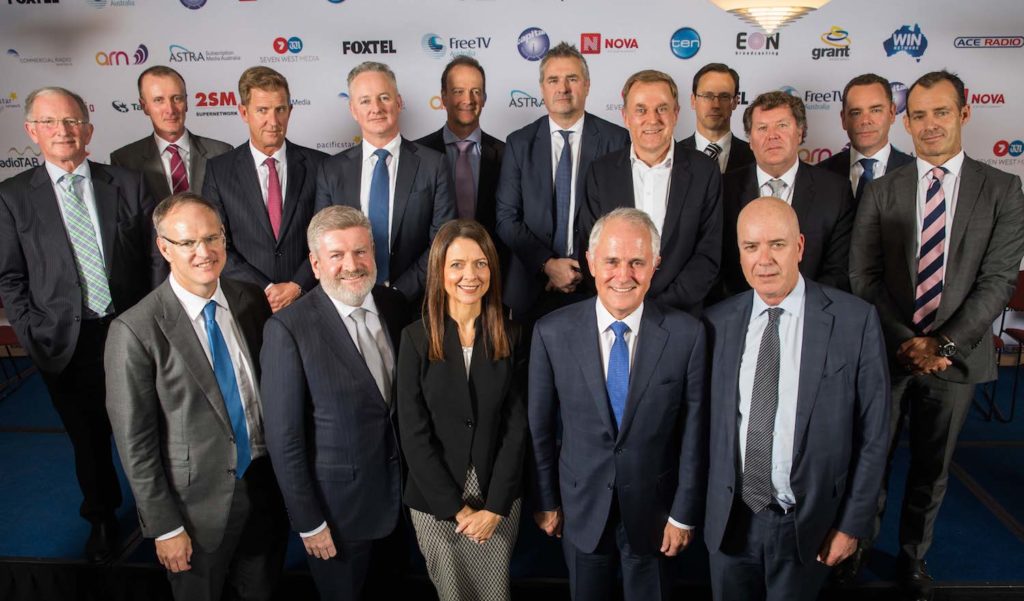 Mitch Fifield with Australian media CEOs in Canberra in May

The Minister released some detail about several of the specific new elements in the package: Pauline Hanson appeared on The Bolt Report last night on Sky News, telling Andrew Bolt she would like to see millions of dollars cut from the ABC’s $1b annual budget. “I will talk to the treasurer next year about this. There has been no deal done [this week] about the ABC’s budget. I will fight the battle about the budget when it comes up.”

However, the likelihood of the Media Reform Bill passing through the senate remains unclear after Senator Nick Xenophon indicated on ABC Radio this morning that his team would not support the bill with the additional elements added to appease One Nation.