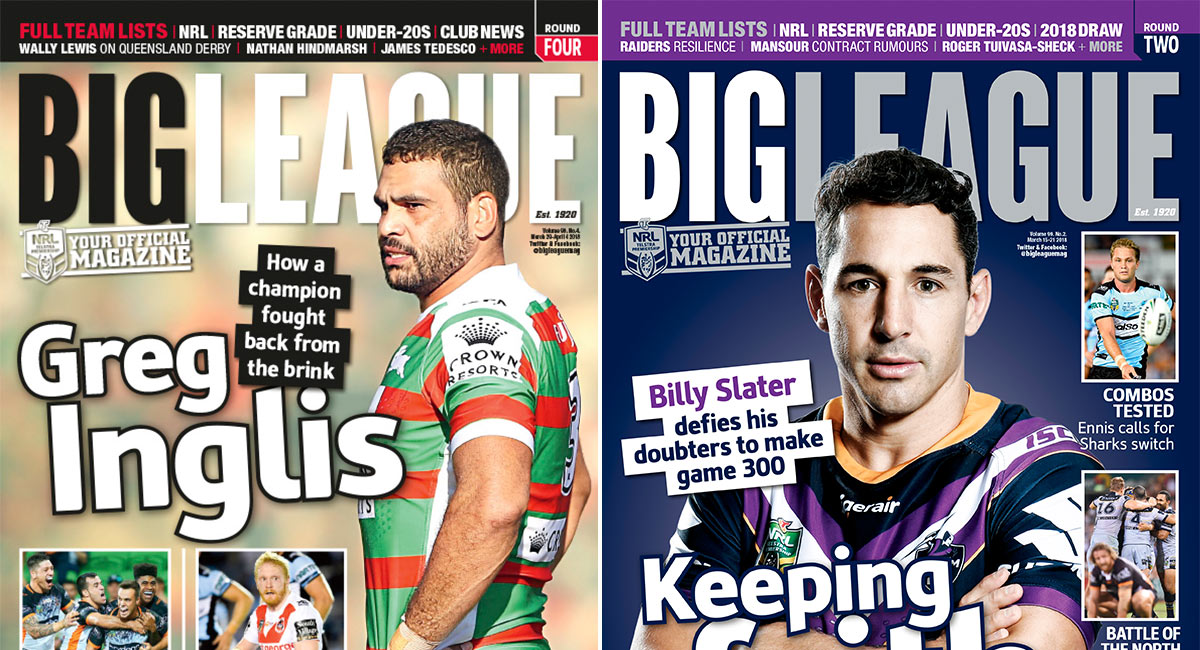 The editor of Australia’s only NRL magazine talks about the pressure to honour the game in print.

Ever since Rugby League Week closed down in 2017, there has been more pressure on Big League to honour the game of NRL in print.

The two brands had been each other’s biggest competition in the print landscape. One would think the editor of Big League is happy about having the market monopoly but this is not the case.

“We did have a spike in subscribers,” Big League’s acting editor Pamela Whaley told Mediaweek. “It was a sad day for us when they closed. We have been archrivals for such a long time. We have a greater responsibility to stick around and keep producing quality rugby league coverage.

“We are the only ones doing it in print magazine form at the moment.” Whaley is filling in as editor of Big League while Maria Tsialis is on maternity leave.

The magazine is in its 99th year. It was first published as The Rugby League News in 1920 and was rebranded as Big League in 1974. “To celebrate 100 years next year will be pretty special. It is always somewhere in the back of our mind,” Whaley said.

NewsLifeMedia’s Big League is a partner of the NRL sporting body and is the official magazine of the game. This partnership includes cross-promotion of the magazine on NRL.com and vice versa. Big League is an on-stand magazine, which is sold to customers via newsagents, supermarkets and subscription. It is also circulated inside sporting venues where matches are going to be played.

In terms of sharing editorial resources with NRL.com, Whaley said: “We don’t do a lot with them. We have our own editorial team but we write columns for each other so that we can both get extra content.”

The weekly magazine, which goes on sale on Thursdays, is “a preview magazine”. “We are always looking ahead at the games that are coming. We have all the team lists and game stats for the rounds coming. We are always one step ahead. We try to set the agenda for what people are going to be talking about in a week from now,” Whaley said.

Big League does not have a digital home. “It is something that would be handy,” Whaley said, “but at the same time, NRL has a website and we are its magazine. We are in a lot of people’s hands who don’t like to use digital.

“We use social media a lot. Our Instagram, Facebook and Twitter are important. It’s a way we sell subscriptions and let people know that the magazine is on sale.”

Round seven matches of the 2018 season will be played this weekend. It’s been over a month since the NRL kicked off for the year. Asked about her thoughts on this season so far, Whaley said: “The best thing about this season is that anything can happen week to week. Many of us are going so badly in our tipping at the moment.

“The teams that were doing well last year are not doing so well this year. There are a couple of underdog stories.”