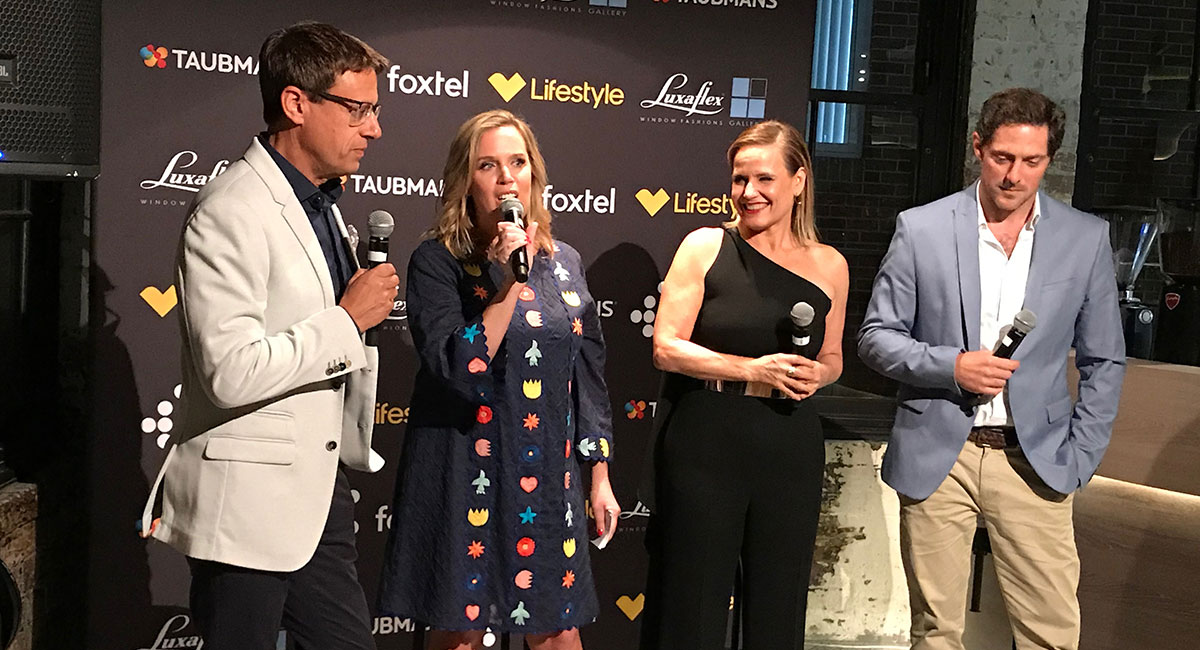 • Andrew, Shaynna and Charlie meet their fans and thank the sponsors

In all the hoopla surrounding the importance of live sport and Foxtel’s daring raid on cricket rights, it is easy to overlook the power of some of Foxtel’s other audience magnets.

None are any stronger than the Lifestyle group, which has built a library of brands that resonate with subscription TV viewers and keep them coming back for more all year.

The flagship of the Lifestyle group is the Beyond-produced Selling Houses Australia, which is midway through its 11th season. The formula is simple and has remained unchanged across the years – real estate, design and gardening gurus Andrew Winter, Shaynna Blaze and Charlie Albone turning an unsellable house into a marketable property.

To celebrate its 11th season, Foxtel’s Lifestyle organised a number of dinners where the show’s biggest fans had the chance to meet the hosts, asks questions about the series or their own renos, and even get a photo with the award-winning TV hosts. Lifestyle has held two dinners in Sydney this week at Olio restaurant where the TV series met some of its fans.

The general manager of Lifestyle and lifestyle.com.au Hannah Barnes hosted both the fans and the show’s supporters at the second of the two dinners this week.

Barnes also acted as MC at the event, displaying considerable talent working the room and interviewing Andrew, Shaynna and Charlie.

The Foxtel executive spoke with Andrew Winter about the early days of the show as he recalled the memorable first episode, which featured the makeover of a property just south of Sydney. Speaking about the latest season, the hosts revealed their favourite series 11 episodes. Andrew nominated Campwin Beach, Shaynna chose Tahmoor and Charlie opted for Balgownie. The Tahmoor and Balgownie episodes won’t screen until May.

Joining Barnes at the Lifestyle dinner were director of Foxtel networks & on demand Stephen Baldwin and Foxtel GM of advertising and brand partnerships Andrew Mulready.