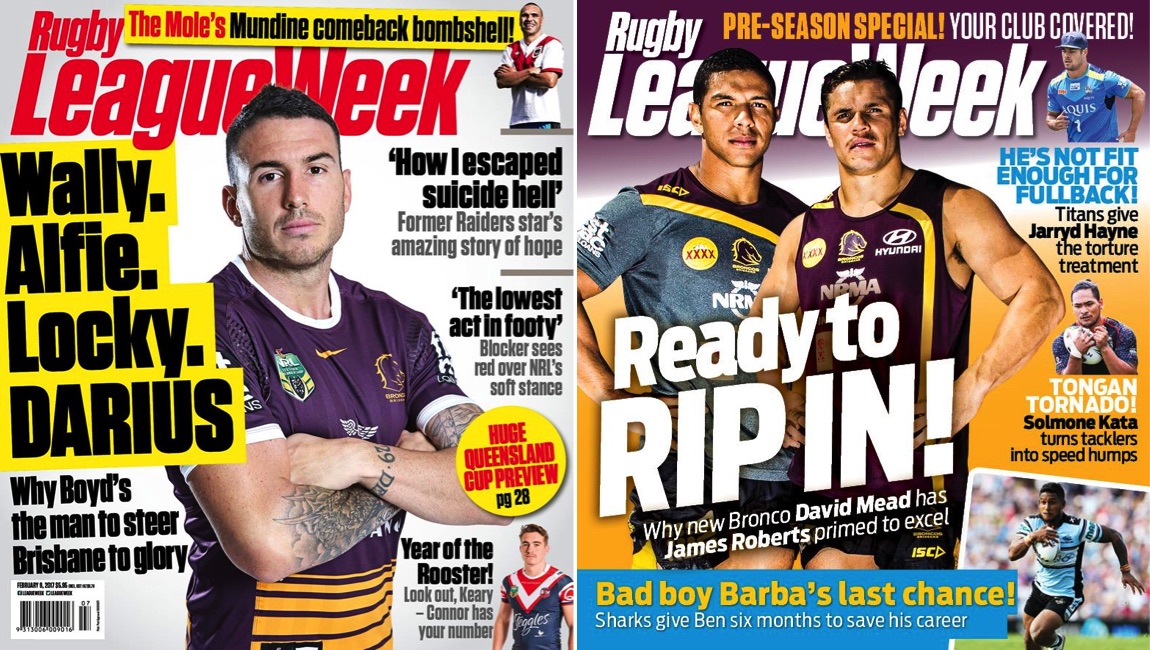 Nick Chan, CEO of Bauer Media, said: “For more than four decades, Rugby League Week has been a prominent voice connecting the game of rugby league to its fans. While it’s never an easy decision to close a brand with such a distinguished heritage, commercial realities and our focus on key consumer categories have led us to take this action.

“I want to thank all those who have worked on Rugby League Week over the years, in particular the current team of dedicated professionals led by editor Shayne Bugden and editor-in-chief Martin Lenehan, who have consistently produced outstanding league coverage for the audience.”

Bauer has reached an agreement with the NRL for it to acquire the Rugby League Week Immortals, in addition to the magazine’s historical archive.

The final double issue of Rugby League Week will be published on March 27.

Meanwhile the NRL yesterday confirmed it has agreed to purchase the rights to the Immortals.

CEO Todd Greenberg said the NRL would acquire the rights from Bauer Media Pty Ltd, which has owned the Immortals trademark.

This came after it was revealed Bauer would no longer publish Rugby League Week magazine or keep the title as a digital brand.

He said it made sense for the NRL, as the operators of the game, to own and operate the Immortals awards.

“There is no higher honour in the game for a player than to be named an Immortal,” Greenberg said.

“The fact that only eight players have been given the honour in the game’s history demonstrates how rare that someone is declared an Immortal.

“We are pleased that the NRL has been able to keep these items within the game because it has been such a great magazine which has played a key role in the history of Rugby League,” he said.