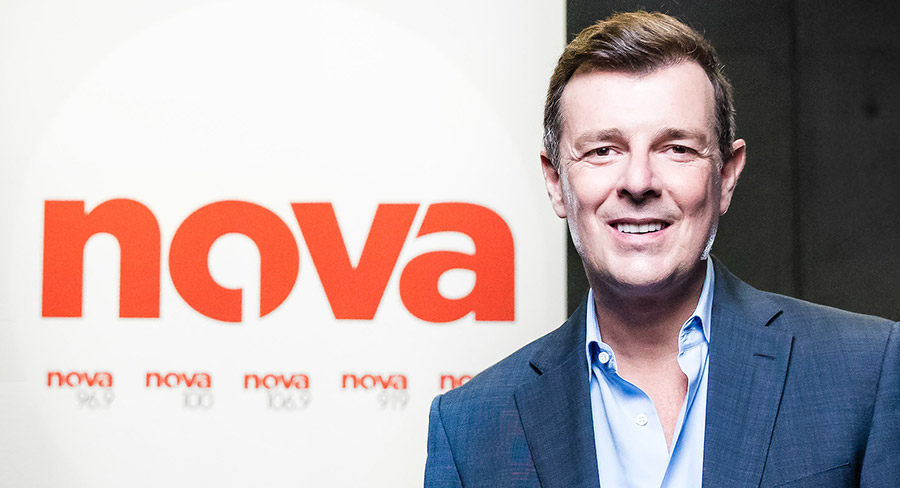 As distinct from ARN’s group claim, Nova calls itself the most listened-to metro network for people 10+ with a network cume of 3.38m. Nova also reports Kate, Tim and Marty are the #1 national drive show in share and cume.

Nova Brisbane has recovered nicely this survey, but it was Melbourne breakfast that didn’t do so well, with share down 1.6 to 6.4% to rank #5 FM breakfast.

“We had our three best books back-to-back for Chrissie, Sam and Browny [all above an 8% share], but today we took a bit of a bath unfortunately, which took some shine off the day from a Melbourne point of view,” Nova Entertainment’s group program director Paul Jackson told Mediaweek.

“The same for smoothfm where we scored a 9% share in the daytime. While that is a very good number, it is not so great by some of our previous results.

“For the rest of the country I was pretty pleased. We have had a pretty good year so far with very few bumps in the road.”

Jackson noted how important it is to keep an eye on overall trends. One poor survey can give a wrong impression about long-term performance.

“If Chrissie, Sam and Browny had held their previous position, the whole network position would be up. One result like this doesn’t mean the trend has changed for the Melbourne breakfast show.” Regarding the Brisbane result where Nova is equal #1 10+ and #1 again in breakfast, Jackson said: “Normal business resumes.”

One of the biggest movers in Brisbane was Greg Burns in morning with share up 1.3 to 12.9%, a bigger share than breakfast commands.

Jackson said he must continue to trust his ears, expecting the ratings to bounce back if shows continue to sound like they are performing well. “If you don’t you will start making knee-jerk decisions. Every station now and then has a survey where it doesn’t look right and says ‘we should have done better’. If there are three or four of those sorts of numbers then of course our necks are on the block!”

Jackson said he had been watching the arrival of Christian O’Connell at Gold 104.3. “I know him well and have worked with him in the past. He is a top class broadcaster and a very intelligent guy. He tells a great story and he will make a great radio show.

“However, he is very different to the marketplace and it remains to be seen if there are enough people in the marketplace who are up for that. I anticipate what might happen is the audience will churn. They will need to give the show time to build. It might go backwards before it can build a new audience. I appreciate that in the world now people are not very tolerant and people are quick to criticise.

“It is great to be able to attract people from all over the world who want to come to our country to be on the radio. The talent here is also very good – our standards are very high, which can only be good for radio.”

On the publicity that 2Day FM’s Em Rusciano has been attracting, albeit none of it very positive, Mediaweek asked Jackson if that can still be turned into a positive for the station.

“Absolutely. I imagine the objective now is to get Em to stay. She is a pro and has a profile – two things that are not easy to come by. You would imagine the station would rather continue with what they have got rather than start all over again.

“The publicity is probably what has helped push 2Day FM ahead in the survey. We will see how the rest of the year plays out.”