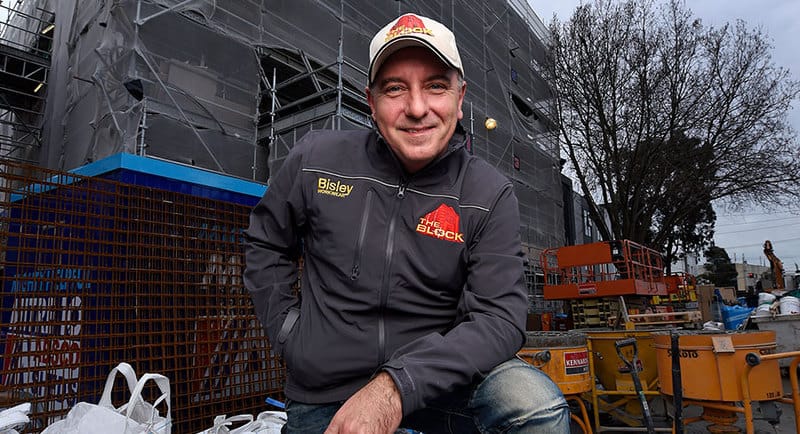 ‘I want a happy ending for the contestants, but I can’t make any promises’

The executive producers of The Block have done an impressive job steering Nine’s #1 franchise through a year that was impacted by Covid-19. They have one final challenge though as the auctions being held this weekend will be impacted by State Government restrictions on crowds.

When Mediaweek spoke to co-executive producer Julian Cress (pictured above) on Monday, he was onsite at Brighton testing some equipment for next weekend’s auctions of the five properties from season 16.

“We have been really lucky,” Cress told Mediaweek, referring to how the season managed to navigate Covid-19 lockdowns.

“We managed to finish the renovations before the Stage 4 restrictions returned to Victoria. We were able to complete the show and get it to air on the original schedule which was remarkable in itself.

“We were also lucky that property inspection restrictions were eased on the day that the campaigns began to sell the properties. That was because of the hard work of 6.5m people in Victoria.

“We now face restrictions for the auctions which is fine. It will be a little tricky because we are only allowed to have 10 people plus the agent at an auction. Sadly, three of those people have to be camera operators which cuts it down to seven. Unfortunately, those auction restrictions ease up on Monday, but we have to complete the auction this weekend.

“We will also have to be outdoors and we can have up to seven bidders at each of the auctions.”

To let more people take part in bidding, The Block has teamed with one of its commercial partners, Spirit Internet, to secure a 200mbps microwave internet link to set up a Zoom channel for bidders who can’t attend the sales.

As to the level of interest in the properties, Cress said: “It has been relatively strong, but regardless I always feel like I am staring down the barrel of a gun at this point in every series. Clearance rates have recently been close to 60% which indicates three of our five properties. I am always hopeful we will sell 100% and we often do, but it is hard to know.”

The fact that anything can happen at an auction is one of the reasons people stick with the series until the very end, said Cress. “It is all up to the buyers to turn up and bid, we are not in charge of anything that happens that day. The show is exciting to watch because nobody knows what will happen.

“That’s also what keeps me up at night because while the show has been a success with great ratings this year, I want a really happy ending for the contestants. They have put in an inordinate amount of work this series through the most difficult circumstances any contestants have ever faced.

“They deserve to be well rewarded for that work, but I can’t make any promises.”

Properties haven’t always sold at auction, with one of the Elsternwick properties in 2017 being passed in, although it sold soon after. 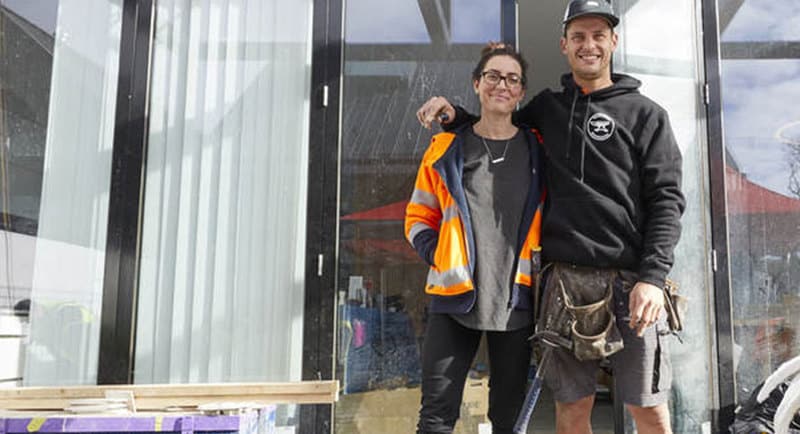 Luke and Jasmine on site at their Brighton property

The year that most people remember for being disappointing was 2014 in Prahran. “We called that the Glasshouse which was probably one of our worst results. A property passing in is kind of OK because we can still sell it and later and give the contestant a profit. The worst situation is when a property sells at the reserve price, or just above it. It can be heartbreaking to see a contestant walk away with $10,000 after three month’s work.” Two couples walked away with $10,000 on that season, another couple got $40,000.

Cress noted everyone enters knowing they are not guaranteed life changing money and that just one will win at least $100,000. “We pray that they will and they certainly deserve it.”

On the penultimate episode of the season on Sunday, judge Darren Palmer reckoned this was the best season ever. Does Cress agree?

“The feedback we have had the agents and buyers is that in terms of quality, these houses are second to none. It is remarkable they were able to execute to the standard they did given the challenges across the season.”

Regarding next year, Cress said it is difficult to bring the schedule forward in case there are more pandemic impacts. “Victoria has done such a great job getting through this and I’d be very surprised if we saw a resurgence that put us back in a Stage 4 situation again.

“We are proceeding on the basis that we will be in a Covid normal state when we start in February. We certainly learnt a lot of lessons this year and we will be able to pivot if we have to.”

The casting of season 17 is currently underway with the casting team only now able to travel interstate to meet with potential contestants. Cress said he won’t know who is on the next season until January 2021.