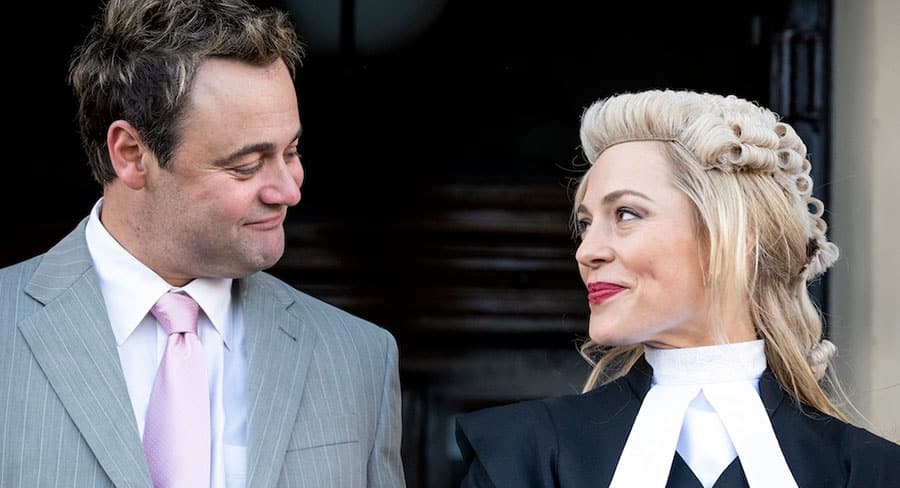 Nine is on track to enjoy its best ratings share performance in more than a decade.

That was the key headline from Nine as it outlined its 2020 programming schedule which, not surprisingly, is a lot like the 2019 schedule that delivered audiences.

Here are some of the key points from Nine’s Upfront programming presentation:

Key to the network’s success is a year-round schedule of premium content that delivers proven consistency of audience across all advertiser-preferred demographics.

It is this reliable slate of family-friendly programming that will see Nine crowned Australia’s No. 1 network for 2019 with the demographics most highly sought after.

Nine doesn’t talk about an all people win, but it is currently on track to possibly take that title away from Seven this year. 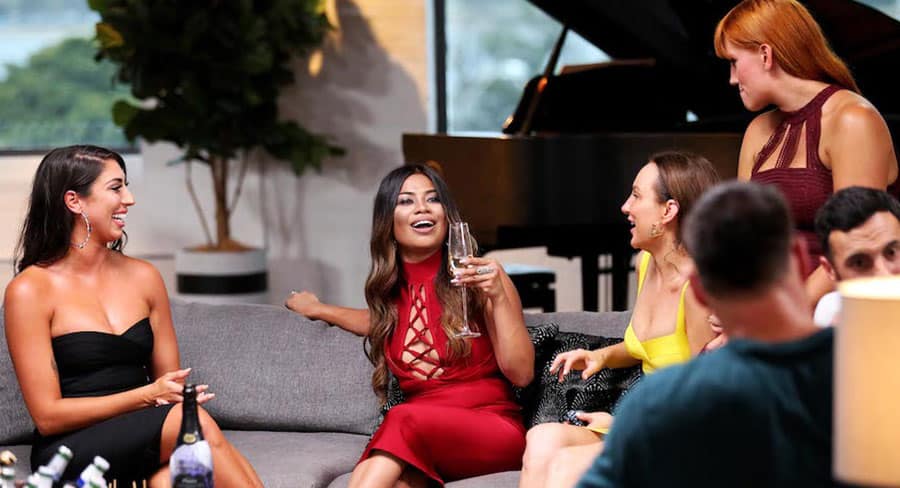 Australia’s No. 1 series, Married at First Sight, will return in 2020 for its seventh season, delivering another combination of love and fireworks.

Relationship experts John Aiken, Mel Schilling and neuropsychotherapist Trisha Stratford will pair 20 singles from across Australia, using a mix of neuroscience and psychology, with the goal of creating 10 perfect matches.

Married at First Sight is produced by Endemol Shine Australia for Nine. 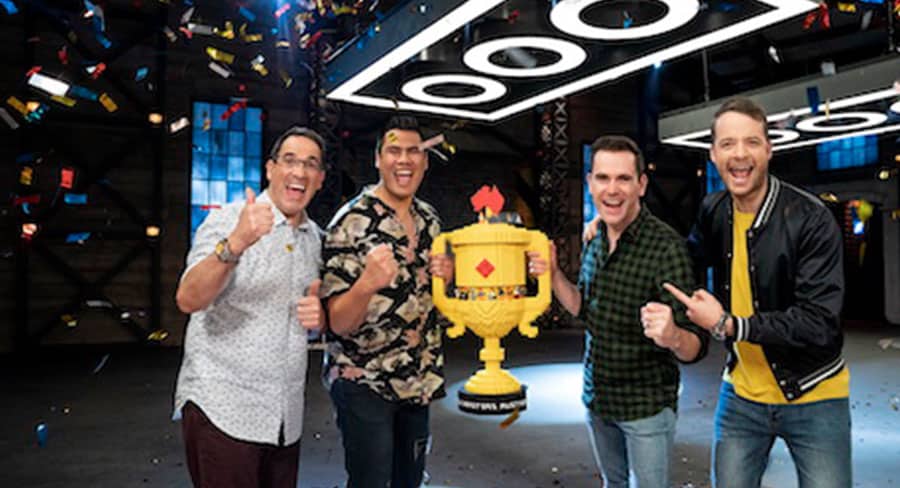 Lego Masters burst onto our screens in 2019 and quickly established itself as the breakout, smash-hit new program of the year. Unlike anything ever seen on Australian TV, LEGO Masters pits Australia’s best Lego builders against each other as they create mind- blowing models and masterpieces that must be seen to be believed.

The feelgood family-friendly format was a ratings phenomenon, with more than 2.3 million viewers tuning in for the final episode. LEGO Masters returns in 2020 with host Hamish Blake, resident judge Ryan “Brickman” McNaught, and eight new pairs of passionate creators duelling it out in extraordinary new challenges.

LEGO Masters is produced by Endemol Shine Australia for Nine.

The Voice Australia is back in 2020 for its ninth series. And for the very first time, all four superstar coaches are back too. Kelly Rowland, Delta Goodrem, Guy Sebastian and Boy George return to the famous spinning red chairs to discover the next wave of Australia’s most talented artists.

A new batch of All Stars will return to take on the newbies in their quest to win $100,000 in prizemoney and a recording contract.

The Voice Australia is produced by ITV Studios for Nine.

Australian Ninja Warrior is returning to Melbourne for its fourth season.

In 2020 Nine is promising new obstacles and a new twist as competitors from all over Australia tackle the world’s toughest obstacle course.

The competition will be set on fire with Ninjas more desperate than ever to be furthest fastest and take home the prize of $100,000. But the greatest prize of all awaits. Make it up Mt Midoriyama and the prize jackpots to $300,000 and the title of Australia’s First Ninja Warrior

In 2020 there will be a special event series that pits the best of the best against each other in a knockout challenge. Rebecca Maddern, Ben Fordham and Freddie Flintoff will be there to take viewers through every second of the action. 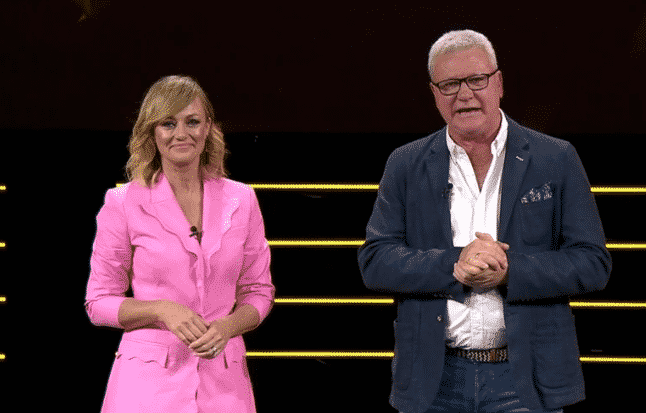 After 15 seasons, The Block moves to the affluent Melbourne bayside suburb of Brighton. The setting is a huge block of land just a hop, skip and a jump from the Golden Mile, a colloquial term given to the prestigious property strip running along the foreshore of Port Philip Bay.

Host Scott Cam will welcome a new batch of Blockheads as they get ready for the ultimate renovator’s delight.

The Block is a Nine production in conjunction with Cavalier Television. 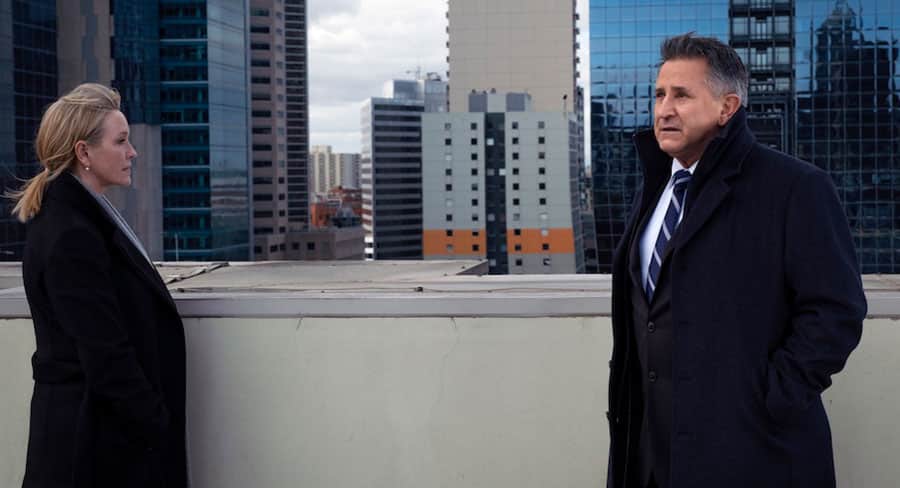 Jane Halifax (Rebecca Gibney) is a rock star in the field of forensic psychiatry, and after years on the police frontline she has carved out a new career as a university professor.

Halifax: Retribution is a Beyond Lonehand Production for Nine with major production investment from Screen Australia, in association with Film Victoria.

The series will mark the return of some members of the Underbelly crew. Gyton Grantley (House Husbands, The Dressmaker, Balibo) will reprise his role as Carl Williams and Robert Mammone (Fat Tony & Co., Mystery Road, Water Diviner) will again play Tony Mokbel.

Informer 3838 is being produced by Screentime, makers of the hit Underbelly series, with assistance from Screen NSW. Filming commenced in Melbourne last week.

Brave mums and dads who believe their parenting style is the best will be put to the ultimate test in The Parent Jury.

In this controversial new series, opinionated mums and dads will take turns judging each other’s parenting styles. Helicopter parents, tiger parents, free-range parents, designer parents and strict authoritarians will all show how they bring up their families with a view to convincing the group that their way is best.

Step Back In Time

Step Back in Time, a variety show coming to Nine in 2020, will offer viewers a blast from the past through a familiar lens.

The show will celebrate key moments in pop culture from TV, movies, music, news, sport, advertising and technology, with each episode focusing on a particular era.

The program that all comes together in front of a live studio audience.

Emergency is a new medical observational documentary series with unprecedented access to one of Australia’s busiest hospital emergency departments.

In the spirit of the best medical dramas, the doctors and nurses of the Royal Melbourne Hospital emergency department are the real stars.

The series reveals the extraordinary compassion and incredible skills of the doctors and nurses as they treat more than 250 patients who come through the doors of the emergency department every day.

Emergency tells the stories of the patients through the eyes of the doctors and nurses who are literally saving lives every day.

Emergency will be produced by WTFN, creators of Nine’s hit series, Paramedics.

Taronga: Who’s Who In The Zoo

Every year millions of visitors from around the world pass through Taronga Zoo’s gates to get a glimpse of some of the most amazing creatures on the planet. But what people don’t see is the incredible and groundbreaking work that goes on behind the animal exhibits – until now.

New to Nine in 2020 comes the exciting behind-the-scenes documentary series Taronga: Who’s Who In The Zoo. In this series viewers will get to see just what it takes to run one of the world’s most famous and magnificent zoos, with no area off limits.

Taronga: Who’s Who In The Zoo is produced by McAvoy Media for Nine.

Returning series to Nine in 2020 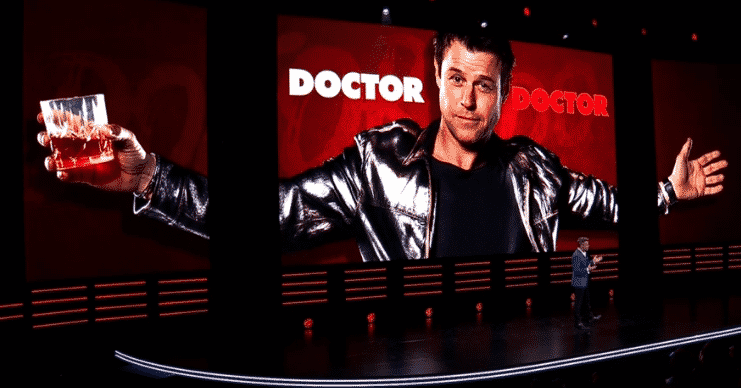 Based on an original idea by Tony McNamara and Ian Collie, Doctor Doctor is produced by Easy Tiger Productions for Nine with the assistance of Create NSW.

It’s the most epic season of Travel Guides yet as the holidaymakers hit Europe, the Middle East, USA, Africa, Asia and undiscovered corners of Australia.

Paramedics is a documentary series offering unprecedented insight into the daily lives of emergency service heroes.

Produced with the help of Ambulance Victoria, the series features unrivalled access to paramedics, with vision captured from up to 60 cameras rigged in ambulances, helicopters and on motorbikes.

Go behind the lines of the South Australian Police Force and their random breath testing operations for the very first time with all-new RBT.

Narrated by Andrew Daddo, RBT will again capture all the drama and danger that police face every day in their relentless campaign against drink and drug driving.