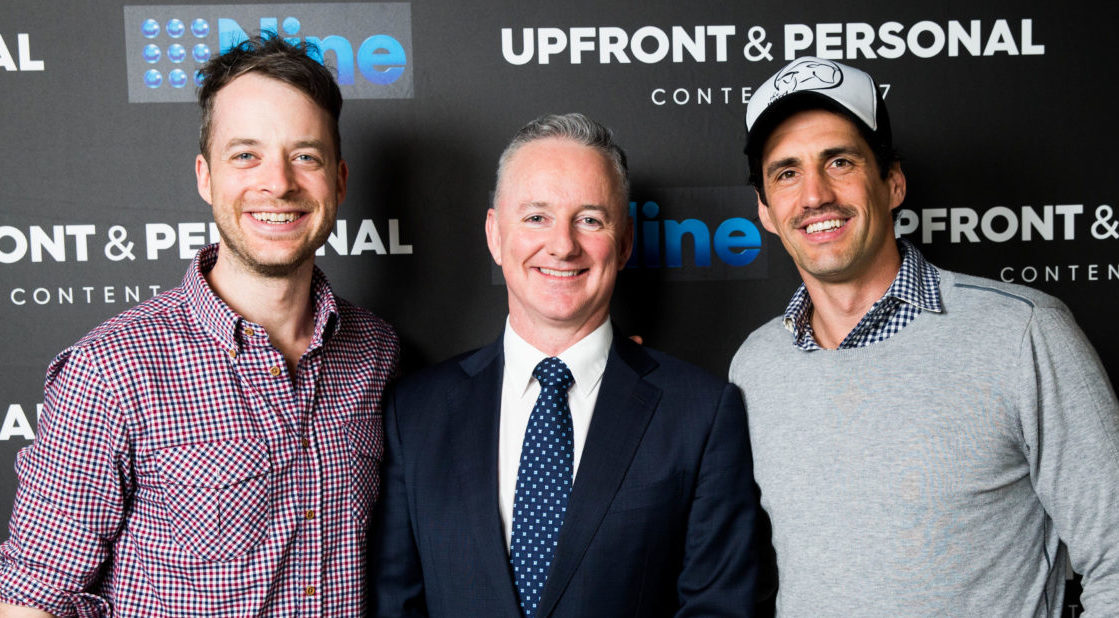 Underbelly is back, Nine starts a food franchise, Hamish and Andy and Karl in primetime

In the past six months Nine Entertainment Co (NEC) has gone to market four times with launch events targeted at advertisers and media buyers in an effort to secure and grow its advertising revenue.

As Nine chief executive Hugh Marks reminded Mediaweek at the 2017 Upfront: “We are in show business and we need to reflect that in our communication with the market.”

At the start of the long five-hour Upfront, Marks explained to advertisers the presentations would take them inside the business, giving Nine a chance to share its vision, as the company positions NEC as “the leading media business of the future”.

Marks added the key to their success will be great content, great people and world class platforms. “We are doing something different – a whole of business presentation. It is an important step to the Nine of the future. 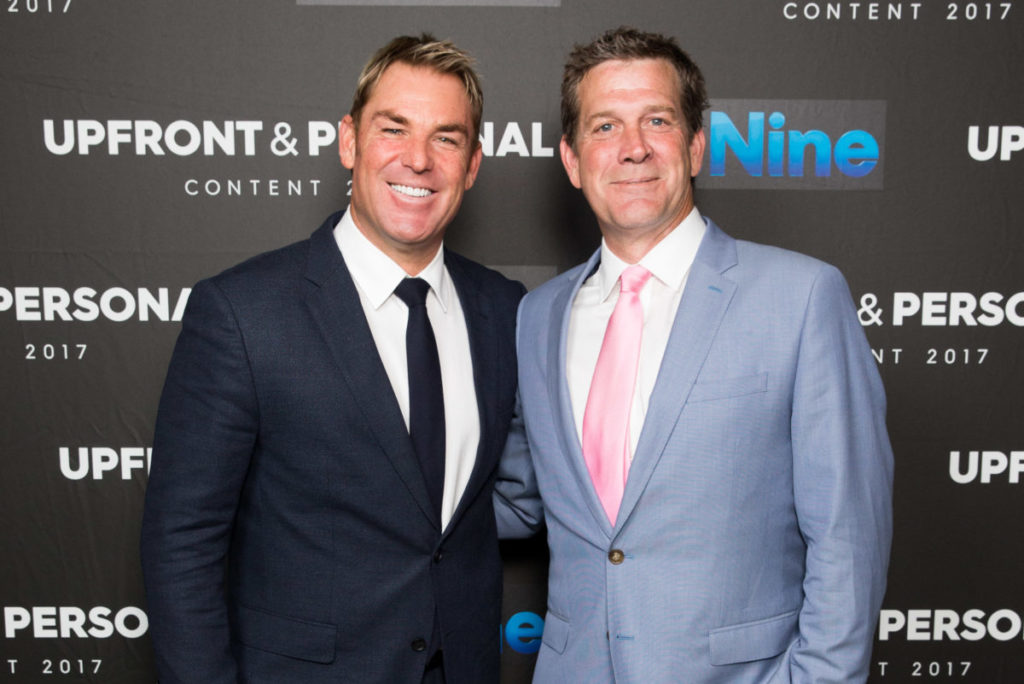 “For the fifth year running Nine is again #1 6am to midnight across all four channels in the demographics that matter to you – 25-54, 16-39 and grocery buyers with children.

“In primetime 6pm-midnight we lead in those same demographics other than 16-39 where it is a close race to the finish.”

Marks also reminded people of the broadcaster’s digital initiatives this year. “We achieved more video stream in 2016 than any other Australian publisher, all delivered to audiences in highly curated, brand safe environments across all devices.

“Nine is the most consistent media company when it comes to connecting to the audiences you want to speak to – year-in, year-out. But we can do better – good must become great. We must improve our main channel performance in primetime at the start of the year to match our midyear performance and end-of-year dominance.

“We must continue to build Australia’s largest digital publishing network. We must improve the ease of trading with Nine as well as improving our ability to build enduring partnerships with agency partners and clients. “Our business is simple – create great content, the best content, distribute it broadly and engage audiences and advertisers alike. In a world that may seem increasingly complex, one thing remains absolutely true – the value of premium content that both entertains and engages.

“It is Nine’s history and it will be Nine’s future. It’s the thing that we have that others don’t.”

He promised that in 2017 Nine would have 50% more hours of premium primetime entertainment. “Nine will redefine the premium content experience. We have dedicated ourselves to creating the biggest slate of shows we have ever delivered. It will be complemented by an array of enhanced premium content across our digital channels.”

At each Nine event this year it has updated the market on the growth of 9now.com.au with the number of sign-ups now over 2.2m. “We have truly embraced non-linear broadcasting,” said Marks. 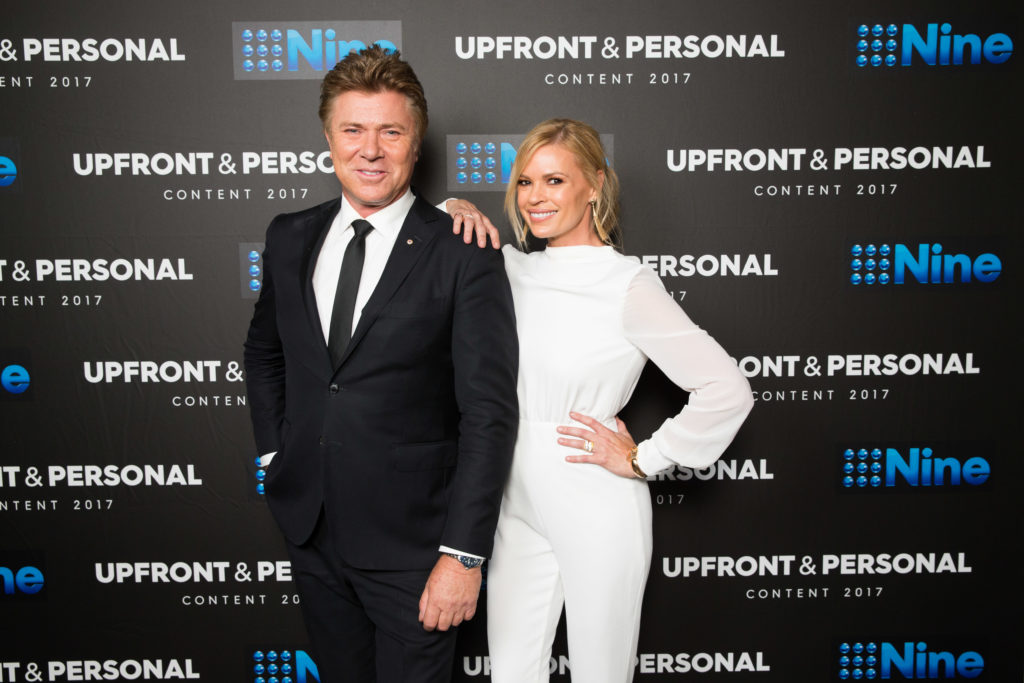 Nine fitted out its 2017 Upfront venue The Star with a stage that would not have looked out of place on a big-budget variety show with rotating couches, stairs and glamorous backdrops.

After CEO Marks left the stage talent took over for much of the rest of the afternoon, which was split by a drinks interval.

First up – Hamish and Andy. “It’s good to be home,” said Hamish Blake, introducing pants-off Tuesday to the audience. “I was told to relax, and this is how I relax.”

The rest of the afternoon featured Nine executives and stars from all parts of the business covering news, entertainment, sport and special events.

Laurie Oakes and Karl Stefanovic were live from New York, newsreader and 60 Minutes contributor Peter Overton was live at the event and then presented a live news update for that evening’s news after he arrived back at the Willoughby studios. Deborah Knight spoke about the importance of regional TV news and then SCA’s CEO Grant Blackley was on video talking about the new regional bulletins. (Blackley was also in the audience along with some of his SCA colleagues.) 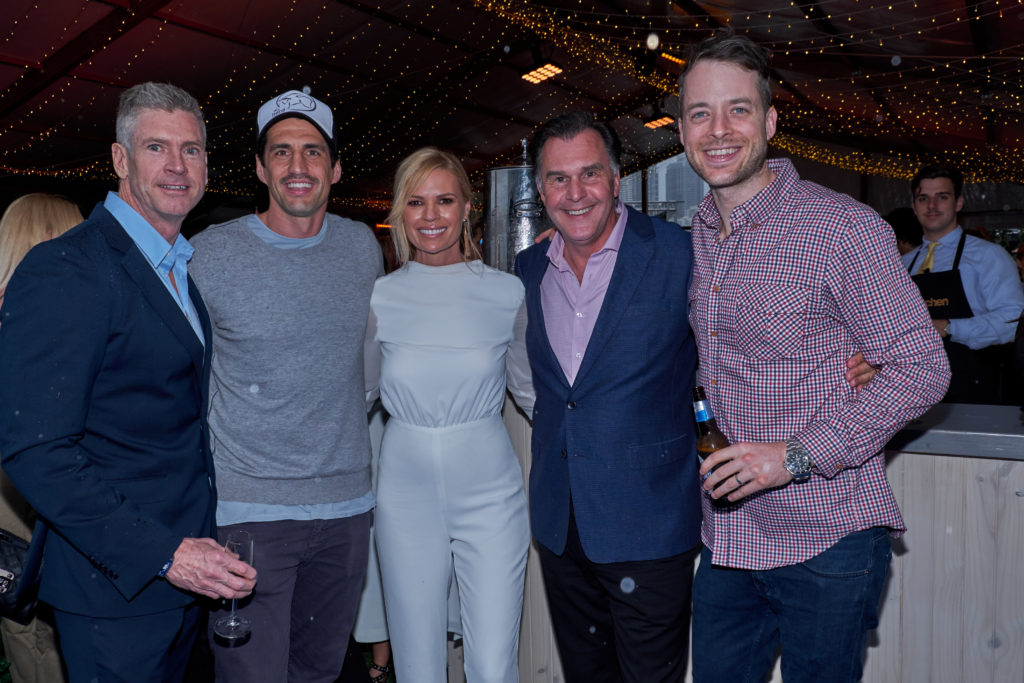 Michael Healy with Hamish and Andy, Sonia Kruger and their manager Mark Klemens

Delta Goodrem spoke about The Voice 2017 and confirmed that Seal would be returning as a coach. 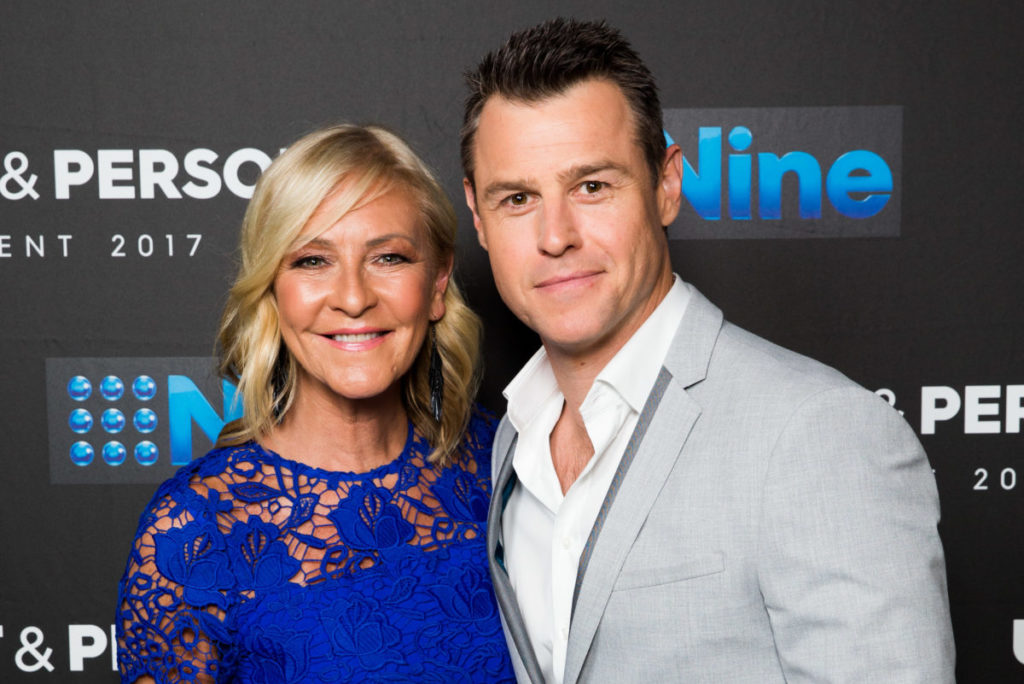 Married At First Sight: The series will get the Enedmol Shine treatment and start off the survey year, up against My Kitchen Rules and I’m A Celebrity…Get Me Out of Here.

Family Food Fight: Another food show and another commission for Endemol Shine Australia.

Hamish and Andy: Busy year for the comedy duo and their Radio Karate production business. They will return to drive for Southern Cross Austereo’s Hit Network and they will also be on Nine with a 12-episode series midyear.

This Time Next Year: Karl Stefanovic in primetime with the show we have all been waiting 12 months to see.

The Last Resort – Love Me Or Leave Me: Another relationship show with couples in a social experiment on a tropical island. What could possibly go wrong – viewers will be hoping quite a bit. To be produced in-house at Nine.

Chopper: Or to give it the full name – Underbelly Files: Chopper. The Screentime team back with Nine doing what they do best – real crime. Another six-part doco series from Screentime for Nine is Murder Calls which looks at six infamous murder cases.