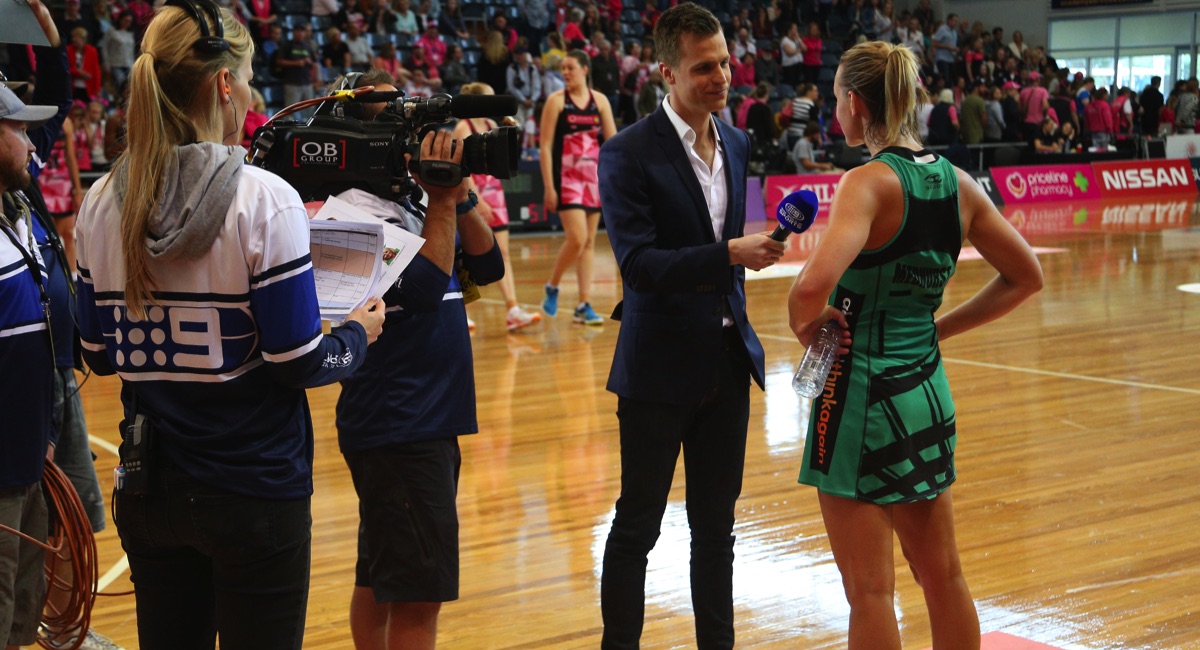 The eight teams will play four games per weekend

Nine’s biggest sports launches of the year are tomorrow’s NRL season and then in late 2017 England’s Ashes Tour.

However, an equally important, if somewhat lower key, was the launch of the Suncorp Super Netball. Three games were played back-to-back on February 18, delivering reasonable audiences in the league’s new Saturday late afternoon and primetime timeslots on 9Gem.

In future weeks the eight teams will play four games per weekend – two to be broadcast live on 9Gem (with the others on delay) and the others live via Telstra TV. SYDNEY, AUSTRALIA – FEBRUARY 18: Giants fans celebrate after the round one of the Super Netball between the Giants and Swifts at Sydney Olympic Park Sports Centre on February 18, 2017 in Sydney, Australia. (Photo by Mark Nolan/Getty Images)

Nine’s managing director Amanda Laing was integral to discussions to launch the new competition, securing Nine as a broadcast partner along the way. In addition to being FTA broadcast partner, Nine is working with Netball Australia to commercialise all opportunities.

The league launches after some great broadcasting outcomes for women’s sport in recent weeks including The Big Bash League, The AFL Women’s League, the final of The W League and the Women’s Australian Golf Open.

“We are excited about how Australian audiences are embracing netball on 9Gem,” said Amanda Laing after the initial day of competition. “The decision to move the game to primetime has been clearly validated. With an overall national reach of more than 850,000 viewers, it is clear that netball is well on its way to becoming a staple of Saturday night sports viewing.”

As Nine’s network head of netball Keeley Devery told Mediaweek’s Kruti Joshi earlier this month, she is pushing the network to broadcast the live netball games on the primary channel on Saturday nights.