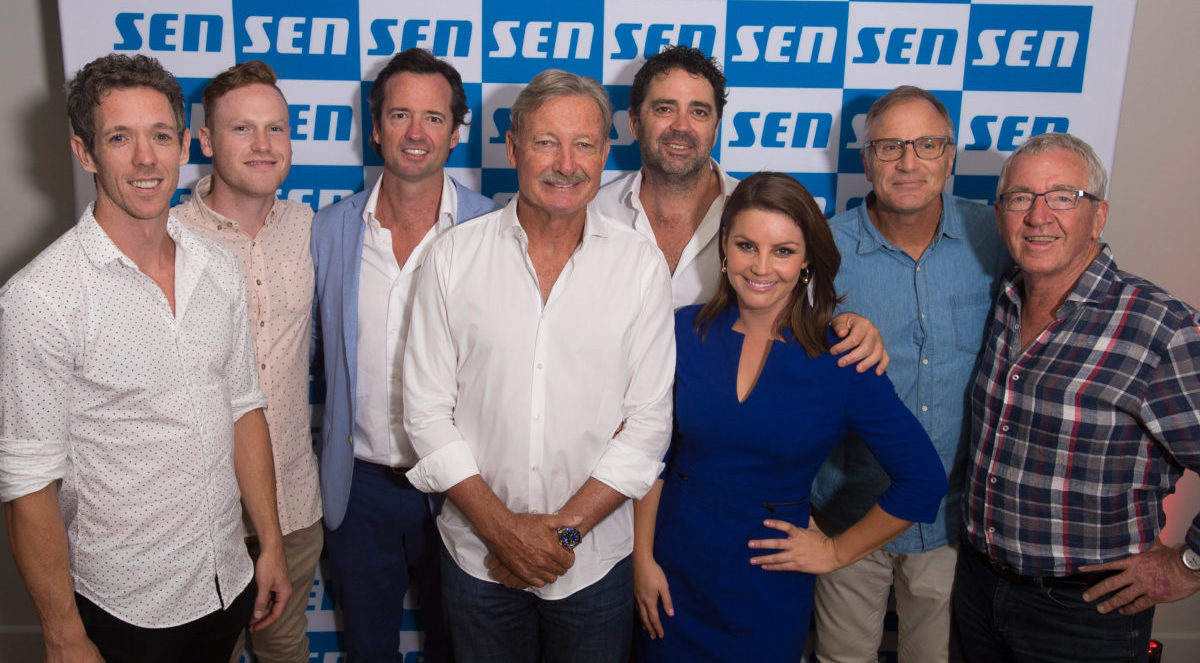 A who’s who of the sporting world celebrated the launch of the new-look SEN 1116 at a launch party at Greenfields in Albert Park last night.

The event put a spotlight on the talent across the SEN 1116 platform which includes Garry, Tim and Hamish for breakfast, 1116 SEN morning favourite Kevin Bartlett, Francis Leach in the afternoons and David Schwarz and Mark Allen for The Run Home drive show.

The breakfast show’s Hamish McLachlan hosted a panel discussion with SEN 1116’s on-air talent. The group discussed their plans for 2017 and all the hottest topics in sport.

General Manager of 1116 SEN Cathy Thomas told her guests 2017 is already proving to be a great year for the station.

“1116 SEN talks more sport than any other station in Melbourne and this year we have raised the bar when it comes to the level of sporting expertise and analysis provided to our listeners.

“The Garry, Tim and Hamish breakfast show is proving to be at the forefront of the biggest stories in sport and coupled with the calibre of talent who make up our new-look AFL commentary team, SEN 1116’s expertise and analysis is unparalleled.”