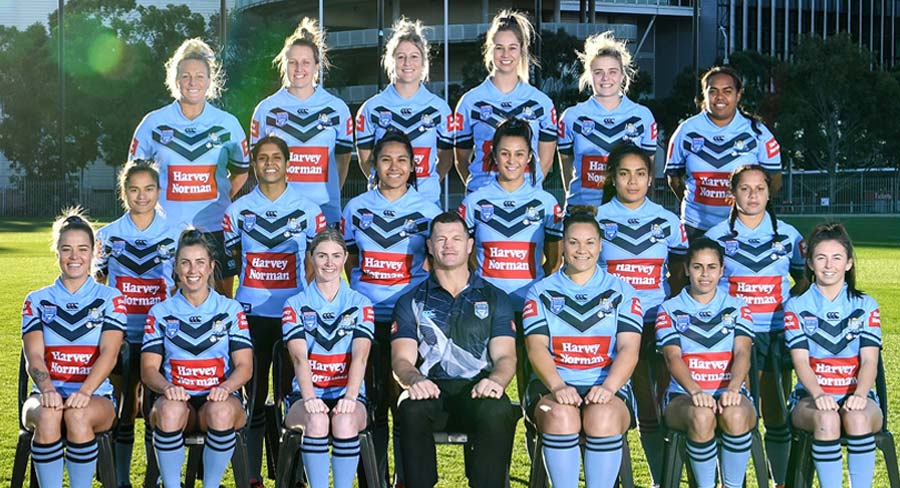 The coverage will be hosted by James Bracey and he will be joined by Ruan Sims and Allana Ferguson.

A blockbuster weekend of rugby league on Nine’s Wide World of Sports will be kick-started with the first ever Holden Women’s State of Origin live on 9Gem from North Sydney Oval on Friday at 5.30pm.

Host James Bracey will be joined by injured NSW captain Ruan Sims and former Jillaroo Allana Ferguson for pre- and post-game analysis, with Sims and Ferguson also keeping a close eye on the action from the sideline.

In the commentary box Mat Thompson will call all the action alongside former Jillaroo Jo Barrett and the NSW Blues’ most successful coach, Phil Gould.

Nine commentator Ruan Sims said: “There are a number of great match-ups across the park, but keep an eye on the halves pairings of Ali Brigginshaw and Zahara Temara for Queensland, and Maddie Studdon and Lavina O’Mealey for NSW. The Blues will rely on current Dally M winner Simaima Taufa and former winner Kezie Apps to show the way in the forwards. “The Queenslanders will relish the opportunity to wrestle back the title, with Brittany Breayley and Karina Brown completing a lethal spine for the Maroons.”

Nine’s director of sport Tom Malone said: “We are incredibly excited to be broadcasting the first ever Women’s State of Origin on Nine. Wide World of Sports has led the way in women’s sport through our association with the Southern Stars and the Jillaroos, and of course Super Netball.

“Along with our broadcast partners Holden and Harvey Norman, we are so proud to be part of this great initiative from the NRL – the first ever, stand-alone Women’s State of Origin. How good is that!”