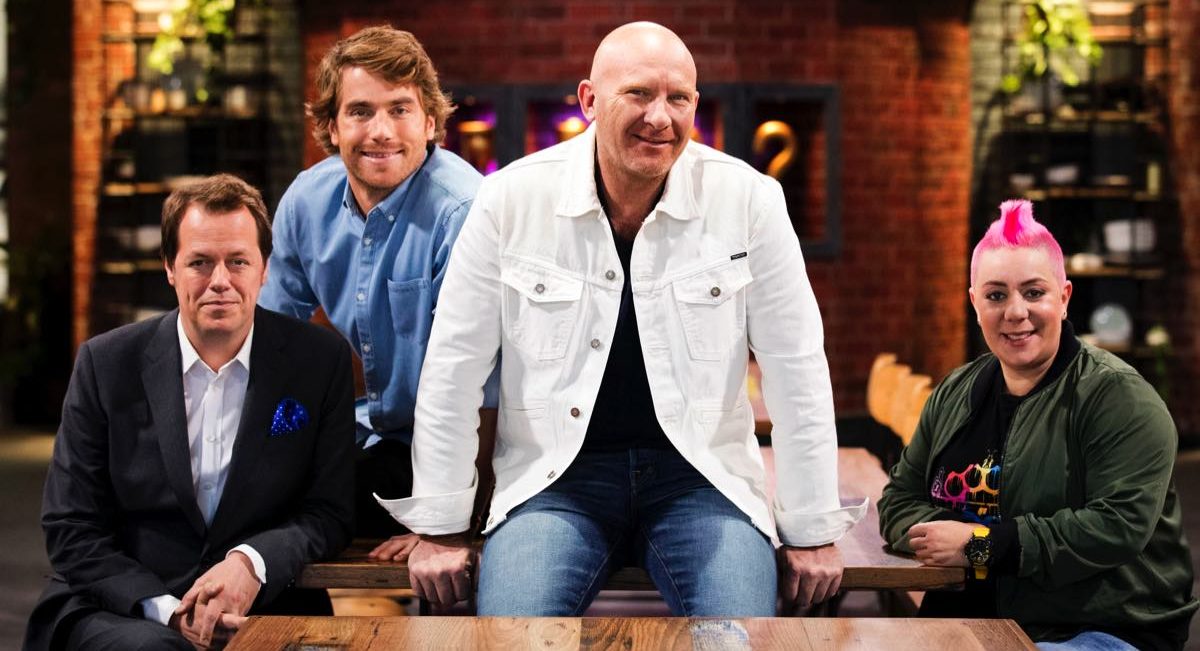 Family Food Fight judges talk about the making of the show

Multiculturalism is the key ingredient for Nine’s upcoming cooking reality TV show Family Food Fight. The homegrown format will pit families from diverse backgrounds against each other to determine who is Australia’s #1 food family. The winners will also walk away with $100,000 prize money.

Mediaweek spoke to Moran, Quinn and Polyviou about the making of the show during a trip to Melbourne earlier this year.

“I like the concept of families and a feelgood show,” Moran told Mediaweek. “The show is about families and home-style cooking, which is something I love. Because I have fine dining restaurants, people automatically think that that’s the type of food I eat all the time. But it’s not.

“What I have seen some of the contestants do has absolutely blown my mind.”

Polyviou agreed with Moran. Participants on shows like MasterChef Australia and My Kitchen Rules are expected to deliver food that is restaurant quality. However, this is not the case with Family Food Fight.

“We don’t want to see a restaurant dessert. We want to see people showcasing what they cook at home,” Polyviou said. “I have put on a few kilos from just tasting the stuff. [Laughs] We are supposed to be tasting, but I am sitting there eating.” 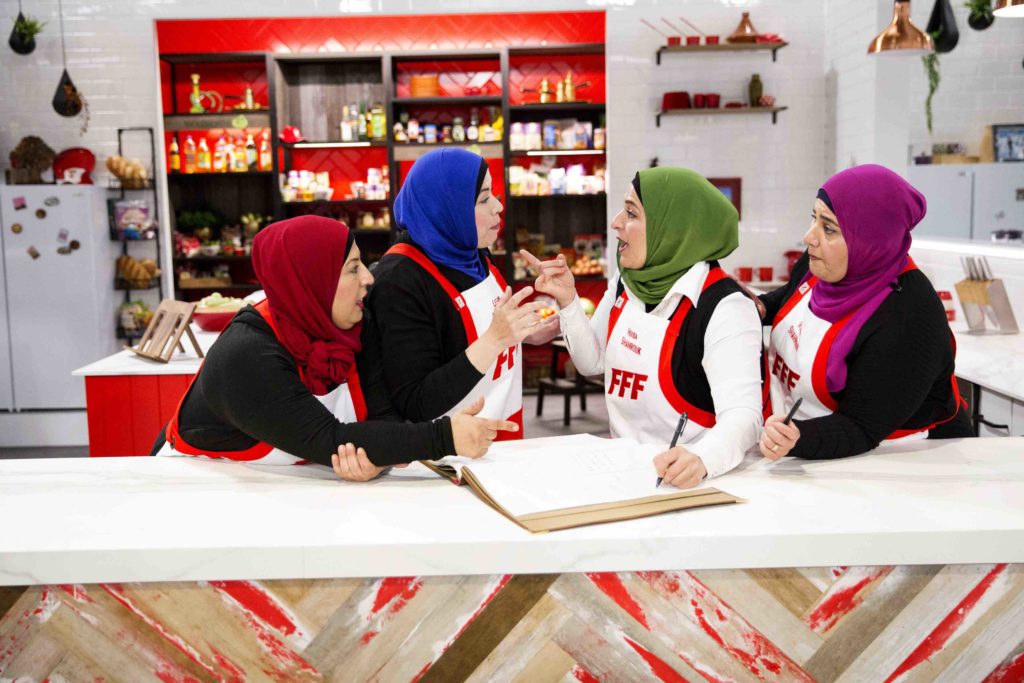 She has previously appeared as a guest judge on the last three seasons of MasterChef Australia. This experience, she said, gave her some training for her first ever regular appearance on a TV show with Family Food Fight.

“I am very lucky that I have Hayden, Matt and Tom, who have all done TV. Being surrounded by people like that is a big plus,” she said.

Polyviou revealed to Mediaweek that she has been offered other reality cooking TV shows in the past. However, something about Family Food Fight “felt just right”.

Like Polyviou, Quinn also said he was counting his lucky stars for having an experienced TV presenter like Moran and food industry veterans like Polyviou and Parker Bowles standing next to him. Quinn was first exposed to the world of lights, camera and food in 2011 at the age of 22 as a contestant on MasterChef Australia. “That was a shock to my system,” he said [Laughs].

Since his time on the long-running Ten reality show, Quinn has gone on to forge a relatively successful career in the food industry with a column in NewsLifeMedia’s delicious. magazine, a TV show and two books. “The food and the style of Family Food Fight really sit with who I am,” he said. Quinn admitted that being a judge is a whole new ball game to being a contestant.

Ten’s MasterChef Australia and Nine’s Family Food Fight are “like chalk and cheese”, Quinn said. “The style of cooking and the types of cooks they have on there are very different from Family Food Fight.”

Family Food Fight will begin with six families of four, who will go through different challenges to keep themselves safe from the weekly elimination round. 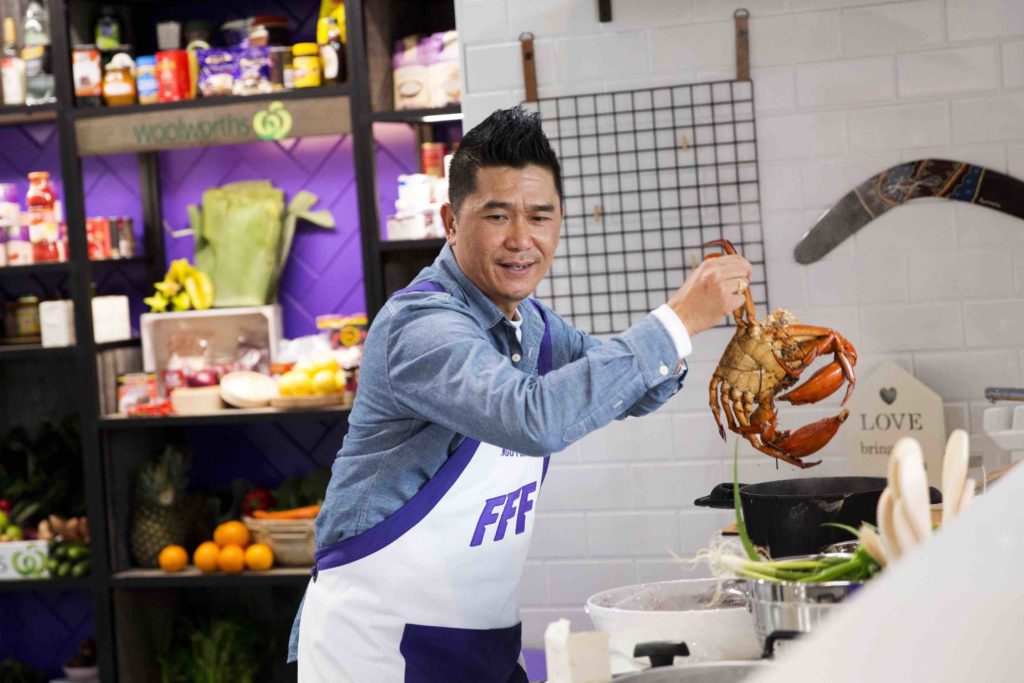 The Nguyen family represents a cross of European and Asian cuisine. This is Davy Nguyen from the team.

Moran has previously worked on shows like MasterChef Australia and Paddock to Plate. Along with Family Food Fight, he also continues to be a judge on Lifestyle’s The Great Australian Bake Off.

Having worked across multiple food formats and witnessed the boom of the cooking TV genre firsthand, Moran said Family Food Fight is a breath of fresh air in the space.

“I haven’t watched a lot of MKR, to be honest, but it seems to be more dramatised and there is a bit of cat fighting and bitchiness to it. With Family Food Fight, it’s about families – the drama within that comes from the families themselves. Putting four family members in a kitchen together is like putting them in a boxing ring. They create their own drama.”