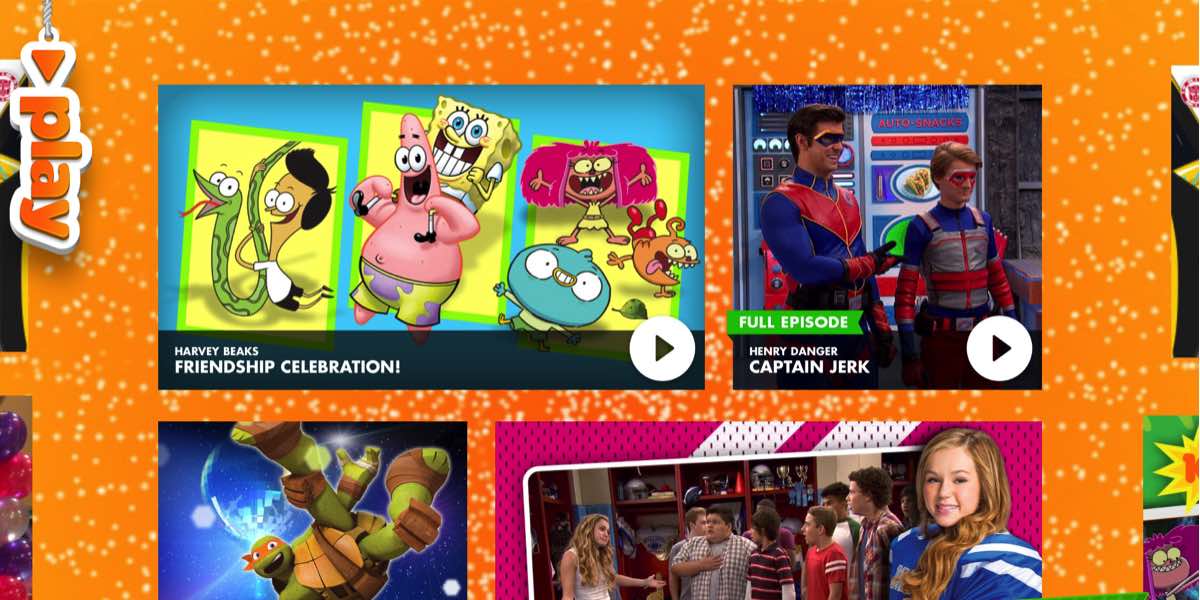 Nickelodeon Australia has announced the launch of its new app, Nick Play.

Nickelodeon Australia has announced the launch of Nick Play, a branded app experience that allows users to interact with Nickelodeon wherever they go. One of the first global territories to launch the app as part of Viacom’s Play Plex model, Nick Play offers Australian kids access to hundreds of Nickelodeon-themed videos, original short-form animations, newly created games, as well as full-length episodes of Nickelodeon’s biggest hits and current top shows via Foxtel subscriber authentication.

Nick Play features a tile layout that can be swiped in any direction and will include new content daily, which kids can “favourite” and watch whenever they want. True to the spirit of Nickelodeon, the app offers a range of funny, interactive elements including a “Do Not Touch” button that triggers an array of disruptive comedy and surprises. There is also a “mystery box” element on the home page designed to include specialised messaging for Nickelodeon highlights and/or sponsor integrated campaigns.

At launch, Nick Play app will include:

Over 320 videos, including:
• 24 full episodes of Nickelodeon’s current hit shows (two episodes available to all users and 22 for Foxtel subscribers)
• A binge-worthy 13 episodes from the latest Teenage Mutant Ninja Turtles series leading up to the massive Season 3 Finale (as part of Foxtel subscriber episodes)
• The launch of original animated shorts series Supa Phresh and two Supa Phresh minigames
• Nickelodeon’s first-ever digital short-form series Welcome to the Wayne
• Over 290 short-form videos and exclusive behind the scenes content from Nickelodeon’s hit shows
• Refreshed content every day and new videos every week