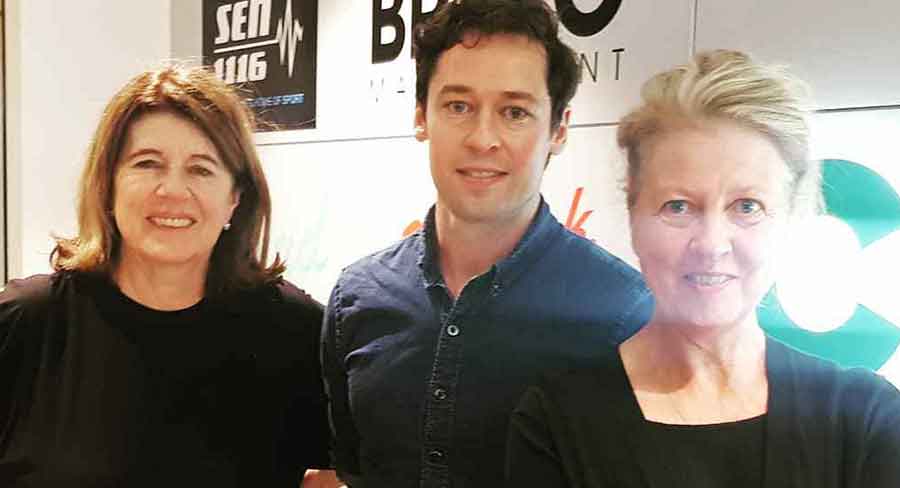 Multi-award-winning journalist Nick McKenzie was the special guest on this week’s episode of the Don’t Shoot the Messenger podcast and he had a few words to say how competition between Nine and News Corp news brands impacts journalism.

Don’t Shoot the Messenger is the weekly podcast hosted by journalist Caroline Wilson and journalist-turned-bookseller Corrie Perkin. It is one of the series of podcasts published by Sports and Entertainment Network.

McKenzie is the Walkley-Award winning investigative reporter for The Age, The Sydney Morning Herald and 60 Minutes.

Caro and Corrie spoke about McKenzie’s approach to his journalism and the pressure that comes with being an investigative journalist and what he loves most about pursuing and telling a story. Caro and Nick reflected on their time reporting on the Essendon Drugs saga as well which is where they first collaborated.

McKenzie revealed how he becomes obsessed with a story and will continue pushing, pushing and pushing. “I am hyper-competitive, perhaps that becomes from being the twin to a Jewish mother,” he joked.

While McKenzie likes competing with News Corp newspapers for stories, he revealed that the feud between the two publishers does have a negative impact too. He noted the competing newspapers each tend to ignore some of the big exclusive stories that are broken by their opponents which can harm journalism and harm the public interest.

During the podcast Caroline Wilson talked about the pressure Eddie McGuire is under as Collingwood president and how he has lost the support of the Herald and Weekly Times. “I have never seen the Herald Sun turn on Eddie the way it has in the past few weeks,” said Wilson.

McKenzie remembered the first time he met McGuire and added: “His ability to cultivate the press has been a secret to lots of his success. Eddie is not a guy who steps aside lightly – he’s a king who won’t take off his crown.

Elsewhere on the Podcast Caro’s ‘Crush of the Week’ was the Melbourne Food and Wine New Year’s celebrations – which will include open-air dining events unlike anything Melbourne has seen before.

In ‘BSF’, Corrie made a head start on her summer reading recommendations for listeners.