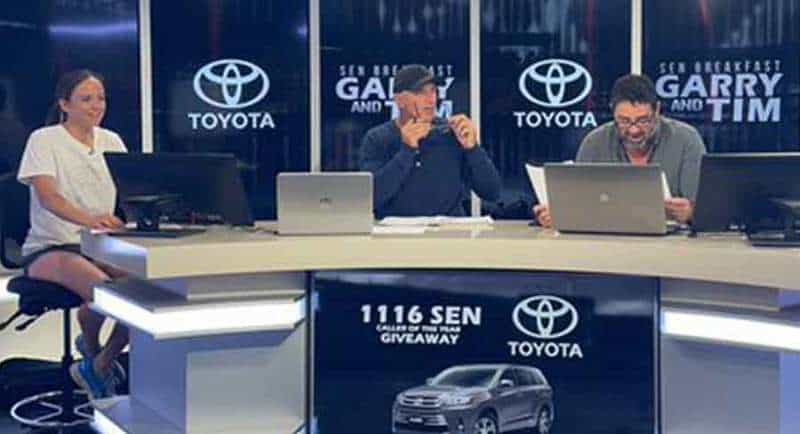 • All SEN podcasts and stations are available via the SEN app.

Breakfast with Garry & Tim covers all the breaking sports news on weekdays from 6am and attracts all the big names from Australian and international sport. Over the years they have spoken to Tiger Woods, Ernie Els, recent pick three in the NBA draft LaMelo Ball, Mario Andretti and Harry Redknapp.

The show is a consistent Top 10 entry in the Australian Top 100 Podcast Ranker and is the second most downloaded breakfast show in the country (behind The Kyle and Jackie O Show in Sydney) and the number one breakfast show podcast in the Melbourne radio market. 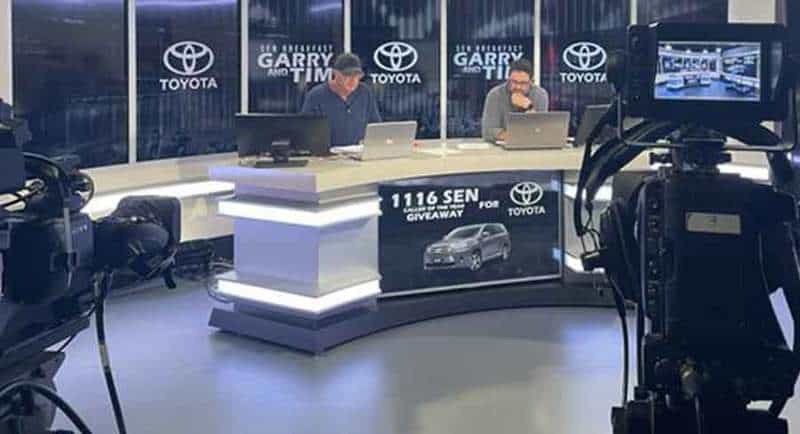 In October, Breakfast with Garry & Tim was downloaded over 572,000 times as a catch-up podcast.

Lyon and Watson have been stalwarts at SEN and part of the station’s first ever show when the station launched in January 2004.

“Tim Watson was my boyhood idol. They say never meet your idol in real life – never has a truer word been spoken! However, he is worth getting up for at 4:30am each morning – as are our great audience,” Lyon said.

Tim Watson added: “I agree with everything Garry said!”

“Garry and Tim are two of the best in the business – their sporting insight and analysis is hugely respected and always delivered in an engaging and entertaining manner. They are great mates and it shows – what you get from them on-air is what they are like off-air, and that’s what audiences love. You can’t fake that sort of chemistry,” Hutchison said.

“To achieve the top radio podcast breakfast show here in Melbourne this year – especially during a period when sport was on hold due to COVID-19 was remarkable and a testament to the connection they have with their listeners. I’m absolutely thrilled that the boys have extended their contract with us and we look forward to their ongoing success,” Hutchison added.

Breakfast with Garry & Tim is one of five locally produced SEN breakfast shows around the country including the new Breakfast with Vossy on 1170 SEN Sydney; Pat Welsh and Ian Healy on SENTrack in Queensland, SEN-SA’s Kane Cornes and Andrew Hayes on 1629 SEN in Adelaide and Tim Gossage and Naomi Pearce on SENSpirit 621 AM in WA.

All SEN podcasts and stations are available via the SEN app.