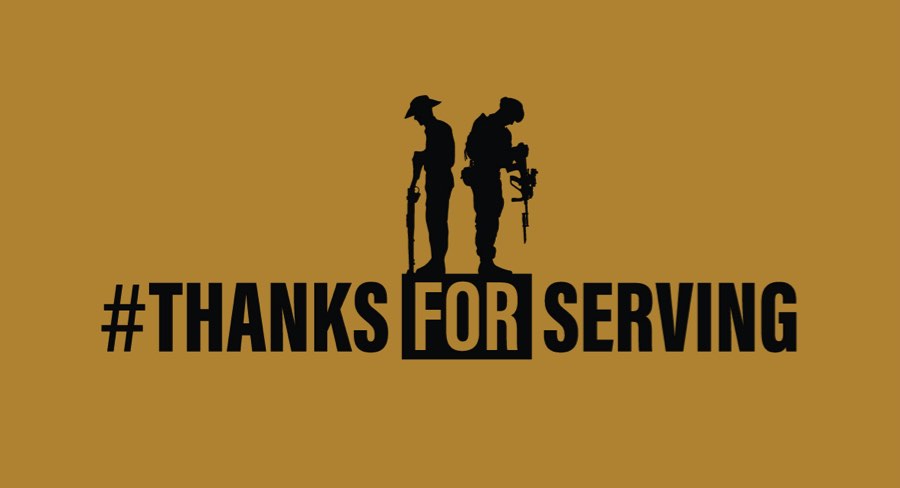 It will culminate in activations across the country on November 11.

News Corp has unveiled a new campaign in its Sunday papers to encourage Australians to acknowledge, honour and thank servicemen and women in the lead-up to the 100th anniversary of Armistice Day.

The #ThanksForServing campaign – created by News Corp Australia and backed by the RSL, Legacy Australia and the Department of Veterans Affairs – includes four weeks of editorial coverage and coincides with a reader offer of a 15-part Anzac Spirit commemorative coin collection. It will culminate in activations across the country on November 11. The campaign will feature in all News Corp newspapers and websites, in GQ Australia and Vogue Australia, as well as on Foxtel, Fox Sports, Sky News Australia and supported by HarperCollins.

The campaign has been endorsed by recipients of the highest award in the Australian honours system, the Victoria Cross for Australia, such as Keith Payne VC and Dan Keighran VC. Payne, 85, is the last living Australian recipient of the original “Imperial” Victoria Cross. Keighran was the first member of the Royal Australian Regiment to be so awarded.

News Corp Australasia executive chairman Michael Miller said: “#ThanksForServing is an advocacy campaign to acknowledge all veterans – from Anzac to Afghanistan – including current serving personnel, tomorrow’s veterans, whose actions have ended conflicts and brought security and comfort to thousands.

“At this time of year, as we approach the centenary of the 1918 Armistice, it is important that we send a sincere message of thanks to those men and women, and their families and that we continue to tell the stories of those who served.”

The #ThanksForServing campaign, in all News Corp national, metro, regional and community mastheads including The Australian, The Daily Telegraph, Herald Sun, The Courier-Mail, The Advertiser and news.com.au, will ask and encourage the nation to say Thank You in their own way, whether it is online, in person, at work or where they live.

Stephen Henderson, head of special projects at RSL National, said: “For more than a century, Australian men and women have served in uniform, putting their lives on the line – and many paying the ultimate price. The simple act of saying “thanks for serving”, of acknowledging the hardships they face and the impact on their families can be extraordinarily powerful. It’s a small gesture with a big result. So in person, in public or on social media, please thank our men and women for their service towards our freedom.”

Rick Cranna OAM, chairman of Legacy Australia, said: “As a returned serviceman, I understand firsthand the sacrifices made by servicemen and women, and we as a nation must never forget.

“As a Legatee (volunteer), having cared for widows and their children for more than 40 years, these sacrifices echo endlessly within the family that remain. The sacrifices made by families are no less important and must not be overlooked.

“I encourage all Australians to pay tribute to the service and sacrifice of veterans and their families through the #ThanksForServing campaign.”

#ThanksForServing will attach to any coverage across News Corp publications or programs specifically relating to Invictus Games, the ADF, the centenary of WWI and Armistice Day, or any other historical Anzac and AnzacLive content.

The campaign officially runs from Sunday October 14 until Sunday November 11.