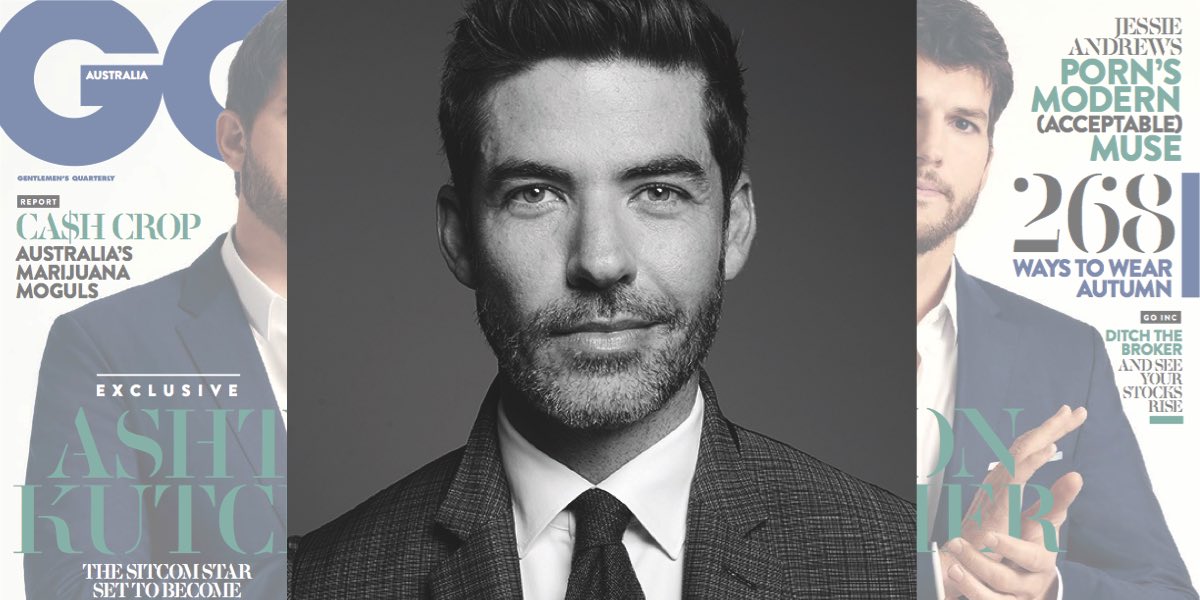 New editor Matthew Drummond on looking sharp, his approach to content and a decade of Men of the Year

• New editor Matthew Drummond on looking sharp, his approach to content and a decade of Men of the Year

Mediaweek visited the News Corp offices in Surry Hills to meet the new editor and talk about his first edition of the magazine.

The first copies of the mag hadn’t been printed at this time. But Drummond was sure to carry a ring binder with all the pages.

“I am a firm a believer in the principle that you dress for the role you want to have in life and in your career,” Drummond told Mediaweek.

Mediaweek asked Drummond if there was added pressure to be suited and booted every time he steps out the door since joining GQ. “It is tricky to start as the editor of a fashion magazine in the middle of a Sydney summer,” he laughed. “It’s tricky to come up with a new amazing outfit every day, but gosh I try!”

“Walking into News Corp for the very first time it felt a little bit surreal. It felt like walking into the other room of the Australian media. You just came from Fairfax and now you are in News Corp,” Drummond said.

GQ Australia will now contain more finance and political coverage, but that will not overpower the other content in the magazine.

“GQ at its heart is about how to have a successful life, how to be a gentleman, how to be someone who, when you meet him, you feel completely at ease with,” Drummond explained. “What I am bringing across from the Financial Review is amping up the business coverage anchored around how to have a successful career, celebrating entrepreneurs and innovators, and a little bit more political commentary.”

Having taken the wheel of one of NewsLifeMedia’s biggest brands, Drummond is looking to steer the content in a direction that has an appeal for men of all ages.

The March/April issue of GQ Australia fronted by actor Ashton Kutcher has a column from regular contributor Charlie Pickering on Donald Trump and the US election, an article on Greens leader Richard Di Natale written by Drummond, a piece exploring the state of marijuana in Australia, and a column titled “How to have a stylish midlife crisis”.

Pointing to the printout of Pickering’s column for the magazine in a plastic sleeve of the ring binder, Drummond explained: “This was written weeks and weeks ago. Donald Trump survived Super Tuesday and I am probably the only person in the world who is very happy to say, ‘Yes! He is still in the race.’ Charlie’s done a terrific job slaying him.”

Speaking about packaging his article on Richard Di Natale, Drummond leaned back in his chair and said: “I went to Canberra for the interview and we did GQ and A. We styled him and shot him.” Leaning towards the table, he continued:“This is stuff I love doing. This is the stuff I could never have done in my old job. I feel like we GQify people. We take people who are changing Australia and give them the GQ touch and cause people to look at them differently.”