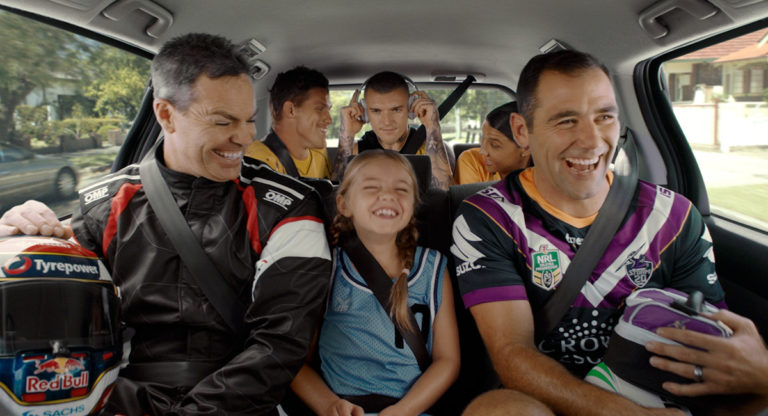 Foxtel and Fox Sports have launched a major new marketing and promotional campaign that features a collection of our most-loved sporting champions across every major Australian sports code.

Foxtel CEO Patrick Delany said: “Today is a great day for Aussie sports fans as we combine Foxtel’s unrivalled sports coverage from Australia and around the world with our biggest offer ever.

“For only $39 a month, sports fans will have the biggest choice of live sport on Foxtel, with live, ad break-free during play and HD coverage of every round of NRL and AFL, the roar of Supercars and Formula 1, plus international sport with the NBA, Major League Baseball, the best European football and more.

“Foxtel’s offer brings unrivalled value for sport to Australian families and couldn’t come at a better time as we gear up for an exciting 2018 winter sports season.” The campaign launch coincides with Foxtel’s special retail sports offer with new subscribers now able to sign up from $39 a month for 12 months, with no lock-in contract and access to 12 sports channels including Fox Sports, Fox Footy, Fox League, ESPN 1-2, beIN 1-3 and Eurosport sports channels. Subscribers also get the 45-channel Entertainment package.

The Fox Sports creative concept and production team developed the campaign concept which was executed by Winifred TV Production with creative support by Host Havas, Cream and WiTH Collective.

The TVC was filmed across eight days in Sydney and Melbourne at the SFS, SCG, MCG, AAMI Park, Mount Panorama and Suncorp Stadium.

An F1 racing track was created on a stretch of asphalt at the Melbourne showgrounds and a bustling Mumbai traffic jam, featuring Steve Smith on his way to the cricket ground, was designed in a yard of a Sydney transportation company to show Fox Sports is home to the best international cricket lineup.

In addition, various creative executions will run across print, digital and social along with radio live reads nationally. Out-of-home advertising including billboards, bus shelters and buses will feature throughout the campaign.

Launching from today, the campaign will run until the Easter long weekend at the end of March.