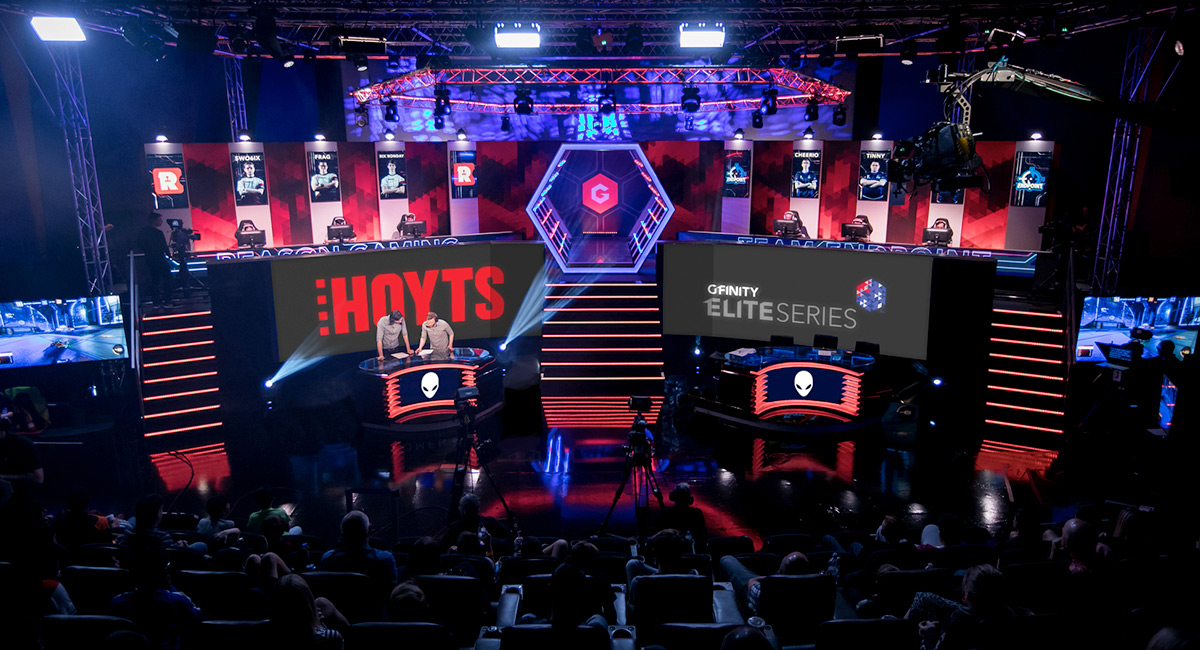 Gfinity Esports Australia and Hoyts have announced long-term plans to create a chain of eSports arenas across Australia, all within current Hoyts cinema locations.

Hoyts Entertainment Quarter in Sydney’s Moore Park will host the first arena, launching in April this year. The dedicated eSports arena will boast state-of-the-art gaming equipment alongside a full broadcast and production suite, all designed to attract the growing number of professional events that will be coming to Australia. This will also be the standout destination for eSports fans to enjoy top class action all year round.

Dominic Remond, incoming CEO Gfinity Esports Australia, said “We are delighted to announce our arena partnership with Hoyts, one of the world’s leading entertainment companies. The Esport Arenas will be a game changer for eSports in Australia and will allow fans and players to enjoy the best gaming action within a high quality location. We are excited that our inaugural Gfinity Elite Series presented by Alienware will be the first event to be staged at the new arena, in front of a live audience, each weekend for seven weeks.”

Damian Keogh, CEO of the Hoyts Group, said, “Hoyts Entertainment Quarter in Sydney’s Moore Park was a natural fit for the first dedicated Esports Arena, given its history as a sporting precinct. With proximity to the Sydney Cricket Ground and Sydney Football Stadium, we feel this is the perfect setting to offer eSports fans the impact of a cinema-styled viewing experience that will be unlike anything else in Australia.

“Our partnership with Gfinity Esports Australia will assist Hoyts to continue in our mission to innovate, create and challenge the normal cinema-going experience. It’s all part of our Experience More brand promise,” said Keogh.

The Esports Arena will launch in time for the Australian Gfinity Elite Series presented by Alienware in early Q2 2018.