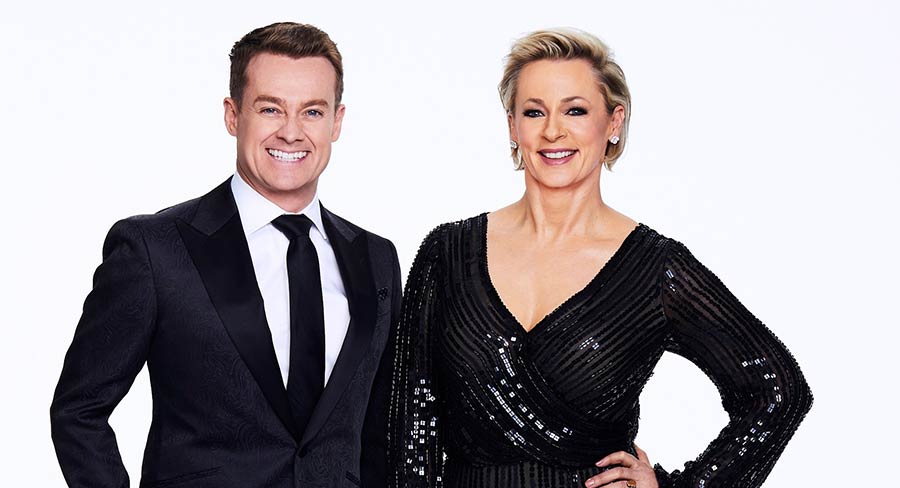 Network Ten has commissioned a new season of Dancing With The Stars, which will return to Australian television screens in 2019.

The format previously ran on the Seven Network for 15 seasons, where it was hosted by Daryl Somers, who was later replaced by Daniel MacPherson and then Shane Bourne.

Presenter of Network Ten’s lifestyle program The Living Room, Amanda Keller, and TV Week Gold Logie Award winner and host of TEN’s new family entertainment show Game Of Games, Grant Denyer, will co-host Dancing With The Stars when it returns with a fresh new look, new judges and new celebrities ready to take to the dancefloor next year.

Amanda Keller said: “I can’t wait to be part of the spangly madness that is Dancing With The Stars. Having been a terrified, uncoordinated contestant, it will be fun to lend a sympathetic ear and a spare sequin or two to a new batch of amateur hoofers.

“My own brand of dancing failed to impress all those years ago. Hopefully I’ll have more success this time around – off the dancefloor.

“I’m so excited. And let’s face it, this is the only way I’m guaranteed to get to the grand finale.”

Grant Denyer said: “The worldwide success of Dancing With The Stars is simply phenomenal and the show has never been stronger, including a stunning 26 seasons in the US and now 15 in the UK. It’s such a much-loved show and it’s incredible to be part of its triumphant return here in Australia.

“This series will be much bigger, more glamourous and dazzling than ever. Australia has never seen dancing this spectacular. Get ready for something truly outstanding. I’m so happy I’m crying sequins down my fake-tanned cheeks.

Network Ten chief content officer Beverley McGarvey said: “Dancing With The Stars is feelgood family fun and we are thrilled to have such an iconic series on TEN early next year.

“Amanda and Grant are firm favourites with viewers so we are delighted to have them together as co-hosts for the first time. They will bring all the glitz, glamour and fancy dance moves that viewers will expect – with a few laughs thrown in too.”

Dancing With The Stars is an international success story. To date, over 3,500 episodes and 300 series have been recorded in more than 50 countries around the world.

Warner Bros managing director Michael Brooks said: “We are incredibly excited to partner with TEN and BBC Studios in what will be the most ambitious series of Dancing With The Stars ever to hit Australian TV screens. We’ve assembled a star-studded creative team with experience across the US, UK and Australian series of Dancing With The Stars. This will be a spectacular, must-see TV event in 2019.”

BBC Studios ANZ managing director Jon Penn said: “Australia was the first country to launch Dancing With The Stars outside the UK in 2004 and we’re delighted that TEN and Warner Bros will be reinventing it for a fresh generation of fans.”

Dancing With The Stars is produced by Warner Bros International Television Production Australia and BBC Studios from a format created by the BBC and distributed by BBC Studios.