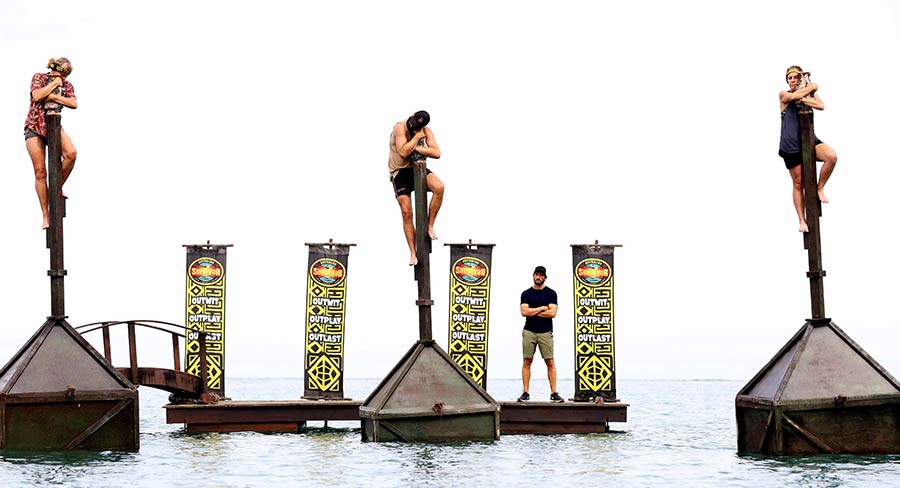 This season of Australian Survivor was the biggest of any Australian series of the show, with total audience up 4% on season one, which held the previous record.

The record audiences were driven by viewers catching up with episodes in their own time on tenplay. It recorded the biggest BVOD audiences for a season of Australian Survivor ever, up 22% year-on-year.

This season had an average national audience of 1.02 million viewers including 769,000 capital city viewers.

The single most-watched episode of the season was the penultimate episode with 739,000 overnight viewers tuning in. It also set the record for being the biggest episode ever outside a finale.

On tenplay, this season of Australia Survivor achieved 13.8 million video segment views, 839,000 unique video visitors and 4.1 million view starts. The Jury Villa on tenplay averaged a seven-day BVOD audience of 32,000, the highest ever for the show.

The single most watched episode on tenplay was episode 22, which saw the “Sh” alliance of Sharn Coombes, Shane Gould and last remaining contender Shonee Fairfax flush out an immunity idol and blindside a Monika Radulovic. The episode had a seven-day BVOD audience of 67,000 – the biggest ever audience for an episode of Australian Survivor on tenplay.

For the final night, 1.18 million viewers tuned in to see Shane beat Sharn in the final vote to win $500,000 (The Winner Announced). Earlier in the evening, 1.16 million viewers watched the Grand Finale, which saw Brian throw his hat in the water, ultimately leading to his elimination. The Reunion episode was watched by 797,000 viewers nationally, peaking at 1.12 million.

Network Ten chief content officer Beverley McGarvey said: “Australian Survivor: Champions V Contenders attracted the biggest ever total audience for the Australian series. This season, audiences were introduced to new, engaging contestants, while also seeing some of Australia’s much-loved Champions in a different light and out of their element. Full of epic blindsides and some of the toughest challenges, this season of Australian Survivor was truly one of the best.

“I’d like to thank everyone involved with the show including the contestants for their passion and determination to play the game, our wonderful host Jonathan LaPaglia, our production partners Endemol Shine Australia for their brilliant work in creating such a masterpiece of a production, our commercial sponsors for their invaluable support in bringing this season to life, and to everyone at Ten who worked hard to make this season such a success.

“I would like to congratulate both finalists – Sharn and Shane. Both demonstrated incredible tenacity, determination and resilience to outwit, outplay and outlast the other 24 contestants this season. Shane was one of the strongest game players who over and over again demonstrated her outstanding mental strength and stamina. She is truly an inspiration and a deserving winner.”