Netflix’s Ted Sarandos on the company’s global ambitions, doubling the number of original series, and the biggest problem they have with global content licensing

Speaking at the UBS Global Media and Communications Conference in New York this week, Netflix chief content officer Ted Sarandos spoke about the streaming giant’s plans to continue to scale up and push its global expansion efforts. As the company scales its operations to facilitate the growth into new markets, it is also ramping up production on original series. In 2016, Netflix will almost double its original series from 16 to 31 productions.

While the increase in production is considerable, Sarandos was adamant that quality wasn’t being sacrificed and that it is the quality of Netflix productions that sustains the consumer interest in the service. For Sarandos, it’s a matter of quality over quantity: “Not just a lot of volume, because if you want a lot of volume you can just go to YouTube for free.” In addition to the original series, Netflix currently has 10 feature films, 30 kids’ series, 12 feature documentaries, 10 stand-up specials, and two documentary series in various stages of production. 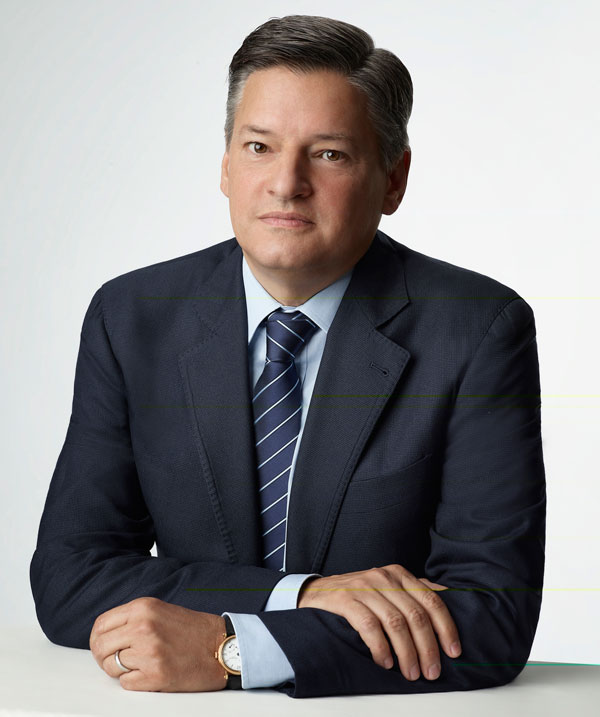 In addition to its Australia/New Zealand launch earlier this year, Netflix also launched in Japan, Italy, Spain, and Portugal during 2015. Sarandos explained that as part of the process of scaling up their operations, the launch of Netflix into new territories no longer affects the day-to-day operations in the way it had previously. “It used to be all-hands on deck,” Sarandos said. Nowadays, unless Netflix staff are working directly on a territory launch, the disruption to workflow has been reduced to the point that few in the company even notice.

With each territory launch Sarandos said that they learn something from each market, but that the lessons can’t necessarily be applied to every other territory they operate in. “There’s very little you can learn about operating in Australia by launching in Mexico,” he said.

“We are aspiring to take Netflix fully global. We’ve been excited by the progress so far,” Sarandos proclaimed, later indicating the global expansion requires an investment on two fronts: original productions and the acquisition of third-party content with global licensing. The licensing of content has proved difficult for Netflix, facing road blocks with regional sellers. “There has never been a global buyer,” Sarandos explained, with Netflix needing to overcome the bureaucratic way that content sales had previously been handled. The perception is that by negotiating for global licensing, Netflix is seeking to get a discount on the purchase. Sarandos disputed this and emphasised that for Netflix it is about using the global scale to get access, with a benefit for content rights holders: “There’s an efficiency to what we’re offering.”

Much is said about Netflix’s refusal to reveal audience numbers, keeping the metrics internal. With no advertisers to answer to, there is no need for Netflix to make the numbers public. Sarandos explained that internally they view the success of the service by the number of hours viewed by subscribers, but suggested that investors should value the company based on the net subscriber growth. With Netflix refusing to release viewing figures, third-party analysis firms have sought to develop insight into SVOD viewership. A recent Nielsen report examining the viewership figures of almost 1,000 streaming shows found that while Game of Thrones is the most viewed program, if streaming viewership was viewed as a traditional ratings measurement, a Netflix show would be the second most watched.

Sarandos disputed the figures: “I bet they were wrong. I bet we were number one.

“I say that because the way they are measuring…they don’t measure all the devices…In a world where Netflix watching happens on 700 different SKUs around the world and the viewing of any given show, the mix between what is watched on a laptop and what’s watched on an iPad or a big screen TV is different show to show. I don’t think those data sets are capturing the scale of Netflix viewing.”

The trailer for one of the upcoming Netflix feature films was released earlier today, with Crouching Tiger Hidden Dragon: Sword of Destiny set to premiere on Friday 26 February 2016. The film is a sequel to Ang Lee’s Crouching Tiger, Hidden Dragon and is based on the fifth book in the Crane-Iron Pentalogy: Iron Knight, Silver Vase by Wang Dulu.