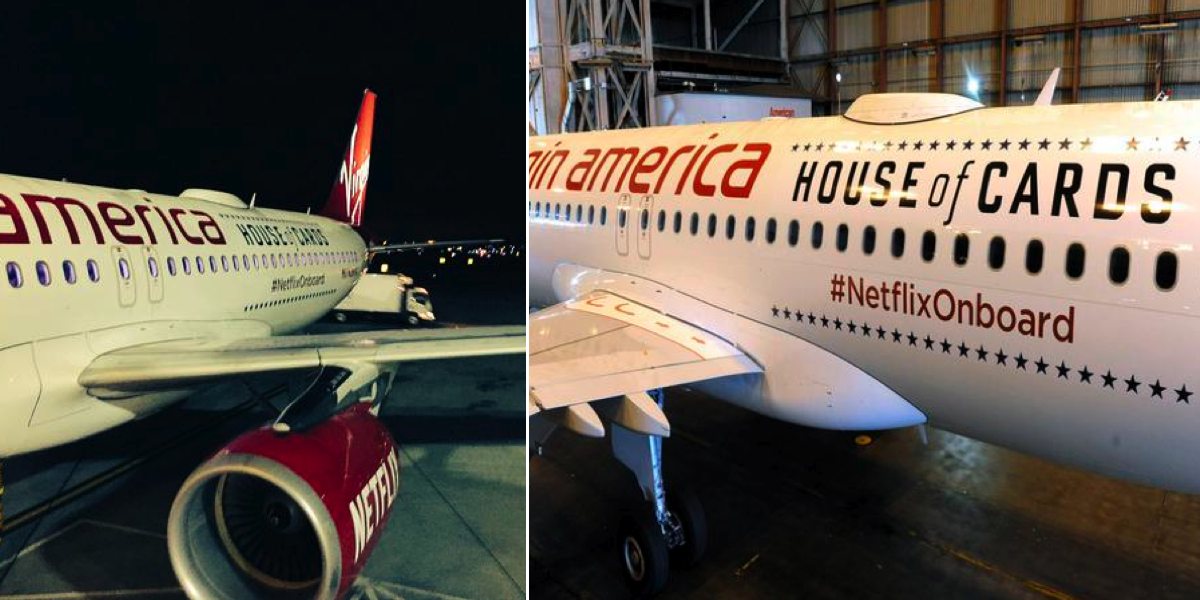 SVOD: Netflix and Virgin America announce mile-high streaming, all aboard with House of Cards

Netflix and Virgin America have announced they are joining forces to provide complimentary in-flight WiFi access that allows new and existing Netflix members to enjoy the entire Netflix catalog of films and award-winning shows.

Beginning today, Netflix users onboard Virgin America’s new ViaSat WiFi-equipped aircraft will be able to stream Netflix in the skies, including the hit series House of Cards and Orange Is The New Black, to their phones, tablets, and laptops at no cost through March 2, 2016. The experience is made possible by Virgin America’s recent connectivity partnership with ViaSat, which brings significantly faster WiFi to the airline’s 10 new airbus A320 aircraft being delivered from fall 2015 to mid-2016.

Virgin America and Netflix kicked off their #NetflixOnboard partnership with the unveiling of a House of Cards and Netflix-branded aircraft and an appearance by Michael Kelly, the Emmy-nominated star of the Netflix original series House of Cards. Kelly’s character Doug Stamper, who serves as President Frank Underwood’s loyal consultant and Machiavellian fixer, dropped in on Virgin America Flight 1 from San Francisco International Airport (SFO) to Washington Reagan National Airport (DCA).