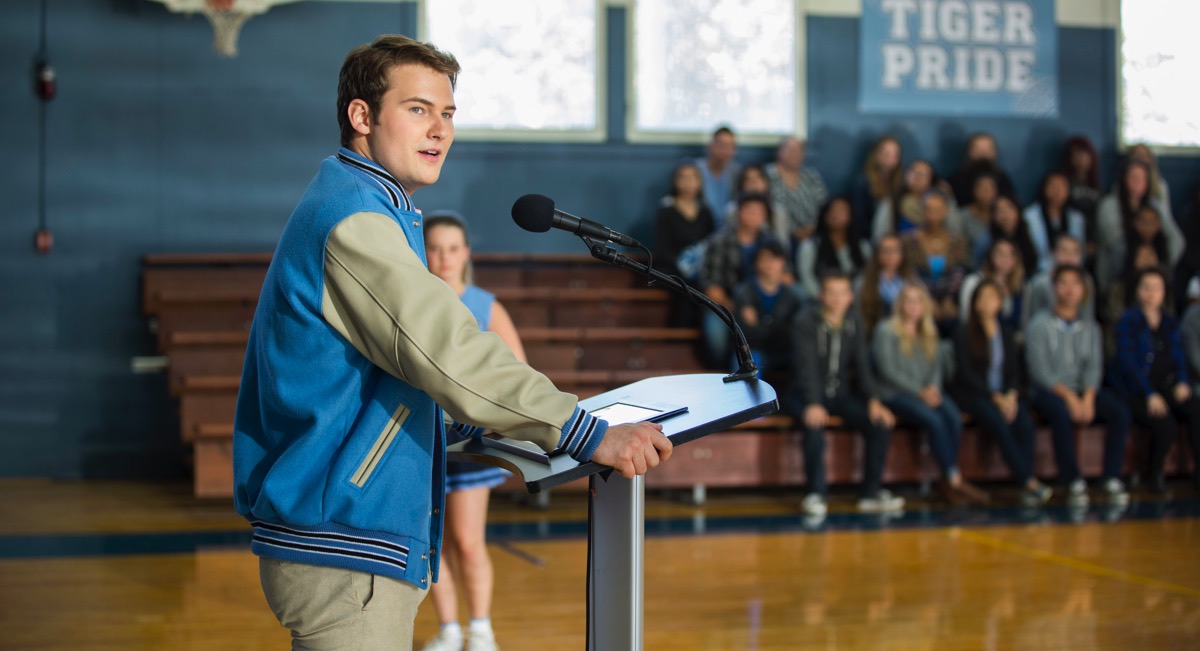 Netflix outlined its excitement over the success of its content

Netflix’s subscriber base is set to grow to over 100m this week, the company reported in a letter to shareholders this week.

While the growth of subscriptions had slowed in Q1, this could potentially pick up with Netflix’s announcement of over $1 billion of marketing spend to drive member acquisition in 2017.

The company also reported that the “thumbs-up, thumbs-down” feedback model – which replaced the star-ratings model – sees over twice as many ratings.

More languages will also join the service this quarter, with Thai, Romanian and Hebrew set to join the 24 languages on offer.

Netflix outlined its excitement over the success of its content in the quarter. Find an except from the letter below:

The key releases this past quarter highlight this range of programming: ​A Series of Unfortunate Events​, ​Santa Clarita Diet​ (starring Drew Barrymore) and ​Ultimate Beastmaster​, our first competition show which pits athletes from around the globe against a fearsome 600-foot obstacle course.

In addition to these titles, on March 17 we debuted ​Marvel’s Iron Fist​, which has quickly become another highly viewed Marvel series, and sets the stage for ​The Defenders​, which brings together all the characters from the Marvel series later this year. A week later, we launched ​Ingobernable​, our second Mexican series, starring Kate del Castillo, which has been very popular in Mexico. On the last day of Q1, we unveiled ​13 Reasons Why​. Below is global search volume for several of our big launches over the last year. 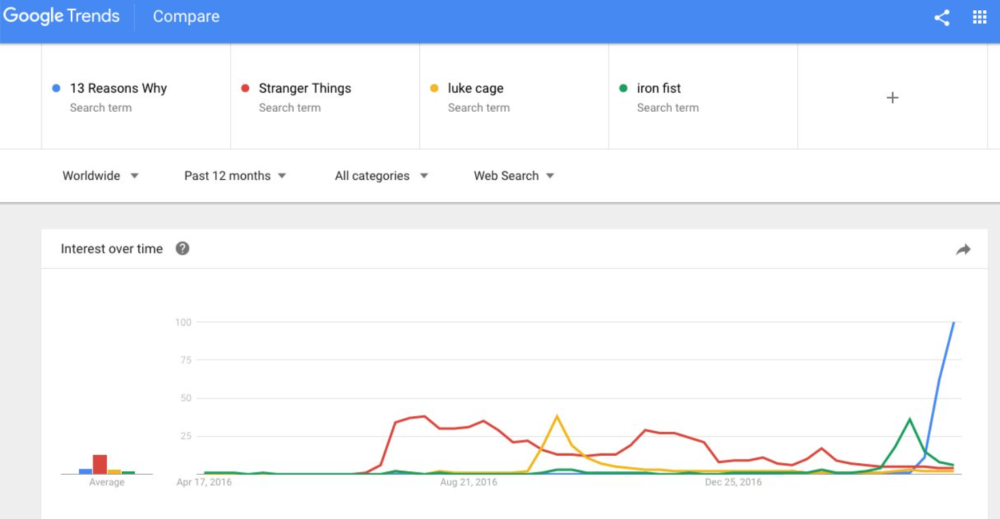 We have also stepped up our investment in stand-up comedy, which we believe can help grow our business, like our original series. Early results are promising; the triumphant return of a comedy legend in ​Dave Chappelle: Collection 1​ was our most viewed comedy special ever. We are also finding this to be true in international markets as well, with comedian Gad Elmaleh’s ​Gad Gone Wild a breakout hit in France last quarter.

Just ahead of the release of our third film from Adam Sandler, ​Sandy Wexler​, we announced the renewal of our deal with Sandler to premiere an additional four films exclusively on Netflix around the world. We continue to be excited by our Sandler relationship and our members continue to be thrilled with his films. Since the launch of ​The Ridiculous 6​, Netflix members have spent more than half a billion hours enjoying the films of Adam Sandler.

We recently hired ​Scott Stuber​ to lead our original films initiative. Our goal remains the same: to offer a variety of new movies that will attract and delight members at better economics relative to licensing movies under traditional windowing. Scott’s mandate is to increase both the portfolio and the percentage of films that delight many of our members relative to the films’ cost.