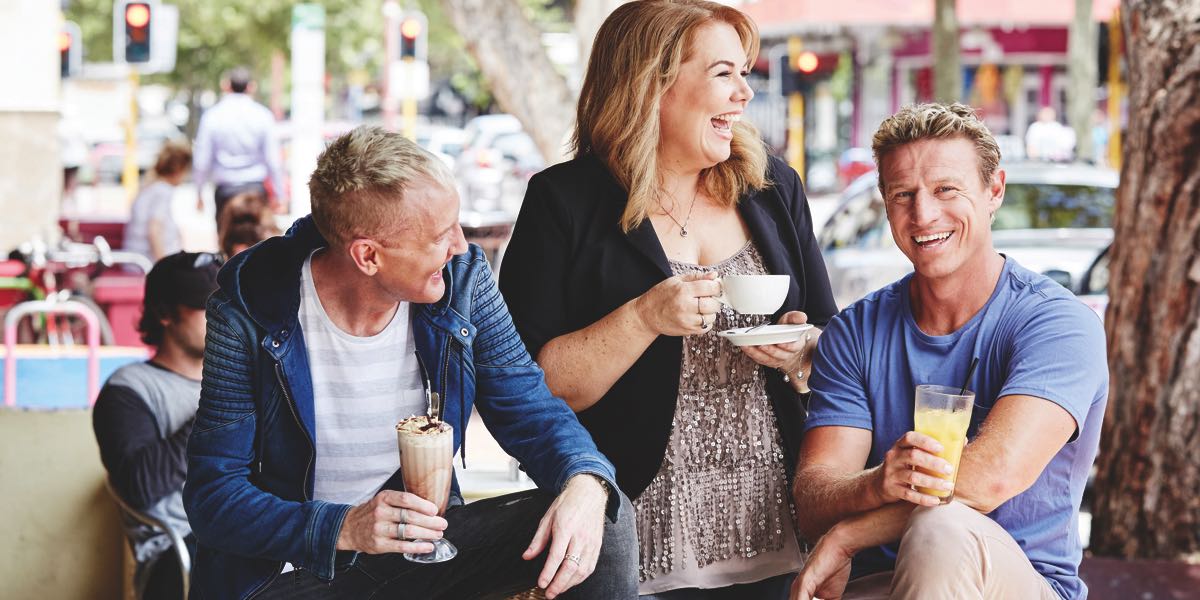 Nova 93.7 breakfast hosts Nathan, Nat and Shaun talk about the rise of the show to #1 and the radio ratings

Perth’s #1 breakfast show began with the inception of Nova 93.7 in 2002. At first it was the Nathan and Nat show hosted by Natalie Locke and Nathan Morris. The duo became a trio when co-host and sports news presenter Shaun McManus joined the team in 2009. He was previously a professional AFL player.

“It was really bizarre actually,” McManus told Mediaweek about the career change.

“Our audience has a really good bullshit detector. We don’t like putting bullshit in our show” – Nathan Morris

“To get a real job?” Morris interjected.

“Yeah,” McManus laughed. “I remember when I first came in, one of the first shifts I sat in with Nathan and Nat for, those guys walked out of the room just to see what I could do.”

“He did really well,” Morris and Locke remarked.

The Nova Perth breakfast show is a consistent topper in its timeslot in the market. In the fourth radio survey for 2016, the listener share for Nathan, Nat and Shaun dropped by 0.2% to 14.4%, but they still hold the top spot in Perth by just under one point.

“If we were going to go down by half a point, we don’t sit there having a conversation like, ‘Oh my god! What do we do? Who do we need to appeal to?’ We just do what we do,” Locke said. “The ratings system is so problematic. We don’t monitor the ratings as much as people think.”

Morris joked: “We know that that’s the day you get pizza.”

“Our bosses get pretty excited about the ratings – we certainly don’t,” Locke laughed. “It’s pretty important to the other end of the building.”

The show sounds like a person is having conversation with friends at a pub, Locke asserted.

Morris echoed this by stating: “None of us was educated in this world. Our audience can hear that. They know that we are one of them who happened to get this job.

“Our audience has a really good bullshit detector. We don’t like putting bullshit in our show. We like normal talk. If something stuffs up, we don’t hide it – we laugh about it.”

The audience responds very well to personal stories shared on air by the hosts and listeners, Morris, Locke and McManus claimed.

“If the content is great, people will stop what they are doing” – Shaun McManus

“We are not a show that does a lot of skits or anything like that. It’s not our thing,” Locke said.

McManus added: “If Nathan or Nat is telling a story about something that happened to them at the shops, then I would think 90% of our audience can relate to it. They are happy to call up and get involved.”

The team recalled a moment on air that’d happened recently which stopped the listeners in their tracks.

“We got this phone call from an Uber driver and it just so happens that he was living with Nelson Mandela and Winnie at their house as a personal chef for five years,” Morris remembered.

“The phone call from him was so compelling – which went for ages – that we got so many emails, texts and feedback from people saying, ‘We were outside of work, running late, sitting in the car listening to him and waiting for him to finish’.

“If the content is great, people will stop what they are doing.”

One of the biggest changes technology has brought about is the way that shows interact with their listeners.

“Right back when we first started, Natalie and I were answering the phones and there were no computer screens – we only had screens on the panel,” Morris reminisced.

“When we had a caller, there was a girl in the other room ferociously writing down the name of the caller on a whiteboard with a whiteboard marker and then running up to the window to show us who they were.

“It was basically like we were an Amish radio station,” he laughed.

“At the time, that was cutting edge,” Locke chimed in.

The popularity and uptake of social media has helped radio shows monitor global, national and local news as they unfold. Along with this, it has given power to the community to choose which news and personal stories they care about.

“When we started, social media wasn’t a thing. Now it is,” Locke stated. “We can put stuff up on Facebook and read people’s comments just like that. Our listeners don’t hold back in telling us about those things.”

McManus summed up: “Technology makes this huge world so connectible. You hear news from the other side of the world or town straight away. That in turn helps dictate what you do with the show.”