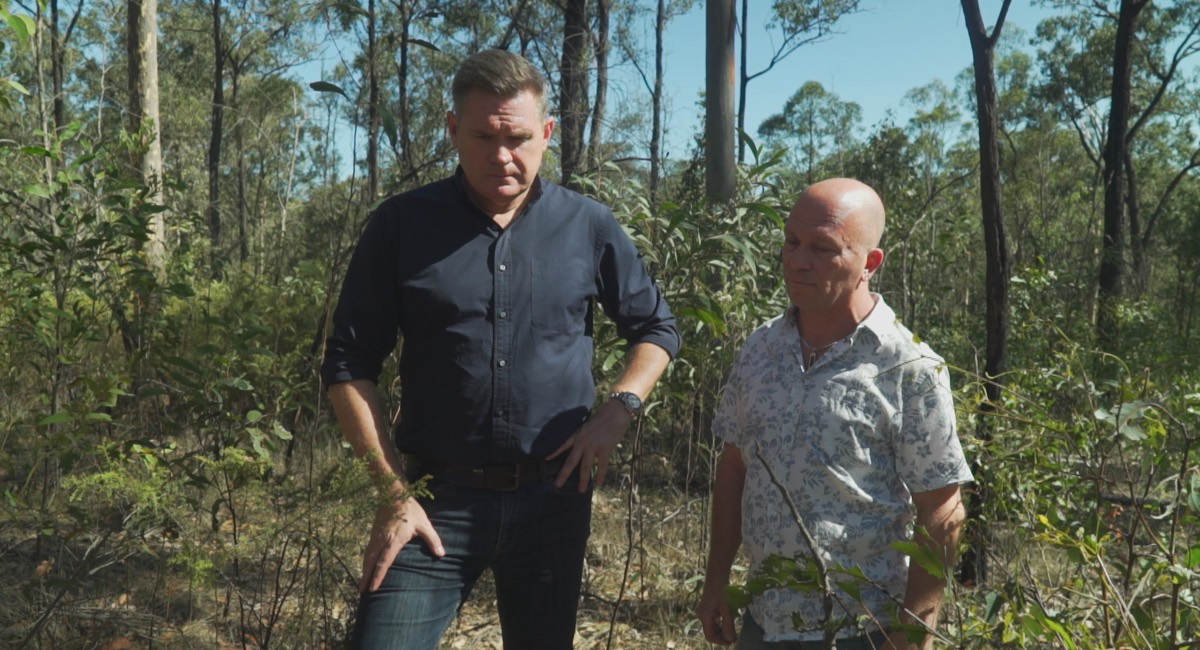 The idea for Seven’s Murder Uncovered came out of discussions between Seven producer Mark Llewellyn, programming chief Angus Ross and the network director of news and public affairs Craig McPherson.

“We were looking for more product for the network and we talked about a crime-based documentary series,” Llewellyn told Mediaweek.

That talk happened close to 18 months ago. Fast forward to now and the resulting series Murder Uncovered has been on air for the past month, launching with a big first night overnight metro audience of 950,000 and then 800,000 watching two episodes screened back-to-back from 9-11pm.

Murder Uncovered proved that if the content is right, FTA TV can still draw big numbers late into the evening.

“One of the things we didn’t want to do was go back and do something similar to what had been done before,” said Llewellyn. “Quite often shows in this space have relied on expert talent and some dodgy writing with some lurid re-enactments.”

One of the series that Llewellyn came across in his research was a US program on HBO called The Jinx. “The show investigates one man accused of multiple crimes, Robert Durst. What I liked about the techniques used was that it stripped away the story and didn’t over-embellish. What it did do was go back to the principal characters – the people involved including the investigating officers and eyewitnesses, even the accused and the judge.” Speaking to people connected with the cases makes it compelling because they are talking about the biggest event in their life, explained Llewellyn. “That brings an honesty and a power to the storytelling that I wanted to embrace.”

Seven screened a number of real crime specials produced by Llewellyn ahead of the series commission, including one on Anita Cobby.

Part of the challenge of Murder Uncovered is getting the access to key people connected with the cases the show delves into. Llewellyn told Mediaweek that often people connected to the case want to talk, but are sometimes stopped by well-meaning friends. “If they don’t want to talk that is understandable and I will walk away,” he said.

“People can feel a sense of relief if they are able to address matters that can have gnawed away inside them for years, sometimes more than a decade. Some people we interview even describe the experience as cathartic. There is a sense of relief they have been able to get something off their chest and honour someone they loved.

“We are always careful we respect the fact that people come forward to speak. We respect their story and we keep it as stripped back as possible without embellishing or twisting their words.”

When asked about how he finds new crimes to look into, Llewellyn said he is steered towards other cases every time he goes to investigate something. “When we interview a policeman they might often ask if we have heard about another one. We follow those leads and they invariably take us somewhere else interesting.

“We do look into many cases that are well known. We have a special on Melbourne’s gangland which is on hold while a court case is under way. What makes the story unique is that although it is very well known, we have many people who have never spoken openly about the events. That lets us bring a new angle and a freshness to it.”

The trick to keeping the audience engaged at a time when many are considering going to bed as an option, or flicking the channel to the myriad of other entertainment options, is to offer a mini cliffhanger at the end of each segment.

“I want to deprive the audience of sleep for the course of this entire year,” laughed Llewellyn about keeping Aussies out of bed. When asked about the demos of his audience, Llewellyn sat back and said, “You have just met the one person in Australia who knows little about that. However, my gut feeling is that if you tell a good story you will cross all demos.” In much the same way that Seven has attracted big all-people audiences over the past few years. That all-people win has given it the edge in TV ad share for the past few years.

“The anecdotal evidence I have is that women in particular love real crime stories.”

Compared to Llewellyn’s previous roles at Nine where he was head of news and current affairs and at Seven, EP of Sunday Night, this is a more focused hands-on role.

“It hasn’t been easy and the hours the team has been keeping have been quite extraordinary to get these programs to air. But we have all felt a great deal of reward and satisfaction.”

Llewellyn is working for Seven on what is an in-house production with this series. Seven is working hard at selling its programming internationally and the Murder Uncovered EP feels what he is making will resonate in other markets. “The themes are universal and the stories are compelling. I absolutely think it would travel.”

When asked about the two shows competing for the same audience, Llewellyn told Mediaweek. “I am not a programmer, but I find it baffling there are two shows of a similar subject matter on at the same time. It seems like a defensive strategy [from Nine] to split the audience, which harms both shows. There is clearly a market out there for these shows and if they had the courage to back their show they wouldn’t necessarily play such a defensive game. At the end of the day television is what it is and we have to stand on our own facing the competition whatever it is.”