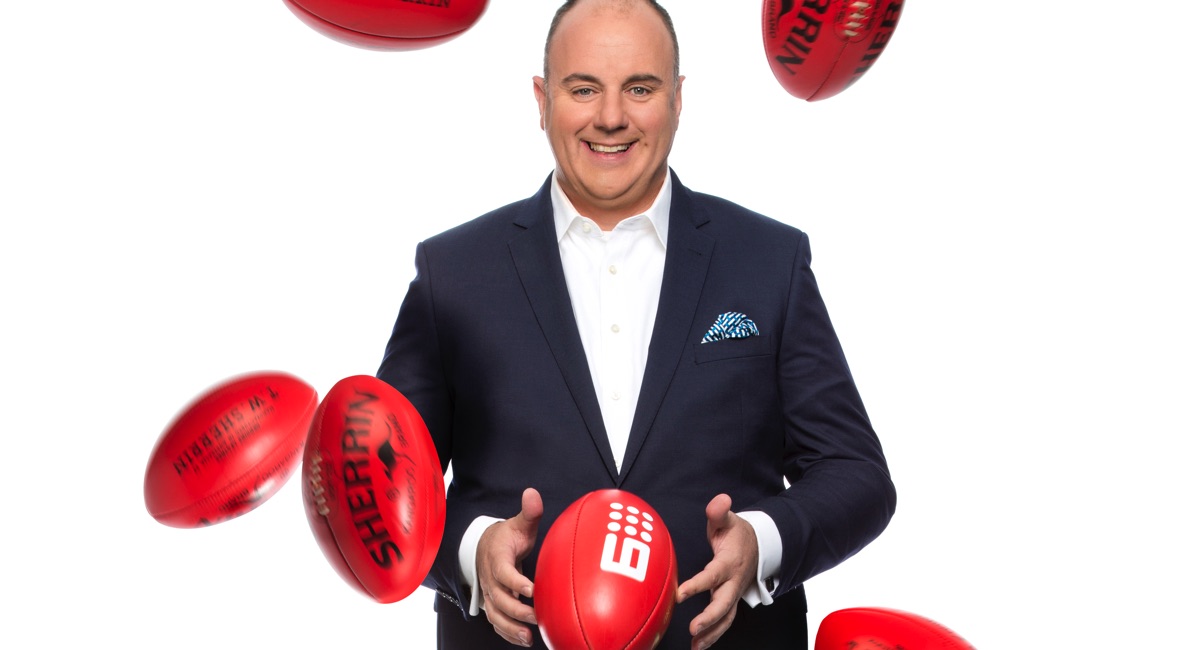 Craig Hutchison is not slowing down despite heavy media workload

His appointment marks Hutchison’s return to the program after four years spent as its gun reporter a decade ago when his job every week was to break stories on the program.

Hutchison has been embarking on a “Festival of Hutchy” as he went on the PR trail to promote his arrival. He has been agreeing to most things the Nine Melbourne PR boss Michelle Stamper has been suggesting, although he has apologised to some of his audiences for all the “bullshit” he has been helping shovel in the lead-up to the first episode.

He is happy to take on the PR tasks, but as someone not normally comfortable talking about himself, Hutchison told Mediaweek, “I hate that part of it.” He is prepared for a social media onslaught after the first episode, noting many people tend to be negative about his appointment. “It is my job to win them over,” he said.

Hutchison has a heavy workload that he will try to manage across the football season, not wanting to give up most of roles he fills. His biggest off-air role is running Crocmedia where he is the founder and CEO.

On air Hutchison will continue to host Nine’s Footy Classified on Monday nights as well as his new co-hosting role on The Footy Show. “I am giving up my role hosting the AFL Sunday Footy Show and two shows that Crocmedia owns on Nine – Footy SA into South Australia and Footy WA into West Australia. Scott Watters is the new host of Footy WA and Kane Cornes will host Footy SA. Tony Jones is the new host of Nine’s Sunday Footy Show.”

Hutchison is a fan of Cornes who also works for Crocmedia on the Sportsday South Australia radio program. “He is the biggest media star in South Australia.” 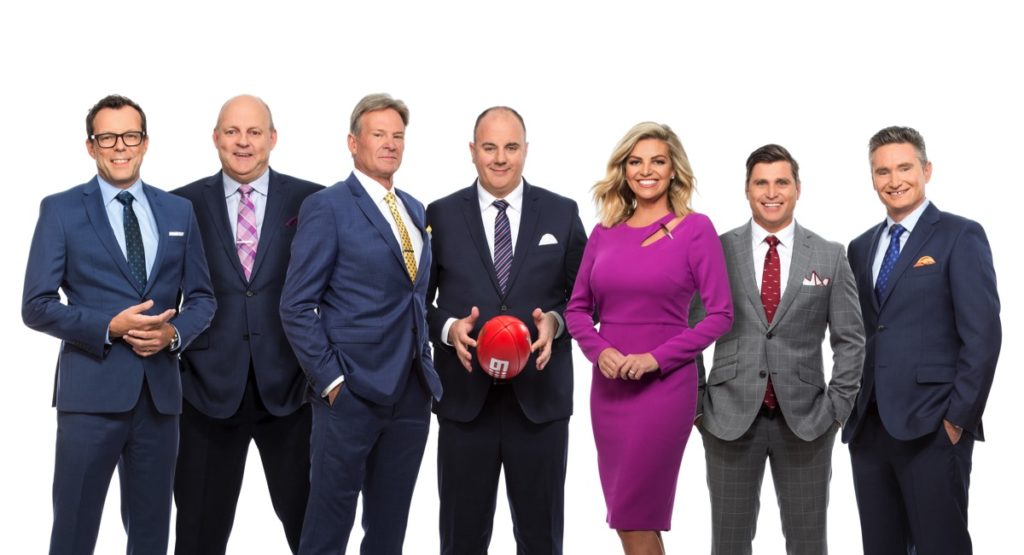 Being offered the role on the Nine Thursday juggernaut came as a surprise to Hutchison when contract negotiations with former co-host James Brayshaw came to an abrupt end.

Time management in 2017 will be important to the journalist-turned-media executive-turned TV host. “For The Footy Show we have Tuesday and Thursday morning production meetings plus other bits and pieces I might need to do during the week. For me it will be about being better organised. At Crocmedia there is a lot going on every day so I will need to make sure I use my time efficiently.”

Hutchison is getting involved in the creative process at The Footy Show, something he is enjoying so far. “The difference for me at The Footy Show is that somebody else makes the ultimate decision rather than me on what goes to air, which is unusual for me and a bit of an adjustment. I am used to acting first and thinking later, whereas at The Footy Show it’s a bit more structured.

“Nine has been really understanding about my other commitments. I have worked with them for 11 years and they have always been respectful of my other business. We make a number of shows for Nine so it is a collaborative relationship.”

Hutchison certainly won’t be phoning in the Thursday hosting role. “That is not in my personality. Once I am in, that is it and I don’t do anything by halves.”

Hutchison has known Rebecca Maddern for close to 20 years, the two crossing paths at Triple M Melbourne in the past. The two then both worked at Seven at the same time. “We haven’t had much to do with each other in recent times and it is good to reconnect.”

Hutchison notes how his role on The Footy Show differs from his previous position. “I am not a news journalist any more,” he noted. “But I am a real advocate for it on the show.” Filling that role since Hutchison left is Damian Barrett who also hosts The Sounding Board podcast with Hutchison every week for Crocmedia in addition to other media roles that include AFL.com.au and Triple M Football. The big audience who listen to that podcast will enjoy watching the two jousting on air on Nine’s Thursday program. The two have faced off on Nine previously though on both Footy Classified and The Sunday Footy Show.

The Sounding Board podcast sounds a little slicker than it did last year in terms of packaging, although Hutchison said: “It remains a work in progress. We get a lot of good feedback, but people can tend to tell you only what you want to hear. I hope it is a good product.” The Sounding Board is a good product and remains essential listening for anybody interested in sports media.

Crocmedia is not searching for a way to monetise the podcast, yet. “It is such a good business marketing tool for us. I would need to find the correct partner if we were to do a sponsorship deal. We are building the brand and it would need to be the right fit.”

Hutchison is a big fan of the boss of Nine’s AFL Footy Show, executive producer Adam Rowe. “I couldn’t speak highly enough about him. I would love to clone him and have him in our business. He is very much an overlooked production success story. He was instrumental in the success of Before The Game [Roving Enterprises’ Saturday show which ran on Ten for a  decade from 2003]. Adam then took over at Footy Classified and took it to a new level and this is his second year on The Footy Show.”

• Radio: SEN 1116 and regional networks on Saturdays with Off The Bench featuring Liam Pickering and Doctor Turf. “The Doc [John Rothfield] has come back in his best frame of mind in a long time. He is refreshed and energised…he is a supreme talent. We are pleased with how the show is going and it will keep evolving.” As to the important role Pickering plays, Hutchinson said: “He is a great radio talent and very relatable to people…what you see is what you get.”

• Podcast: The Sounding Board