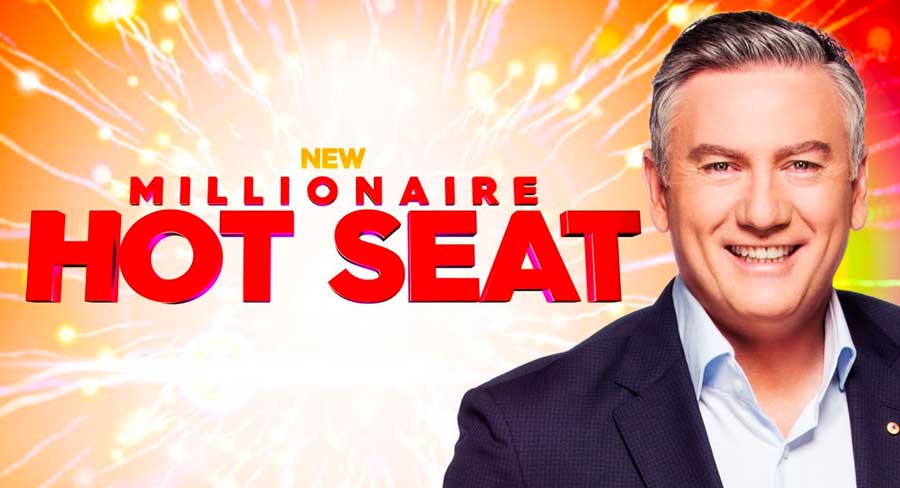 As well as the new episodes of Millionaire Hot Seat, Channel Nine is also bringing back the much-loved original Who Wants To Be A Millionaire in a series of special TV events.

The afternoon quiz show Millionaire Hot Seat is returning to Channel Nine tonight at 5 pm. The first contestant of the new year looking to take home the prize is Jeremy Crocker, a Melbourne resident who is looking to win enough money to share with his beloved West Ivanhoe Roosters Football Club.

Millionaire Hot Seat left its production location in Melbourne in late 2020 amid the COVID-19 outbreak and temporarily filmed on the Gold Coast. The new episodes will be the first since the show returned to Melbourne. As well as moving state, the new socially distanced episodes have been filmed without a studio audience and under strict COVID safe conditions to ensure that the cast and crew are kept safe.

The show’s host, Eddie McGuire, says that he’s looking forward to getting back to the show and giving away cash prizes after a tough year last year.

“Much like with the AFL, it was great for Hot Seat to feel the hospitality of Queensland last year,” he said. “We are so thankful for their vital support. I am very excited to bring Millionaire Hot Seat back to its spiritual home in Melbourne. 2020 was an extremely challenging year for so many and it is fantastic to be back giving people the opportunity to win huge cash prizes.”

As well as the new episodes of Millionaire Hot Seat, Channel Nine is also bringing back the much-loved original Who Wants To Be A Millionaire in a series of special TV events. Channel Nine will start airing these special events on Monday, January 25 at 7:30 pm and will be featuring a lineup of Australian celebrities, Australian sports stars, and frontline workers looking to win big.