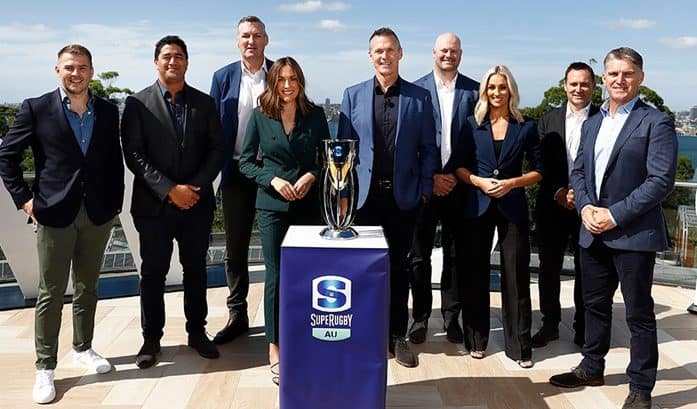 Does Stan quickly need more sports? Not for its proposition to work, says CEO

The start of the Super Rugby 2021 season is less than two weeks away with the new Stan Sport ready to live-stream its first matches with a doubleheader on Friday February 21. With just five teams in the Australian conference, the first night will feature two games – one in Brisbane followed by another from Perth.

Stan’s Rugby launch week turned into a battle of the streaming giants. On the day before the Super Rugby AU launch, Telstra unveiled its game-changing $5 and $10 a month packages for Kayo.

See also: TV deal: How to get Kayo Sports streaming service for just $5 a month

Then the day after the Stan Sport event, Foxtel revealed it had poached the Netball competition from Nine for Fox Sports and Kayo. In doing so Foxtel revealed its strategy for going after the big sports without a FTA partner to satisfy anti-siphoning legislation. Some of the netball games will be offered free on Kayo, as can other major sporting events when the need arises.

Amongst all that, Amazon Prime created a splash with news about its deal with Swimming Australia.

How Stan was ready for sport

“As we put together the investment and the plans to launch Stan, we always had what we referred to as a multi-horizon strategy,” Sneesby said this week. “That talked to the key things we would need to achieve in the business over time.

“In what we referred to as Horizon Three, there was a world where we anticipated Stan would reach an important point of scale, profitability and positive cash flow. As a result of that we would be in a position to consider live streaming. And streaming with a product outside of entertainment which is what Stan has been best known for.

“In those early days, without specifically talking about sport, live streaming and the ability to grow our product set has always been part of the long-term strategy.”

What Stan Sport offers that others can’t

Stan has partnerships with Nine in the coverage of the two sports it has so far announced – Rugby and Grand Slam Tennis. Sneesby said Stan is the only business equipped to do what is required to deliver to consumers on FTA and a subscription platform.

“Acquiring broadcast rights and paying the money for those rights is one thing. At the end of the day, we need to put that sport in front of an audience that gives it growth and builds it over time. The model of building a sport and giving it a bigger audience creates value for us as a broadcaster and also creates value back to the sport itself. We are uniquely positioned to do that like no other business in Australia.”

Sneesby is not yet ready to reveal how many subscribers Stan Sports initially needs. “We will set ourselves a very clear target and we have done our homework on how that target is achievable. As has always been the case with Stan, we expect to be hitting those targets next year. Early indications from social media and the way consumers are reacting to the proposition as we reveal more about it, has been extremely positive.”

Testing the market to settle on the subscription price

Stan has a lot of data from existing subscribers on how they respond to content on the platform, something that has helped plan the delivery of live sport. “In bringing this product to market we have been able to settle on the price point of $10 a month. Some of our subscribers with a keen eye might have noticed several weeks over the summer many subscribers were presented with the proposition of Stan Sport at a range of different prices to test what consumers thought would be the right amount. We have chosen $10 because we know it is what consumers want.”

Stan Sport doesn’t have a shopping list of other sports its needs to add quickly, said Sneesby. “There isn’t a need to us to go and acquire a barrage of sport in order for our proposition to work. We are servicing fan bases for rugby and tennis. If opportunities come along to grow that we will look at them. The business model works. This [month] is not about launching Stan Sport, this is about launching rugby. When it comes to time for Wimbledon and Roland Garros, it will be about tennis.”

Stan Sport will be completely ad-free. However, some of the integration that Nine sells for its rugby coverage will also be carried on Stan. “The sponsors that are attracted to rugby on Nine add a lot of value to the professionalism of the game. We feel comfortable if some brands are seen during our broadcast. There will be no ads though.”

To date, Stan has operated independently of Nine. But is this Nine and WWOS partnership with Stan for Rugby indicative the two will be partnering on more content in the future?

Sneesby: “One of the important things for us in launching Stan, particularly when the category was brand new, was to make sure there was a differentiation. To make sure consumers knew the difference between what was FTA TV funded through an advertising model and what was subscription television funded through subscriber payments.

“The ability we have now for live streaming, with sport or other events, naturally means there will be great opportunities. WWOS is the entire back end of the operation of this broadcast. This is probably the biggest joint initiative between Stan and Nine since we launched. In the world of live broadcasting, there is no better company in Australia than Nine. As we explore the future of live streaming on Stan you can bet Nine will be an important part of that.”