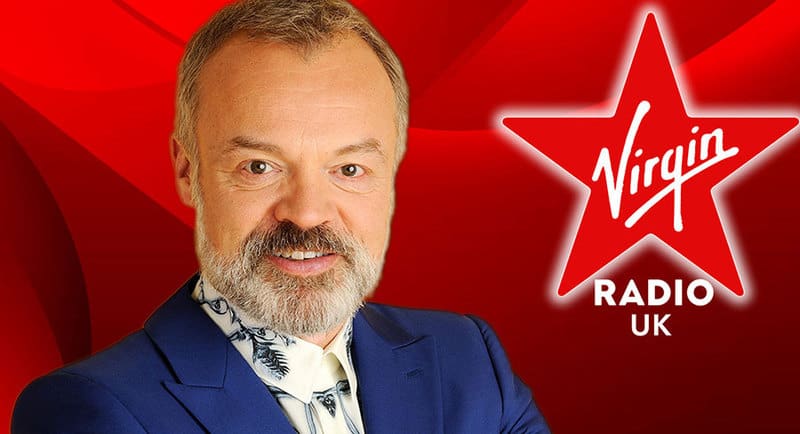 • His new weekend shows on Virgin Radio will launch in the new year.

The much-loved broadcaster last week announced he was stepping down after a decade at BBC Radio 2. His new weekend shows on Virgin Radio will launch in the new year.

Norton is the second of Radio 2 biggest stars to jump ship to Virgin Radio. At the start of 2019 former Radio 2 breakfast host Chris Evans moved to the DAB and streaming radio station.

Regular listeners to Evan’s Virgin Radio show had been tipped off by the host some time ago that there was a major move in the works. 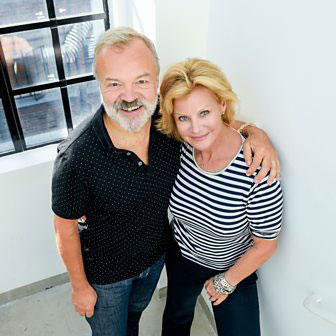 Graham said: “I am excited and a little surprised to be joining Virgin Radio UK in 2021. I was very content where I was but the opportunity to host shows across the weekend seemed too good to miss out on. Plus the energy and enthusiasm at Virgin Radio are infectious and I can’t wait to get started! Did I mention the studios are very close to my house?”

Virgin Radio UK content director Mike Cass added: “Graham Norton is one of very few truly unique talents in broadcasting. I’m delighted to be welcoming him to the Virgin Radio family in the new year. He’ll be bringing double the wit, double the banter and double the love across Saturday and Sunday.”

Wireless CEO Scott Taunton added: “Wireless continues to invest in the very best talent as we drive forward the ambitious plans we have for our national digital stations in the UK. Graham is a broadcasting icon and it’s not hard to see why he has the highest-rated single radio show in Europe. Tuning in to Graham Norton on Virgin Radio will be the hottest new year’s resolution around.”

Graham has picked up almost every TV award going, including numerous BAFTAs, National Television Awards, and International Emmys. His tenure as the UK’s premiere chat show host started on Channel 4 in the late 90s with So Graham Norton and continues now on BBC1 with The Graham Norton Show.

Graham has been hosting the iconic Eurovision Song Contest for over a decade, and most recently, appeared as a judge on the smash hit RuPaul’s Drag Race UK. He is also a Sunday Times bestselling author of two successful memoirs and three critically acclaimed novels.

Listeners to Norton’s BBC2 Radio program will be hoping that part of the move to Virgin will include Maria McErlane who co-presents some of the best parts of Norton’s program on Saturdays.