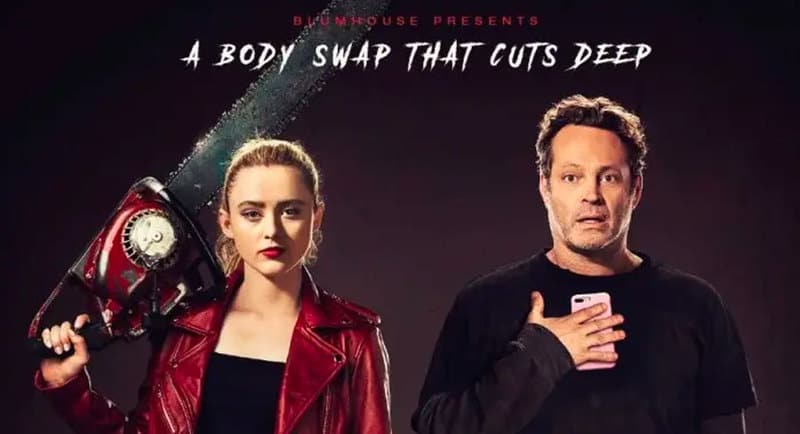 The Australian box office has a new #1 after Freaky Friday has knocked off Australian hit Rams in its first week of release.

The new spin on Freaky Friday sees Vince Vaughn and Kathryn Newton play a serial killer and a teenage girl who swaps bodies and the teenage girl’s attempts to swap back.

The other change to the top five from this weekend is the return of Tenet which is back after spending two weeks outside of the top five.

The two films to drop out of the top five over the weekend were Radioactive and The Craft: Legacy.

The latest rendition of the body-swap classic has caught Australian audiences attention by blending comedy and horror with the film averaging $2,204 on 266 screens.

After 12 weeks the sci-fi blockbuster has returned to the top five, which makes it 10 out of 12 weeks that is has been one of the top-earning films. Tenet saw a huge increase of 496% from the weekend prior as it had an average of $3,886 on 149 screens, giving it the highest average of the weekend. Tenet now has a total of $12.72m.

The Australian comedy-drama has now been in cinemas for three weeks and has seen its total swell to $2.93m. Despite slipping from #1 to #3 the film was the most screened film in the country over the weekend being shown on 326 screens, averaging $1,545.

After four weeks Honest Thief is still in the top five and has seen its total grow to $2.48m. This past weekend the film averaged $1,498 on 252 screens.

Trolls World Tour has spent 12 straight weeks in the top five as it enjoys a very lengthy release. The film has now made a total of $7.83m after averaging 1,310 on 216 screens.