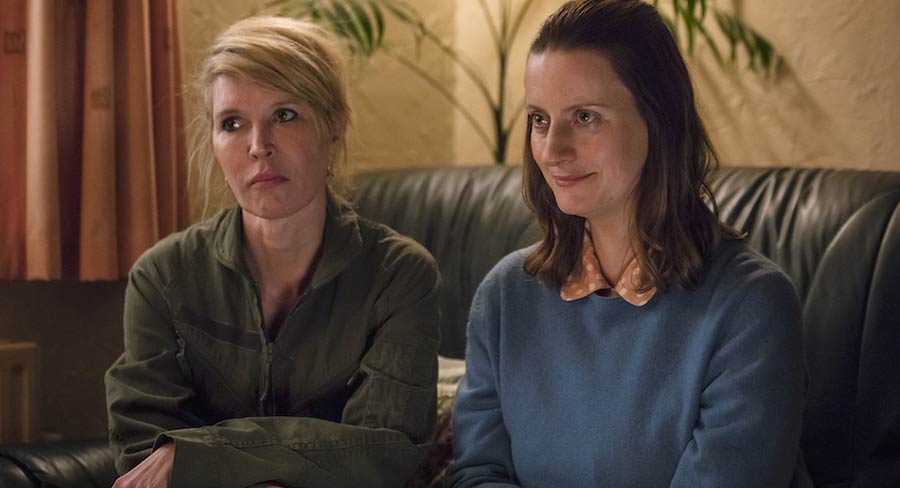 • The HBO/Sky co-production sees her playing another sociopathic narcissist

Back in 2005, the ABC screened an outrageous BBC sitcom called Nighty Night starring and created by Julia Davis. It was about a horrible hairdresser torturing her neighbour who suffered from multiple sclerosis and The Sydney Morning Herald correctly described it as “unhinged”.

Sally4Ever screens in a one hour time slot alongside Camping, an American remake of Julia Davis’ 2016 sitcom of the same name. Why not just screen the original and make a Julia Davis comedy double bill? Well, probably because the American cast is more recognisable and promotable, like Jennifer Garner playing the overbearing wife of David Tennant. There is also Juliette Lewis playing another version of the same free spirited character she plays on The Connors, but although this series is now credited to Girls’ co-writers Lena Dunham and Jenni Konnor, Camping may have lost something in translation from the UK to US.

Elsewhere, it has been a sad week with the deaths of much-loved actors Carmen Duncan and Kristoff St. John. The stylish Carmen Duncan appeared on Aussie classics like Certain Women and A Country Practice, but she was best known for playing American superbitch Iris Carrington on Another World. Duncan appeared on the daytime soap for six years, while Kristoff St. John was still playing Neil Winters after 28 years on The Young and The Restless.

Despite his ongoing soap contract, CBS always allowed Kristoff St John to make guest appearances on competing network sitcoms like ABC’s Family Matters and The CW’s Everybody Hates Chris. Such friendliness amongst Australia networks though is discouraged, with Yvette and Angie now banned from Gogglebox because they are on I’m A Celebrity…Get Me Out Of Here! “The issue that upsets Foxtel is the exploitation of the Gogglebox brand to market and sell another program,” said Foxtel, somehow missing that Gogglebox also screens on 10, the same network as I’m A Celeb. It’s a shame that audiences will miss out because of network politics that say “Nighty Night” to two gorgeous Goggleboxers because they dared to go “Camping”.