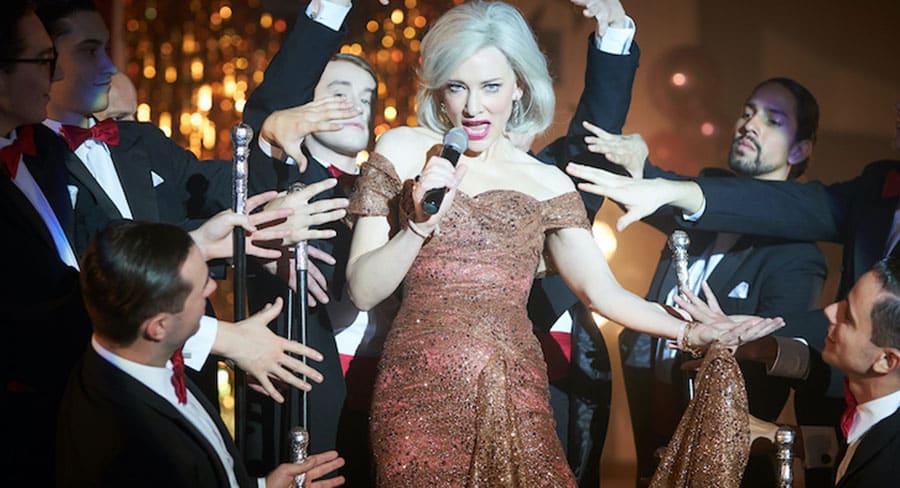 • Stateless is about to become Must See TV.

Nobody wants to kick a dog when it’s down, so let’s congratulate Seven first on that magnificent Fire Fight Australia Concert. They will screen four hours of highlights this weekend (Saturday from 7pm) and show some bits they missed, while Foxtel viewers saw it all ad-free and live.

Cutting away to News in the middle of their most iconic concert EVER was silly, but Pooch Perfect (Thursday on Seven) is sillier. It’s about groomers, but not the ones that Andrew Bolt defends on Sky News, these are groomers who bedazzle jewels onto small dogs and carve buzzwords like “DIVA” into their fur.

Host Rebel Wilson spends a lot time making jokes about dogs’ bums, which is perfect for a show that is dumber than dog shit. But at least it looks good, situated in a candy-coloured Willy Wonka world. Pooch Perfect won’t be a hit locally, but it might travel the world well through Netflix, who also screen other Seven flops like Zumba’s Just Desserts and Yummy Mummies.

For a more realistic depiction of Australia, Stateless (Sunday 1 March on ABC) is about to become Must See TV. This will also be an international hit with a big-name cast including Cate Blanchett and Dominic West as a creepy cult couple, Jai Courtney and a career best performance from Yvonne Strahovski. Stateless is sensational.

In the lead-up to SBS’ first live broadcast of the Mardi Gras Parade (Sat 29 February), there is some good tie-in programming on SBS World Movies and NITV next week. 10Play is airing some LGBT docs and Neighbours’ (Friday 28 February on 10Peach) gay couple David (Takaya Honda) and Aaron (Matt Wilson) visit Sydney to party with Courtney Act. Neighbours is so gay, it even makes plans a year in advance.

Could Sky News plan more good journalism like MH370: The Untold Story, rather than their commentators making bad situations worse? Peter Stefanovic’s documentary was fascinating, but all anybody was talking about this week was Bolt’s vile comments about the St Kevin’s child grooming scandal, in the wake of Louise Milligan’s gobsmacking investigation on Four Corners. Is that really what Sky News would rather be known for?

Lots of soap milestones happening, with Bill Hayes (Doug) celebrating 50 years on Days Of Our Lives and Eric Braeden (Victor Newman) still going strong after 40 years on The Young and The Restless (both Fox One). Coronation Street just aired its 10,000th episode, while EastEnders (both on UKTV) is turning 35 by throwing half the cast into the Thames.

Next week, we look at the new movie Miss Fisher and the Crypt of Tears, and other Aussie TV shows that have been turned into films.