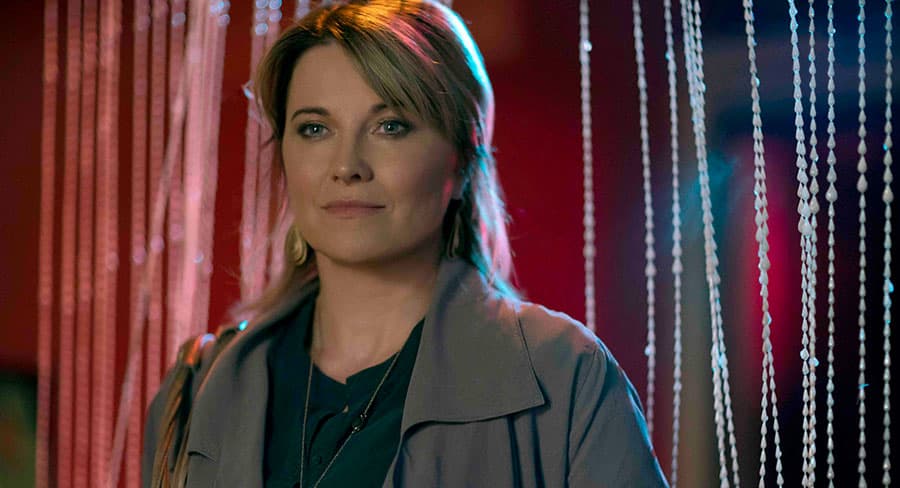 • Aussie murder mysteries are a bit hit and miss when it comes to survival.

Murder mysteries of the week are prolific on TV but – full disclosure here – I have never been a fan of the genre. Lots do enjoy them though, and nobody minds that Midsomer Murder and Murder She Wrote are very dangerous places to live in.

And apart from Miss Fisher and Dr Blake, Aussie murder mysteries are a bit hit and miss when it comes to survival.

10 last tried in 2013 with Shaun Micallef and Kat Stewart in Mr and Mrs Murder but now they have My Life Is Murder (Wednesday) which is about a “fearless” ex-cop Alexa (Lucy Lawless – pictured) and her wacky “millennial data analyst” assistant Madison (Ebony Vagulans). They solve oddball cases for Det Insp Hussey (Bernard Curry) but for what reason or why, it’s never made clear. All you really need to know is that Alexa is so brilliant, she spends her spare time watching how-to-videos in international languages.

My Life Is Murder could have been called My Life In Melbourne because every plot advancement takes place with a waterway or city skyline perfectly framed in the background. So far, there is no mention of the city’s favourite game, but that’s OK because the AFL is busy looking more at two Adam Goodes documentaries.

The first, The Final Quarter (Thursday on 10), uses only news and footy show footage, in chronological order. The Australian Dream (in cinemas August 22), written by Stan Grant with Adam Goodes’ involvement, is different in that it will include retrospective interviews. So start with The Final Quarter, which shows everything exactly as it happened.

Anyone wondering why Sam Newman is no longer on TV need look no further than him having a furious rant about racism. Why are he and the other furious white men so angry, especially when compared to the calm and measured responses from Goodes?

Also angry this week are the cast and crew of Home & Away who have had to endure yet another round of rumours that Australia’s highest-rating drama is about to be moved, axed or (in the stupidest take of all) shifted to a later time slot so it can do “more adult oriented storylines”. And that would happen even though it is screened in the UK daytime and early evening? Yeah right.

Seven’s director of programming Angus Ross told Mediaweek, “I can assure fans that the story is utter drivel. There are absolutely no plans to move it from its 7pm timeslot on the main channel.”

“Home & Away under pressure” is right up there with great urban myths like “the psycho killer in the back seat of the car” or “the vanishing hitchhiker”. Although in Summer Bay, that’s just an average week!