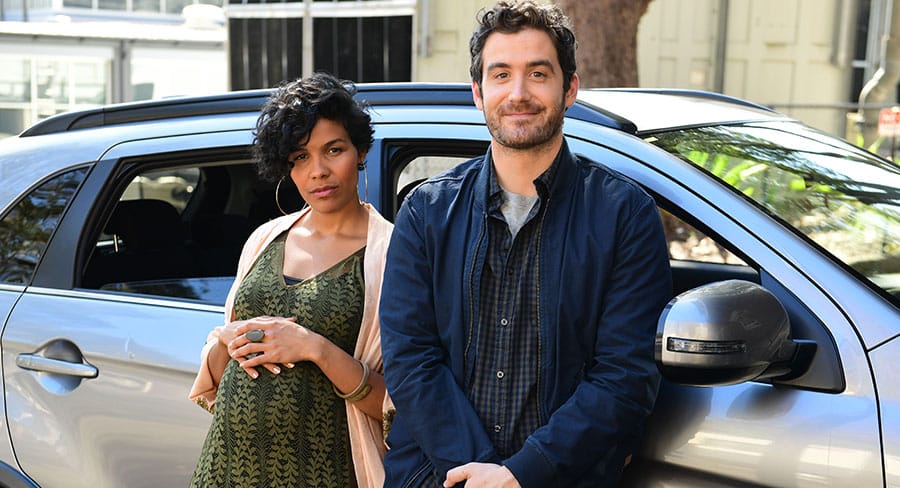 • Special rant: How about less channels with better must-see shows?

Australian sitcoms are often risky propositions so it is no surprise that recent productions have revolved around concepts that are deceptively simple and relatively cheap to make. And the latest trend in local comedy is to set them in and around cars.

No Activity, which was Stan’s first local commission and led to an American remake, is about undercover cops sitting in cars doing stakeouts. Squinters, also made by Jungle Entertainment, is about commuters travelling to and from work. Its second season finale is the lead-in for another car comedy, Diary Of An Uber Driver (Wednesday on ABC).

The ABC must think that their audience will stay on board because they are already primed, but surely there is a bigger danger of them noticing similarities between the shows? Because, just like the others, Diary Of An Uber Driver is a series of skits and improv, with revolving guest stars and a continuing storyline or two to link it all together.

Diary Of An Uber Driver gets off to a promising start, but timing is everything in television. And wouldn’t you know it, there is also another car sitcom from the UK next week when Ricky Gervais regular Karl Pilkington gets his own show, Sick Of It (next Friday on Stan).

Here’s something I am sick of – more and more TV channels that seem to exist for no other reason than sucking every last dollar out of advertisers while they can. The same logic appears to apply to weekly tabloid magazines spinning off monthly titles because their “audience is asking for it”. Yeah, right.

We may be living in an era of Peak TV, but that’s because of streaming and the uncomfortable truth is that there is just not enough content for Free TV and Foxtel to keep sustaining so many channels. For example, is it a misprint that 7fllix is screening the same movie (Oh God Part II) for two days running (Saturday and Sunday) while also replaying TV series Bones for nine hours one night (Sunday from 7.30pm) and then eight hours the next (Monday from 8.30pm)?

TV Tonight recently reported that Peach would be screening the fourth and final season of Crazy Ex-Girlfriend on Monday mornings at 2.20am from August 4. It is not listed to air next week (so has either been pulled or already dropped) but seriously? That is the only timeslot that can be found for a first run series on a youth-oriented channel still repeating the same old, older-skewing US sitcoms for the past eight years?

Instead of so many TV channels, how about having less options but with better and must-see shows? Instead of TV Week having an extra “must-have monthly mag”, how about making sure the weekly edition has the best content possible in it? OK, rant over, I’m heading out to buy New Idea’s new monthly Royals mag, because there just isn’t enough (made-up) material about the Monarchy currently available.