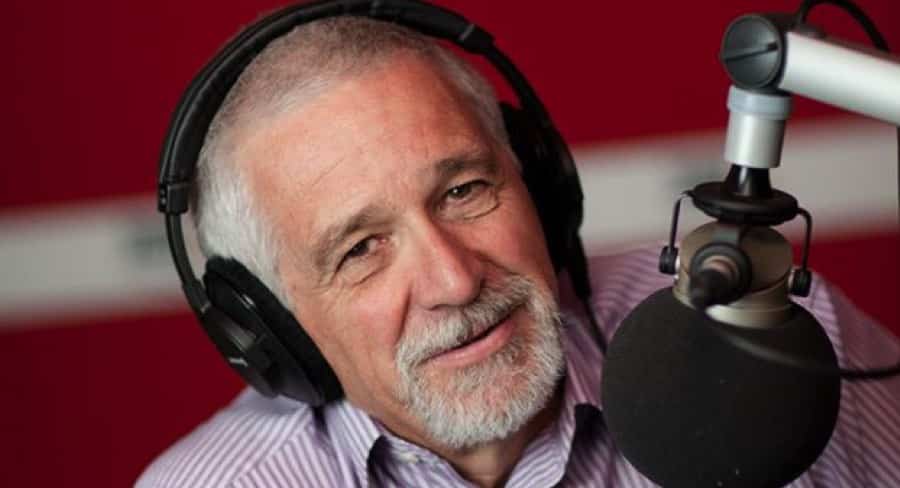 The 3AW presenter opens up about his passion for talkback radio.

Neil Mitchell has been on air at Melbourne’s 3AW for the past three decades. In this time, he has collected 21 ACRA trophies. However, despite such frequent wins, it’s not something he has gotten used to. “The important one is always the next one, not the last one,” Mitchell told Mediaweek. “That’s the way I view everything including programs. It’s great to have a good show today but, once that’s done, what is important is what will happen tomorrow.”

Mitchell won an award at the ACRAs this month for Best Current Affairs Presenter.

The radio broadcaster credits his team and listeners for keeping the program fresh. “The audience helps enormously because you have such a direct relationship with them. So if you were to start getting stale – I hope I haven’t – then they would tell you. I live by the reactions on the phone. If I am having a quiet day and people aren’t calling for whatever reason, I get very anxious and start refreshing,” Mitchell said.

3AW morning has been dominating its timeslot for the most part of the last three decades it has been on air. Mitchell said a strong lead-in is very important on radio. The 3AW breakfast show, hosted by Ross Stevenson and John Burns, is one of the most successful radio shows in Australia. It has had over 130 consecutive radio surveys as #1 breakfast in Melbourne.

“Ray Hadley said the other day that I was no-talent bum and the only reason we rated was that we have a big breakfast program. I’ll go with that. It is enormously important to have a good lead-in. That is a great program,” Mitchell said.

“I take the ratings very seriously. They are an assessment of how we are going. Thankfully, we have had 184 number ones in the last 30 years – we have been beaten a handful of times. But if we ever slip back a bit, I get very self analytical about it.

“The audience is very discerning. If you lose touch with them, you will likely lose ratings. So if your ratings go down, it is a good reason to reassess.”

Mitchell knew he wanted to be a journalist when he was a teenager. After completing high school, he did not waste any time and started applying at various media outlets. He worked in the industry while pursuing his tertiary education part-time: “I thought I couldn’t handle being stuck in an office. I wanted to go out there, talk to people and experience things. Here I am now, stuck in a padded cell talking to people. [Laughs]

“Journalism was always the focus.”

His career has seen him work in print and television. Mitchell got into radio and 3AW because of Derryn Hinch. The initial offer was to fill in for Hinch, who hosted mornings at the time on 3AW, while he was on holidays. Hinch soon left the station, which resulted in a shuffling of hosts around the station. Mitchell was asked to do drive, where Steve Price was his producer. After presenting in that timeslot for two years, Mitchell was then moved to mornings. “I didn’t intend to stay. I thought I would do this for a few months or a year and here I am. Nothing has ever appealed as much again,” Mitchell said.

About his morning shift, he said: “It’s exciting. You are talking to real people, which is a great privilege. I have had my own show on two TV networks and have edited and written for newspapers too, but radio is the most pure form of communication. It’s direct. You are talking to your listeners directly on talkback.”