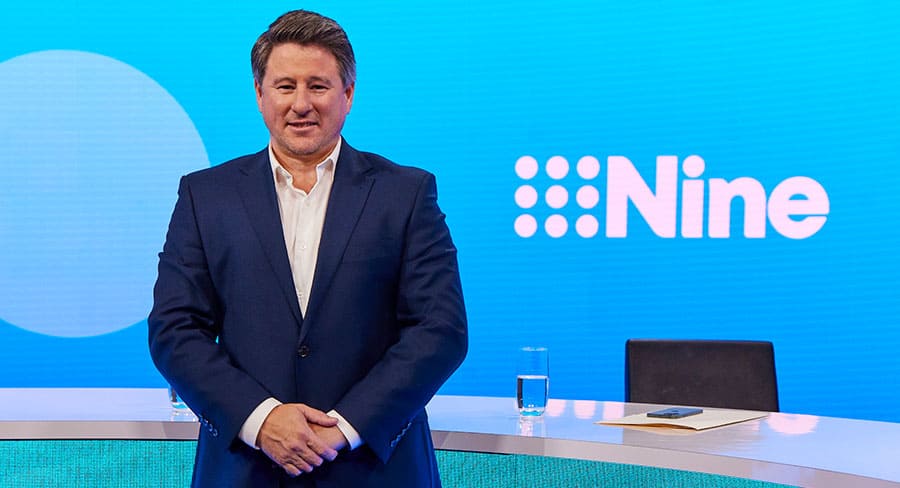 Nine has announced the appointment of Mike Sneesby as Chief Executive Officer, effective 1 April 2021, following the decision by the current CEO, Hugh Marks, to step down.

NEC Chairman Peter Costello made the announcement this morning at Nine’s HQ in North Sydney.

Costello said: “The board and I have every confidence that, under Mike’s leadership, Nine will be able to maintain the significant momentum it has built. Mike is well placed to continue to drive Nine’s transformation as a digitally led business which is actively adapting to meet the contemporary media consumption habits of Australians.

“I also want to pay tribute to the remarkable tenure of Hugh Marks, who in 2015, inherited a legacy television business with a market capitalisation of around $1.3bn.  Through the combined strength that came from the Nine-Fairfax merger, our current market capitalisation has grown to just over $5bn. This is a remarkable turn-around and Hugh has my sincere thanks and gratitude for his work.  His time as CEO has seen Nine make a number of key strategic decisions, which not only redefined Nine but changed the wider media landscape in Australia.” Sneesby said “I am honored to be entrusted with this important role, to be the custodian for many of Australia’s most important, valuable and iconic media brands.  I have worked alongside my colleagues at Nine for many years and I look forwarding to building our future together as we embrace the opportunities presented in the emerging and growing digital future.  The Nine family is made up of journalists, technicians, producers and so many dedicated to their craft, it will be the honor of a lifetime to lead them.”

Marks will finish his term as Chief Executive Officer on 31 March 2021 and will remain available to assist with a handover to Sneesby in the following months.

Sneesby is an experienced media executive with a depth of local and international experience. He has been the CEO of Stan Entertainment, since its inception.

Sneesby was formerly the CEO of the Microsoft/Nine ecommerce joint venture, Cudo, up until its sale in 2013. Prior to that, Sneesby set up the invision IPTV service in Dubai as Vice President of IPTV for the Saudi Telecom/Astra Malaysia joint venture lntigral. Before joining lntigral, he headed Corporate Strategy and Business Development at ninemsn where he led the company’s corporate strategy function and established a portfolio of high growth digital media businesses including the start-up of MSN New Zealand and management of the EPG and listings business HWW. Prior to ninemsn, Sneesby led a company-wide program for Optus rolling out and launching their national ADSL broadband network.

Sneesby spent his earlier career in leadership and consulting positions gaining broad experience in digital media, technology and telecommunications in Australia, Asia and the USA. He holds an Honours Degree in Electrical Engineering from the University of Wollongong and an Masters of Business Administration from the Macquarie Graduate School of Management.