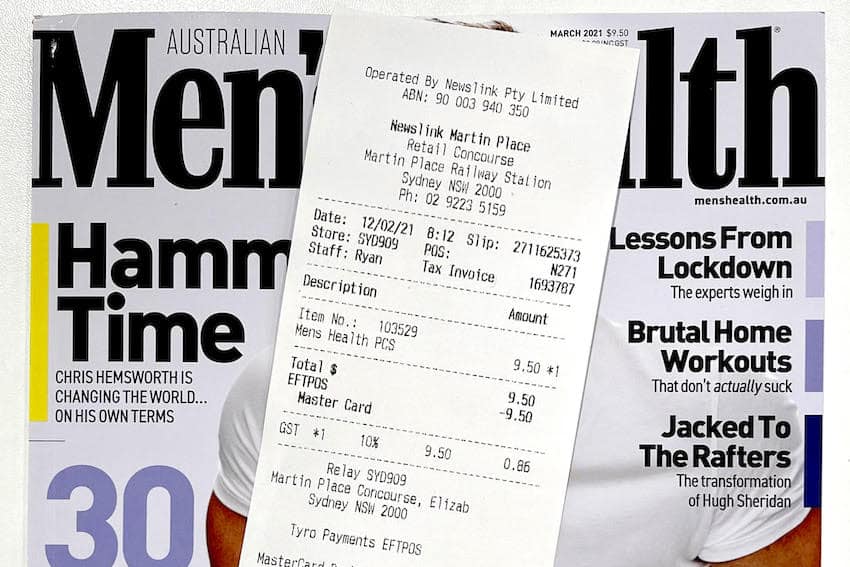 Editor’s letter: Longish with no photo of the editor.
“We never stopped believing Men’s Health would regain its place in the Australian media landscape. We return under new ownership, into a world where health dominates the news cycle.
“As a team, we are reinvigorated. As a magazine, we are better positioned than ever to help you become the best man you can be.
“When all’s said and done, where would we be without belief? The belief that all will be okay? That we will get through this? That better things are coming? We need to believe in all these things. Otherwise, what would be the point of it all?”
Giveaways: No major reader competition.
Men’s Health Subscription offer: $79 for 12 – save 31%. No bonus gift like Women’s Health offered.
Socials: Using Instagram as key platform for engaging with audience it seems. Plenty of Facebook posts too though.
Facebook: 1,262,846 followers
Twitter: 34,100 followers
Instagram: 106,000 followers
Summary: Paragon Media has managed to pull off two major magazine launches on the same day. Now the Men’s Health and Women’s Health brands are up and running it will make the task of attracting new readers and commercial partners easier by being able to put the product in their hands. It’s been a landmark week for magazines, let’s hope the momentum can continue in the sector and it gets the support it deserves.