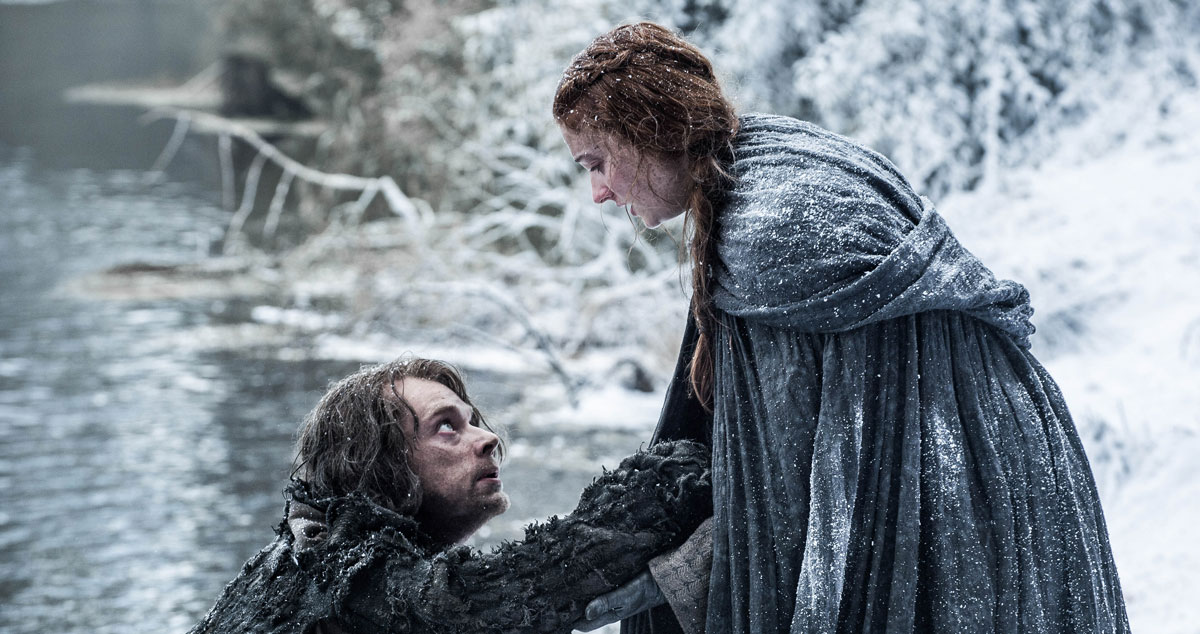 Keep on top of TV highlights over the long weekend.

TV highlights to keep you going over the long weekend. Selections curated by Andrew Mercado (AM), James Manning (JM), and Dan Barrett (DB).

Tomorrow When The War Began – 7.30pm on ABC3
It was a hit movie that didn’t turn into an ongoing franchise so now TV is going to have a go. The teen novels are still being studied at schools so there is bound to be an ongoing audience for this. And unlike the movie, the parents (interred in camps) will now be part of the story and played by several of the original cast of The Secret Life Of Us, Deborah Mailman, Sybilla Budd and Spencer McLaren. Packed To The Rafters’ James Stewart, soon to play a new dad in Home and Away is also in it playing The Colonel. Sounds fantastic. (AM)

Father Brown and DCI Banks – 7.30pm and 8.30pm on ABC
This Saturday night crime double is a viewer favourite pulling great crowds for the channel.

Father Brown is made by BBC Productions and launched in January 2013. DCI Banks meanwhile started life in September 2010. The series is made by Left Bank Productions for ITV.

7TWO has a piece of this genre too with UK crime drama screening Monday to Thursday at 8.30pm (with Escape to the Country taking that timeslot on weekends). (JM)

When We Go To War: Bea’s Letter – 8.30pm on ONE
The war theme continues this Anzac weekend with the first of a six-part New Zealand mini-series made for their ANZAC Centenary last year. Like our own troublesome series, this one also didn’t hit the heights intended but if you want to have a look, two sex scenes within the first 10 minutes might get you on board. Look out for Aussie actor Tom O’Sullivan, who was just in Molly, in the first episode. (AM)

Downfall – 8:30pm on SBS
This bleak drama chronicles the final days of Hitler from his point of view. While it absolutely stands as a supurb drama that will re-shape any perceptions you had about the German leader, the value of the film is two-fold: You know that Hitler video meme with him angry about trivialities about the modern world? The footage comes from this film. (DB)

And Then There Were None – 8.30pm on BBC First
Plenty of actors from down under in this excellent new BBC adaptation of the classic Agatha Christie novel. Sam Neill, Maeve Darmody and Noah Taylor (good to see him again) all play strangers with a past as they are invited to a mysterious island shindig where murder is on the menu. Although some English critics didn’t like it differing from the novel, viewers disagreed and watched it in droves but unlike them, we will get to see it in one three hour movie event. Lots of encore screenings on the channel too over the subsequent days. (AM) 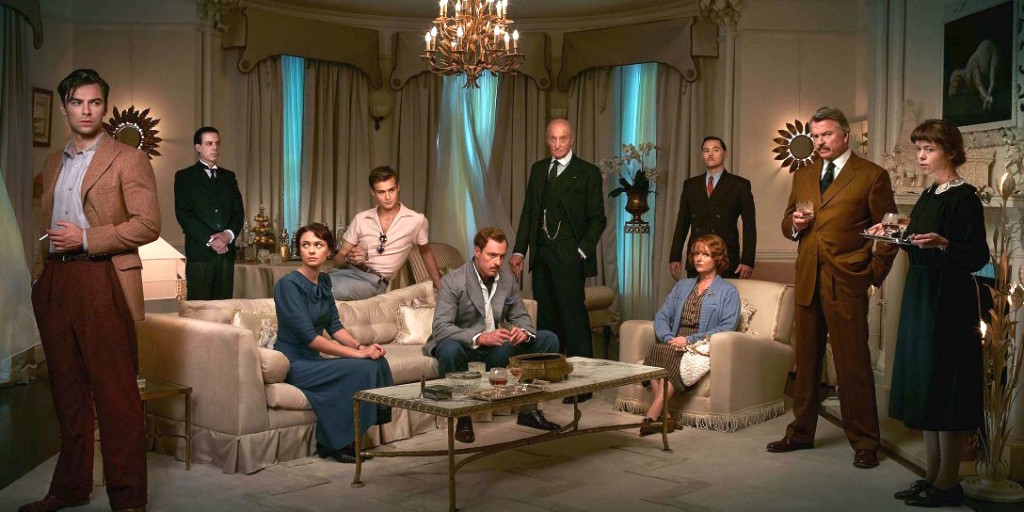 60 Minutes – 8.15pm on Nine
The big story this Sunday is about Aussie quintuplets but there may be more interest on how the show will cover the recent drama in Lebanon. (AM)

David Attenborough’s Great Barrier Reef – 7.40pm on ABC
The final episode is called “Survival” and should be required viewing for The Courier-Mail (which is facing criticism about ignoring stories about reef bleaching) and minister for the environment Greg Hunt. He was quoted saying that this series proved the reef was in no danger after watching the first episode. But producer Anthony Geffen was quick to tell the press that Hunt really needed to watch the whole series to the end – so here’s his chance tonight. (AM)

Midsomer Murders – 8.30pm on Nine
Can you believe – 18 series have now been made of this hit ITV series, produced for the British broadcaster by All3Media’s Bentley Productions. This 18th season launched in the UK in January this year. This is one of the ABC’s most consistent performers and it will really be game on in May with Midsomer Murders also overlapping against MasterChef Australia and The Voice. (JM) 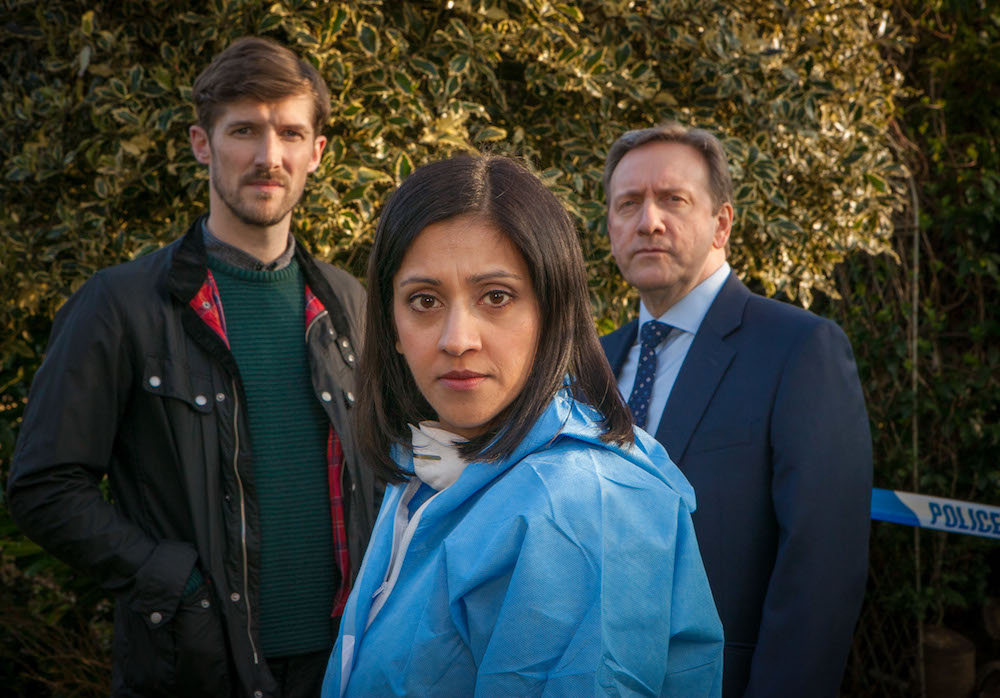 Game of Thrones – 11am and 7.30pm on showcase
In a first for Australian TV, Australian viewers will now be able to watch the eagerly awaited new series at the same time as the Americans. Previously, “Express from the US” meant starting these HBO shows as soon as they finished on the West Coast of America but with interest in GoT at an all time high, Foxtel are taking extreme steps to combat piracy and illegal downloading to show it “same time as the US”. What a treat for the public holiday. (AM)

You’re Back In The Room – 7.30pm on Nine
Two nights in a row may be two nights too many for some – but at least this is the last episode of this series. The Sunday, Monday and Tuesday 7.30pm on Nine next week will be devoted to the launch of the new season of The Voice. (AM)

Criminal Minds: Beyond Borders 9pm on Seven
Its first spin-off, Suspect Behaviour, only lasted one season in 2011, but now Criminal Minds is trying again. Starring Gary Sinise, who is no stranger to crime franchises having starred in CSI: NY for nine seasons, this follows “American citizens on international soil”. Although episodes are set in a different country each week – Thailand, India, Japan and then France – I suspect it is all being filmed on some fake Hollywood backlot. Can’t wait for the episode supposedly set in Australia. (AM)