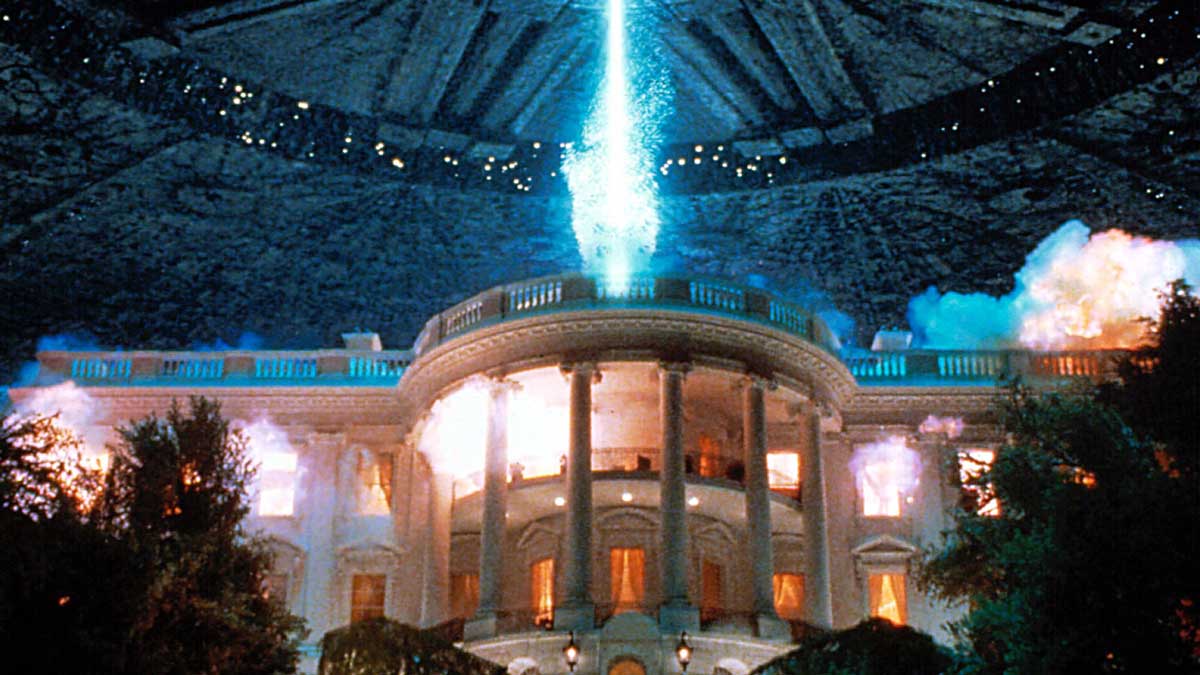 Unknown Stuntman Andrew Mercado [AM] and Dan Barrett [DB] trawl through tonight’s TV offerings to bring you some gems you may have overlooked. Monday nights are more than just Love Child and Q&A.

The Kettering Incident
8.30pm on showcase
Foxtel’s brand new miniseries gets off to a suitably spooky start tonight with a spellbinding double episode. Shot entirely in Tasmania, this has somewhat of a Picnic At Hanging Rock vibe to it as unexplainable happenings in a small town haunt its troubled residents. Elizabeth Debicki is fantastic as the confused lead character but she is backed up by an incredible cast that includes Matthew Le Nevez (playing against type), Henry Nixon, Alison Whyte, Damien Garvey, Sacha Horler, Kris McQuade and Sianoa Smit-McPhee. Having watched the first two episodes, I can’t wait to see what happens next – because next to Secret City, this could be the best Aussie drama of the year. [AM]

Independence Day
Streaming on Presto
What a lot of the criticism of the sequel (in cinemas now) seems to miss is that the original wasn’t very good either. So, why not relive Harvey Fierstein’s best performance with this 1996 classic? Also, it’s the 4th of July – how could we not include this recommendation?[DB]

Ross Kemp’s Britain
9.20pm on ABC2
The British hard man actor has become renowned for doing tough docos about gangs and dangerous places but in this series he turns the spotlight onto his own country. He is also busy filming another comeback for EastEnders where his character Grant Mitchell is so iconic, he was first glimpsed again, after many years away, with just a shadowy silhouette of his bald head on the wall.  [AM]

Razorback
9.30pm on World Movies
“The Unknown Stuntman” kicks off a two-week Aussie Exploitation movie festival tonight with the 1984 cult hit about a killer pig in the Outback. With a soundtrack from Iva Davies, and a cast that includes Gregory Harrison, Chris Haywood, Judy Morris, Bill Kerr and Arkie Whiteley, this was the directorial debut for 80s music video specialist Russell Mulcahy. Critics called this film weird but re-watching it today, you will see how far ahead of his time he was, even if the killer pig doesn’t quite cut it. No doubt the upcoming Aussie film Boar, starring John Jarratt, Steve Bisley and Melissa Tkautz, will pay tribute to Razorback and hopefully spend a few more bucks on the special effects.  [AM]