Malcolm Turnbull was the most discussed leader on Facebook during the Federal Election campaign in 2016.

Social media platforms have played a more instrumental in this year’s election campaigns. Over 400 Facebook Live sessions were hosted in the eight weeks of the federal election campaign by politicians and parties, with the third Leaders’ Debate was hosted by news.com.au via Facebook Live.

In the period between 7 May to when the polls closed on election day on 2 July, Malcolm Turnbull was the most talked about leader on Facebook. Meanwhile, when it came to the most discussed party, Labor took the lead. 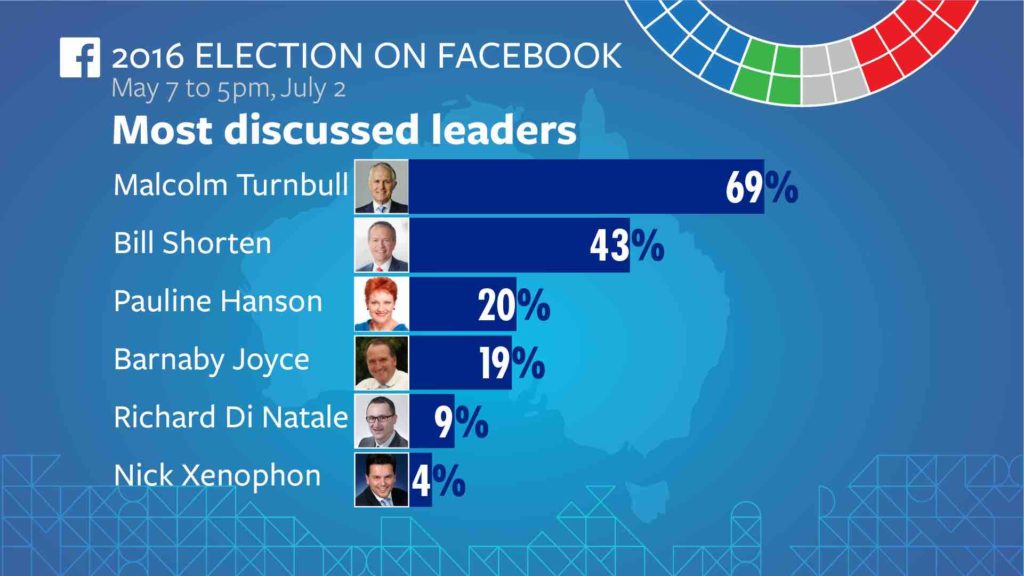 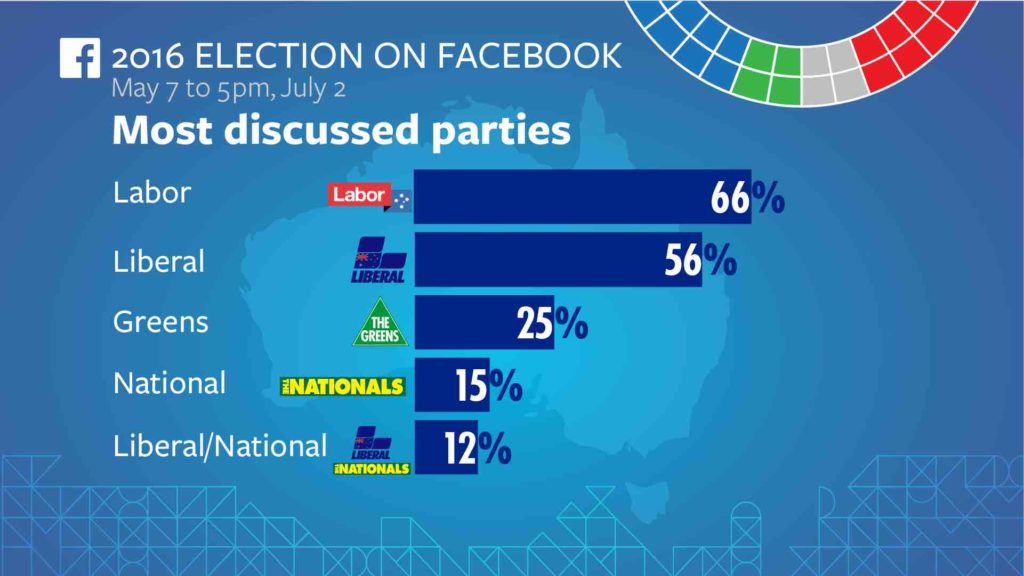 Shorten’s engagement rose from 32% at the start of the campaign to 40% by the end of election day.

In the same period, 4.1 million joined into conversations about the federal election. This generated more than 30 million interactions. 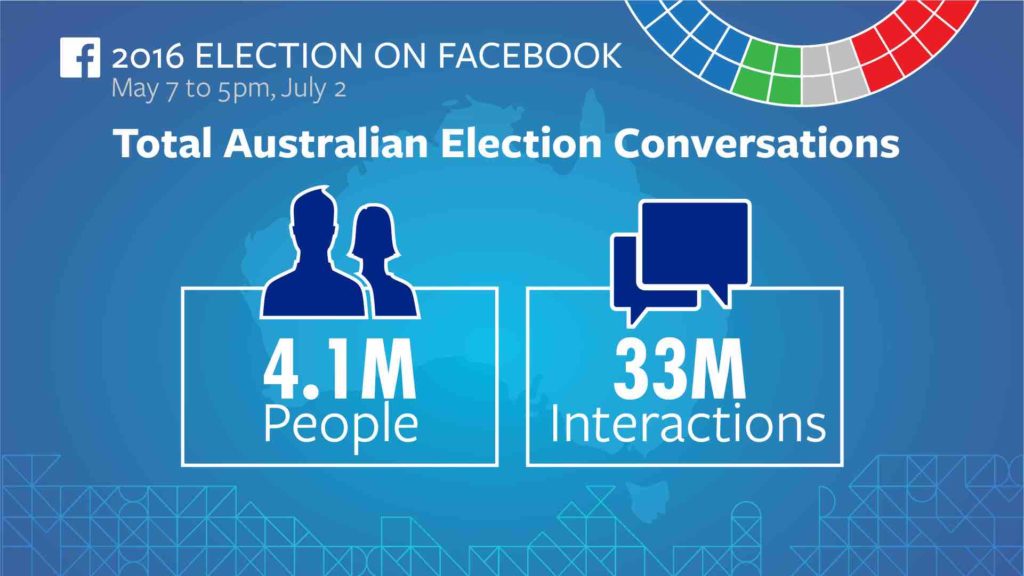 The most discussed topic on Facebook this election was social issues at 47% with the economy only a point behind (46%). 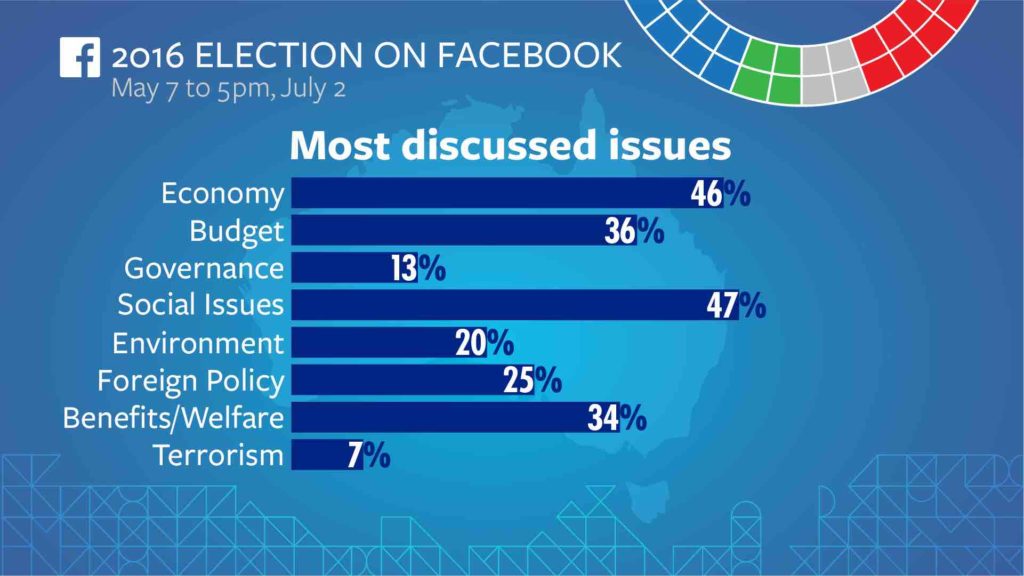