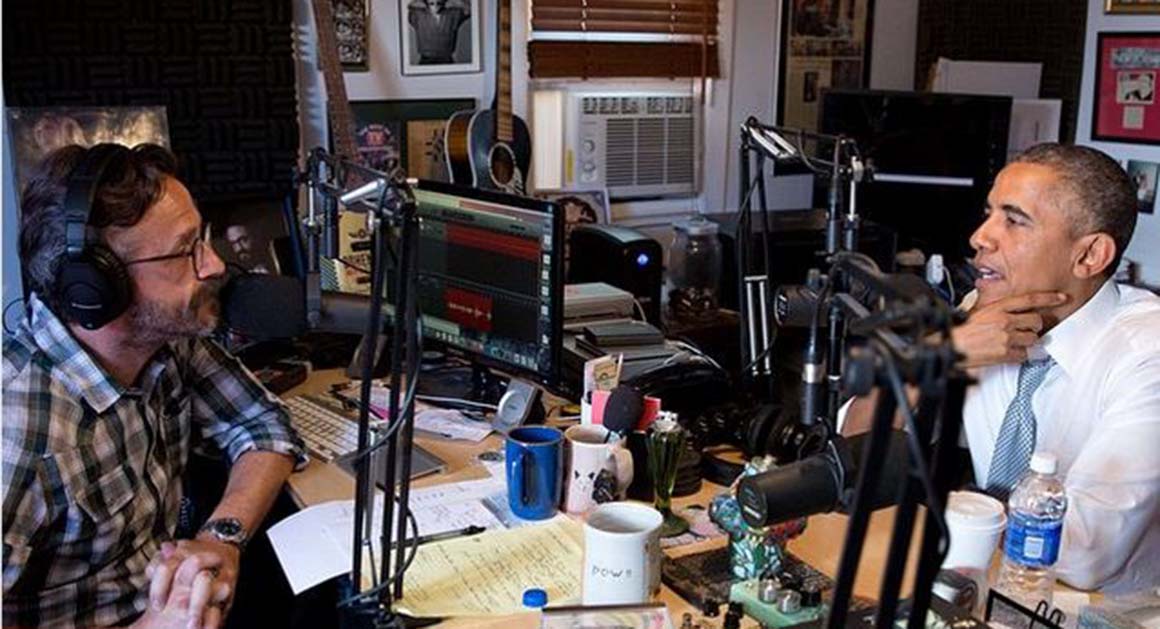 The SCA Producer Conference will be headlined this year by WTF producer Brendan McDonald.

Brendan McDonald, the producer of Marc Maron’s hit podcast WTF, will headline the Southern Cross Austereo Producer Conference at Crown Promenade Melbourne this Friday. He will present to the crowd of 84 show and digital producers from across SCA’s metro and regional teams, and up and comers from youth community station SYN FM.

McDonald’s presence shows how far the podcasting medium has come in recent years, with WTF seen as one of the biggest podcasts to cross-over into mainstream consciousness. The cultural cache of WTF is so significant that the show last year had US President Barack Obama on the show, recorded in the garage of host Marc Maron.

SUPER PRODUCER TO SPEAK AT THEIR 2016 PRODUCER CONFERENCE

Brendan McDonald, Executive Producer and co-creator of Marc Maron’s WTF podcast, is flying in from New York this Friday 15 April to speak to the team at Southern Cross Austereo’s Producer Conference at Crown Promenade Melbourne. 84 show and digital producers from across SCA’s metro and regional teams, and up and comers from youth community station SYN FM, will come together to learn about; how to get the best out of performers, generate new ideas, and grow the companies digital footprint.

The conference will be run by Sam Cavanagh, Executive Producer of Hamish & Andy and Chris McWilliams, SCA’s Head of Digital Content. Participants will also hear from:

Fifi Box (one half of Fox FM’s Fifi and Dave breakfast show and one Australia’s most successful broadcasters). Fifi started her radio career behind the scenes and has unique insights to share

Sam Cavanagh believes a conference like this one, just for producers, is important as “SCA is a content company so we have developed a day for the producers whose job it is to work with our talent day in, day out, to create that content. The conference will focus on three main areas – getting the best out of the performers we work with, generating new creative ideas, and growing our digital footprint. All great producers need to be strong in these areas, but there aren’t many opportunities to develop these skills other than on the job. We are really lucky to have secured such high quality presenters to join us and hope our collective teams walk away with not just some new skills, but new thinking and different ways to approach their roles”.