Jackson Galaxy, host of Animal Planet’s My Cat from Hell, has a secret: he’s a dog lover. He is currently on a promotional tour across Asia and Australia for several weeks, but quietly admitted that he misses his dogs more than his cats.

“I’m 100% bi-petal and believe that everybody should be. Talk about yin and yang, right? They are complementary energies. I could never spend all of my life with cats and not go home to a dog. I want somebody to fawn all over me and treat me like a god. I don’t mind that,” Galaxy revealed with a laugh.

My Cat From Hell is seven seasons strong, with its host the opposite of what you would expect from a professional cat behavioural expert. Galaxy is heavily tattooed, with piercings, and carefully groomed facial hair. He has a rock ’n’ roll spirit with a deep love and respect for the cats he deals with. Problem cats, Galaxy believes, can all be dealt with by dealing with the triggers in a cat’s environment.

Galaxy was born Richard Kirschner and changed his name when he had ambitions to be a rock star: “At this point I’ve been Jackson Galaxy longer than I was anything else. It definitely had a Ziggy Stardust feel to it.”

As his career as a cat behavioural expert started to take off, however, Galaxy found that his name did put some additional hurdles in his way.

“It was a pain in the ass. You take the tattoos, and the facial hair, bald, and the name: It wasn’t exactly the smartest business choice in the world. When I stepped out of the shelter 15 years ago, it was such an unknown quantity to go out there and say I work with cat behaviour. And on top of that I look like a freak.”

He doesn’t regret the choice. “We should all be prisoners to nothing but our own imagination. If you want to be Donald Duck, man, go with god. You should be Donald Duck,” he advised. 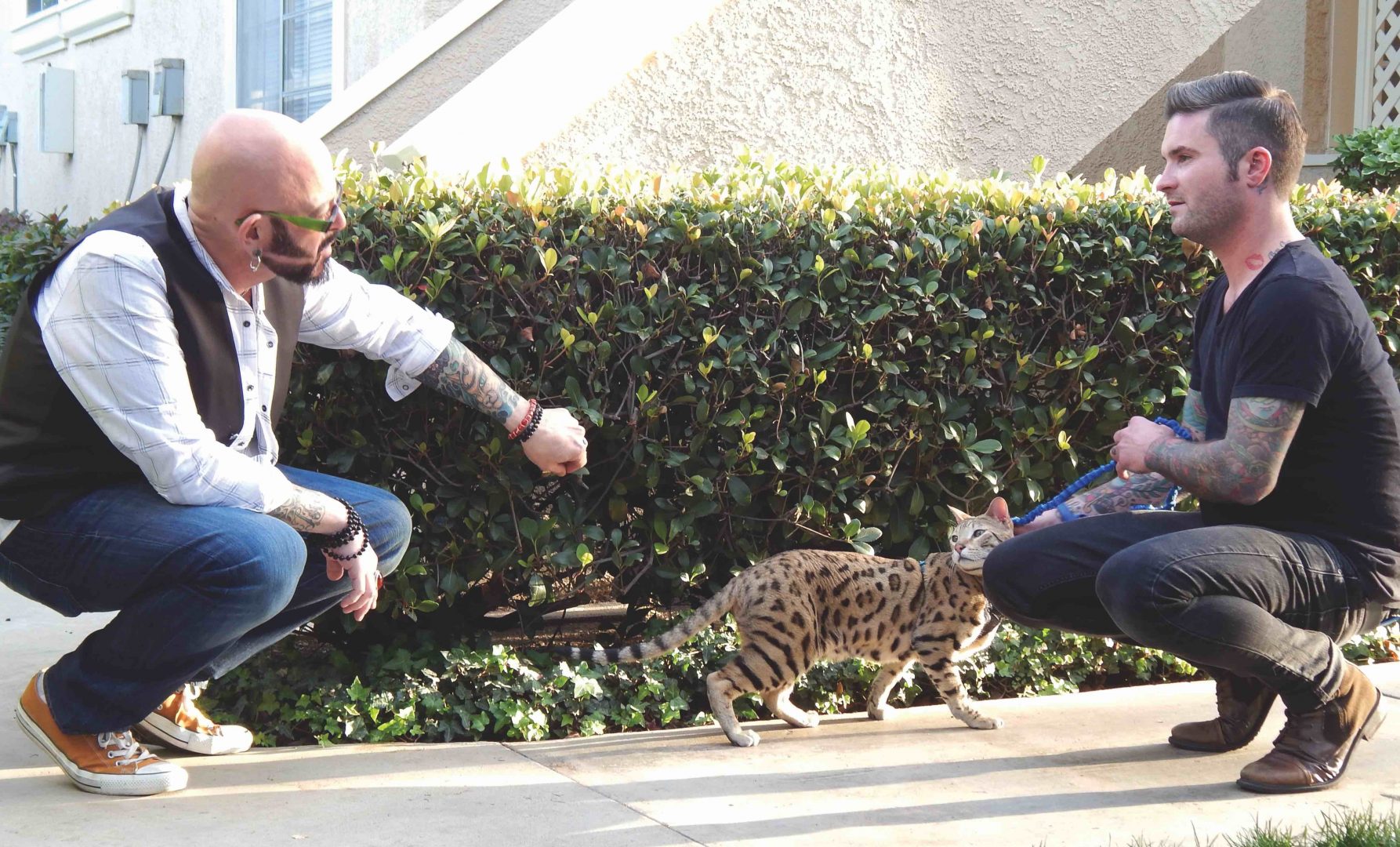 “One of the things that energises me so much is no matter where you are in the world, people love their cats. Cat people don’t have this excuse to be out in public with each other. Dog owners have the dog park or doggy playdates. We don’t have that,” he mused.

Galaxy initially had dreams of being a professional musician, but found that derailed by a fruitful media career specialising in cat behaviour. Starting out with guest roles on other shows, Galaxy caught the attention of Animal Planet.

“The first day I stepped into a meeting with Animal Planet they said ‘Tell us, in all honesty, what’s the problem with filming cats?’ and I said: ‘All of it,’” Galaxy recounted, laughing.

“Putting a camera on a cat is one of the hardest things you could possibly imagine. Especially if they are already challenged – emotionally, behaviourally. They really see the camera’s eye as being a real threat to them. That’s hard work.

“Beyond that, there’s a lot of inherent issues with doing what we do. Really, just getting cats to be natural, to be themselves. That’s part of the reason why each case will take three separate visits, two weeks apart. It’s not just getting the people to accomplish their homework, but by the third visit, the cat is like, ‘Oh, yeah, it’s the funny-looking guy.’ Normally that wouldn’t take much time for me, but with the crew there are a dozen people with cameras. It makes it really tough,” he explained.

There is one cat that haunts Galaxy to this day. Just after filming the fifth season of the show, Galaxy was called in to help with a troubled cat who became an online viral superstar for being so aggressive that it forced its owners to call 911 as they fleed into their bathroom while the cat attacked their door.

“I was sent to Portland Oregon and started working with this cat – by far the most challenging animal I’ve ever worked with. I still work with him to this day. He tore me up. Not physically, but I’d leave Portland and then get a text saying Luck sent someone to the hospital. It was a constant humbling. You can’t buy your own PR,” Galaxy said.