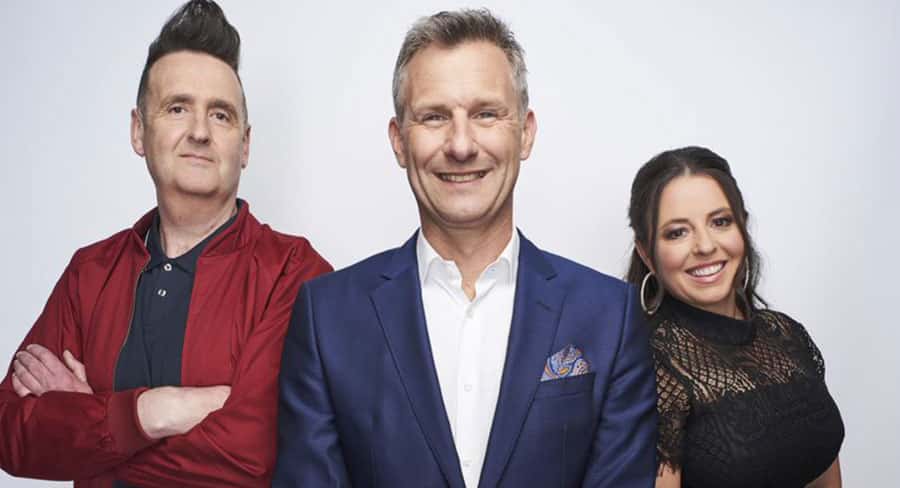 New Zealand publisher NZME is believed to be reviving its efforts to embark on a merger of its assets with those of Nine Entertainment across the Tasman, reports The Australian’s Bridget Carter.

It comes after earlier efforts to strike a deal were blocked last year by the New Zealand Commerce Commission.

It is understood that any efforts to embark on the move are preliminary and being driven by NZME which remains under pressure to boost its performance, with sources close to Nine saying that the Australian-listed broadcaster (NEC) was not involved in such a plan.

Nine has been working with advisory firm Jefferies to find solutions for the New Zealand platform that it inherited from its merger with Fairfax Media.

However, it is understood that sales plans had stalled when finding a buyer prepared to pay up for the media assets proved challenging.

They are the only non-core assets left to sell by Nine since last year’s Fairfax deal.

oOh! could use $100m equity injection to turn sentiment

The knives are out for outdoor advertising bigwig oOh!media, reports The AFR’s Street Talk.

The company’s shares hit a fresh four year low on Monday morning dropping another 5.5 per cent after Friday’s 27.5 per cent fall.

Fundies and analysts reckon the near term issue is less about oOh!’s earnings outlook, which was downgraded late last week, and more about its balance sheet.

oOh! geared up to buy HT&E’s Adshel last year and analysts are wondering whether an equity top-up may be required in the near term to release some pressure and turn market sentiment towards the stock.

To help advertisers get their video stories in front of valuable audiences in the moments they’re most receptive, Twitter has announced the availability of a 6-second video bid unit to advertisers globally. 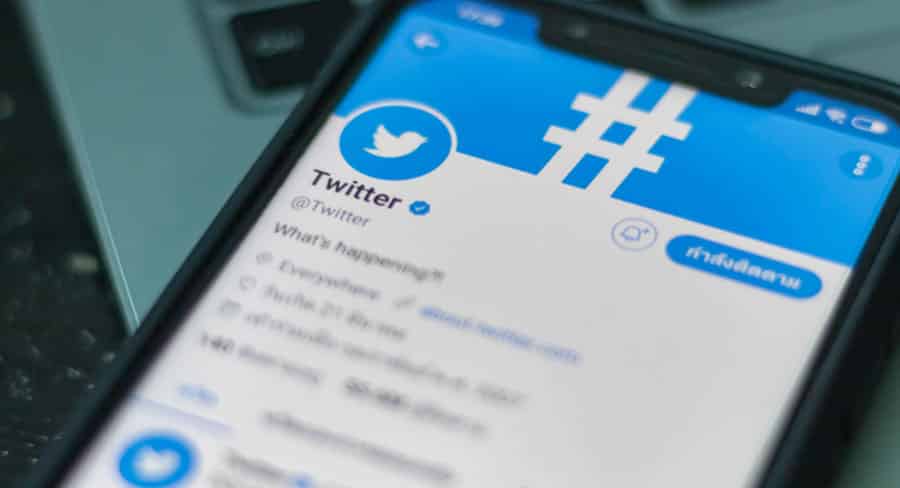 Advertisers will be charged only once their ad is viewed for 6 seconds, with pixels at 50% in view (6s/50%). This bid unit is globally available on Promoted Video, In-stream Video Sponsorships, and In-stream Video Ads for assets 15 seconds or less in length.

Koala Mattress, Anytime Fitness and Volkswagen are the latest brands to cut ties with Alan Jones‘ radio show after he suggested Prime Minister Scott Morrison should “shove a sock down” the throat of NZ Prime Minister Jacinda Ardern, reports AAP’s Alex Druce in an AAP report published in The AFR.

“Koala has cut ties with Alan Jones … We’re a significant buyer in the medium, and it’s something we should have done earlier,” the company posted on Twitter.

Anytime Fitness also withdrew its advertising spend from Macquarie Radio on Monday, joining the likes of ME Bank, Snooze, Bing Lee and Amart amid rising backlash over Jones’ remarks.

“The comments made last week by Alan Jones regarding Jacinda Ardern do not represent our view or values,” Anytime Fitness said in a Facebook post.

New 2DayFM breakfast host: ‘It is not about me, it is about the music’

Radio host Jamie Angel would prefer not to be recognised by his face, reports News Corp’s Jonathon Moran.

That means there won’t be any billboards or expensive TV ads as Angel steps into his new role as host of the new look 2DayFM music only breakfast shift after taking over from Grant Denyer, Ed Kavalee and Ash London this week.

“It is not about me, it is about the music,” Angel told Confidential.

“Look at me, do you think I am actually going to appear on a billboard? It is just not that sort of show. Do people need to know my face? I am not in it to be famous, I actually just love what I do.”

Angel, 48, who describes himself as a “radio nerd”, was last on air in 2004 as part of the then 2DayFM breakfast team of Judith Lucy, Pete Helliar and Kaz Cooke.

Angel also dismissed industry murmurs suggesting his appointment is a temporary measure to buy the station time to work on another breakfast show.

“I’ll be here next year if they will have me. If the station really wanted to put in another breakfast show and have someone in between then I would be disappointed that I would leave Triple M for that. They could have gone to a lot of other people but I think they want something long term.”

Angel is married to fellow 2DayFM talent Ellie Angel-Mobbs, who takes over from him at 9am on air, while his adult son, Lachlan, works as an engineer at the station.

Winners have been announced across 11 national categories and eight state categories of the 2019 Art Music Awards at a gala function at the Great Hall of the University of Sydney on Monday 19 August.

Mary Finsterer was recognised in the category of Instrumental Work of the Year for Ignis, a meticulously crafted duet for cello and the six-stringed viola d’amore. Vocal/Choral Work of the Year was awarded to wordless opera The Howling Girls, composed by Damien Ricketson with direction from Adena Jacobs.

The Jazz Work of the Year was Trombone Song Cycle, a collection of obscure love songs composed by Joshua Kyle and arranged by Andrew Murray for the unusual combination of trombone quartet and voice.

The award for Excellence in Jazz went to composer and bass player Ross McHenry for the creation of major new works, international touring, residencies and commissions in 2018.

Zephyr Quartet received the award for Excellence by an Organisation in recognition of their 2018 program which defied genre, style and expectation, as well as their fearless championing of Australian work over 20 years. The winner of the award for Excellence by an Individual was Lyn Williams for her significant contribution to the creation and performance of choral music in Australia. Over 30 years, Lyn has transformed the choral landscape in Australia through the establishment of world-renowned children’s choirs including Sydney Children’s Choir and Gondwana Voices.

West Australian Symphony Orchestra is the recipient of the award for Excellence in Music Education for their Crescendo program. Inspired by the Venezuelan El Sistema, the program delivers free, ongoing and regular music education programs to West Australian schools.

Illawarra-based Steel City Strings won the award for Excellence in a Regional Area for their performance activity in the last twelve months and continued commitment to new Australian music.

The award for Excellence in Experimental Music went to Bendigo International Festival of Exploratory Music for their ongoing event, described by the judges as ‘a courageous, stimulating and imaginative place for high quality experimental music in the Australian landscape’. 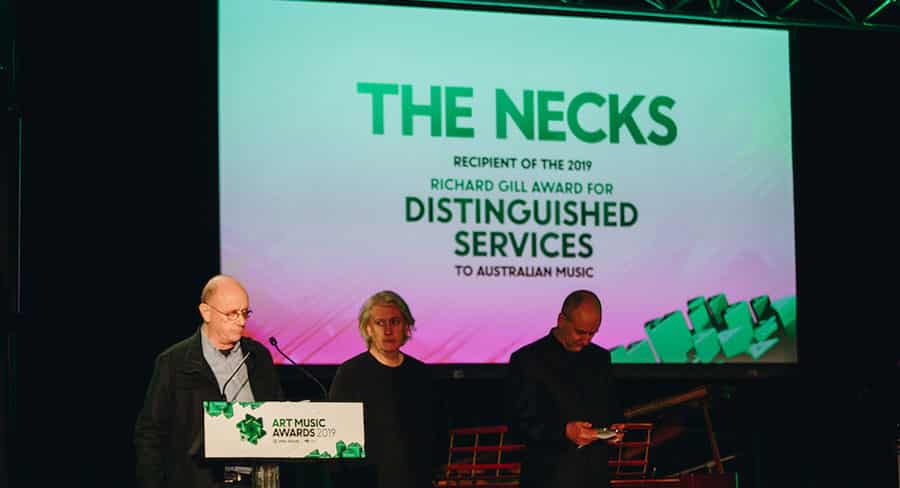 The newly-titled Richard Gill Award for Distinguished Services to Australian Music (as determined by the APRA Board of Writer and Publisher Directors) was presented to experimental jazz trio The Necks, the first band to receive this honour. With a career spanning three decades, the trio have carved out a unique space in the music scene, walking the line between avant-garde, improvisation and minimalism while still paying respect to jazz.

For full details on all the winners visit APRA AMCOS here.

After last years’ popular Reunion Special (ABC’s most watched show for 2018) ABC has announced Adam Hills, Myf Warhurst and Alan Brough (pictured) have been lured back to ABC’s Melbourne Studio 31, for more Spicks and Specks.

Adam Hills said: “From the moment Alan, Myf and I were together in a room for last year’s Spicks and Specks Reunion Special, we had each other in fits of laughter. Any time I can spend with those two fools is time well spent, and if it takes four more specials to make that happen – so be it!

“The response to last year’s show was overwhelming, both in the studio when we filmed it, and at home when it went to air. Spicks and Specks has a special place in our hearts, and I’m genuinely excited to make a few more specials for the ABC.”

The quiz show will return in November as part of the ABC’s celebration of Ausmusic Month.

Kayo will be the only place to see all 92 matches of the FIBA Basketball World Cup tournament live and on demand, as a star-studded Australian team vies for an elusive first time World Cup medal.

Two of the biggest names in Aussie hoops were on hand yesterday to launch Kayo’s coverage of the 69-year-old tournament. 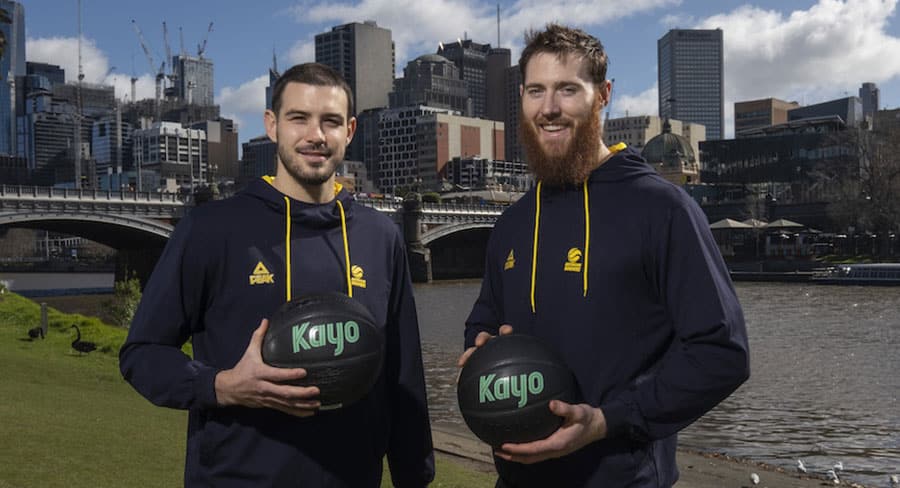 For fans that can’t watch the action live, Kayo will offer every game on demand, meaning that subscribers can catch up anywhere, anytime, on their TV or favourite device.

Kayo Minis, which offer a condensed highlights package for those who can’t catch the full game, will be available for select fixtures, including all of the Australian and USA games, plus the finals.

The FIBA Basketball World Cup 2019 will be the biggest edition of FIBA’s flagship event with a record 32 participating teams.

In its 18th edition, the FIBA Basketball World Cup will take place in China for the first time ever. The tournament will be played in 8 cities – Beijing, Foshan, Wuhan, Shenzhen, Dongguan, Nanjing, Shanghai and Guangzhou – across 5 provinces.

The tournament begins on Saturday, 31 August, with the Boomers’ campaign getting underway on Sunday, 1 September against Canada.

Fans can watch a series of documentaries and official films, which will be available on the platform from Monday, 26 August.