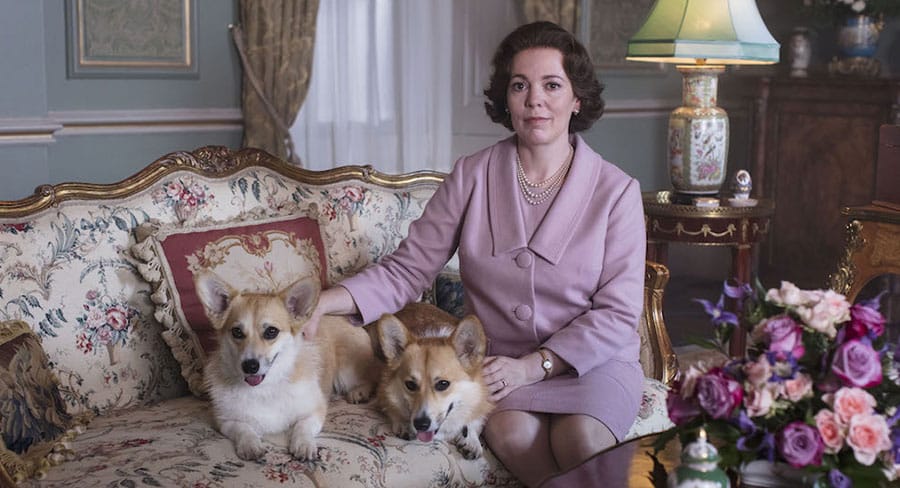 Nine’s ratings year win is a nice feather in the cap after a strong year, but the company and the rest of the free-to-air sector are sharply focused on clawing back the estimated $700 million that has moved into social video in the past five years, reports The AFR’s Max Mason.

Seven and Nine will each want the crown of free-to-air ratings in 2020. The metropolitan free-to-air television advertising market was still worth $2.7 billion in the year to June 30, and regional added a further $725.2 million. While the free-to-air market will be down in the first half of 2019-20, it remains a sizeable and important revenue stream for the networks.

“There’s been a lot of voices in the market saying TV is dying. It’s a misunderstanding of the evolution. It does take a lot of work to redefine the work around planning,” he said.

“It’s easy to say TV is dead, it’s hard to talk to TV planners and agencies about moving the model. It’s alive and well and still works.”

Australia’s biggest media union said it has secured a 2 per cent pay increase for ABC staff, amid a cost-cutting push by the public broadcaster, which is set to lead to job losses, reports The Australian’s Lilly Vitorovich.

The Media Entertainment & Arts Alliance said the workers will get the pay rise after rejecting a 1.7 per cent offer in late August, and keep current conditions as well as “better access to voluntary redundancy”. 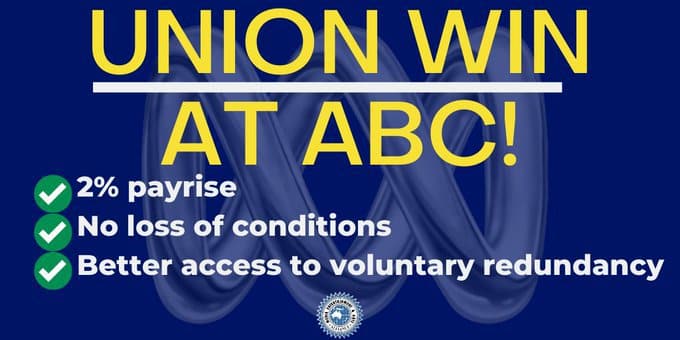 “ABC members win after standing together in solidarity, rejecting ABC management’s previous offer and securing a better deal on pay and conditions,” the MEAA said in a post on social media platform Twitter on Monday night.

The extra staffing costs will add to the ABC’s financial problems, as it looks to plug a budget hole of $84m after the federal government froze its indexation of funding, meaning legislated increases in the $1bn it receives annually from taxpayers would not occur.

The Australian‘s Media Diary reported on Monday that a redundancy round of upwards of 120 people is being considered internally after management consulting firm LEK was tapped to help resolve its budget shortfall.

ABC’s Victorian radio stations will continue broadcasting a local version of The Conversation Hour in 2020 – with two new hosts at the helm, reports The Age’s Michael Lallo.

Richelle Hunt and Warwick Long will co-anchor the 11am program from January 20 on local ABC stations across the state. Virginia Trioli, who recently succeeded Jon Faine as ABC Melbourne’s morning presenter, will continue hosting Victoria’s Conversation Hour until summer programming begins in mid-December.

“The Conversation Hour has always been heard across the state so we have taken the opportunity next year to make it an hour of broadcast that reflects the conversations and issues that are of interest to all Victorians,” an ABC spokesman told The Age.

‘I never went away’: Red Symons open to full-time stint on 3AW

Red Symons has confirmed he’s ready to return to radio on a full-time basis, reports The Age’s Broede Carmody.

The former ABC Melbourne breakfast host, who resigned in 2017, will be making a summer appearance on 3AW and bosses have expressed an ongoing interest in keeping him at the station.

Symons will fill-in for regular 3AW mornings presenter Neil Mitchell over the summer holidays. The four-day stint will represent Symons’ first time behind the microphone as a standalone host since he left the ABC.

Asked whether he was being primed for a full-time gig on Melbourne’s top-rating radio station, Symons said he was “certainly open [to the idea]”.

3AW station manager Stephen Beers said he thought Symons would be “perfect” as a summer fill-in due to his signature wit.

“I’ll talk to him after he does the week to see how he feels about [further opportunities],” he said. “That’ll be a conversation we’ll have with him in the new year and we can go from there. There’s always opportunities, people moving around, even though we tend to stay pretty stable here.

“A lot of it’s going to depend on him. The first step is people wanting to do it rather than being told to do it. If you’re not having fun, neither is the audience.”

In a dark corner of Dubbo RSL, Alan Jones has set up a broadcast stage in front of several rows of mostly empty chairs. Outside, dawn is breaking over the central New South Wales town, and the week’s dust storm is still visible in the powdery brown coating on the cars that line the town’s wide streets, writes Else Kennedy for Guardian Australia.

A handful of locals, collared shirts tucked into jeans, are here to listen to the show.

Three months have passed since Alan Jones urged Scott Morrison to “shove a sock down [Jacinda Ardern’s] throat” and Macquarie Media chairman Russell Tate warned him he would be sacked if he made similar comments again.

I’ve been listening to the show since then to see how he is faring. When I learned Jones would be broadcasting live as I passed through Dubbo, I decided to stop by.

Jones has been promoting his tour of drought-affected towns for weeks, and to his radio listeners it might seem like he’s drawn a reasonable crowd.

“People here with me in this broadcast [are] nodding their heads. Dubbo people,” he said of an audience of about five watching his show at the local Harvey Norman on Wednesday.

At each live show, four staffers sit at a desk to the left of the stage, equipped with multiple printers. During the news and ad breaks, they hand Jones scripts that he highlights and practices reading, ignoring the computer screen in front of him.

As he reads through one script before the live broadcast of his Sky show on Wednesday night, Jones suddenly lashes out at an assistant: “Why are some of them statements, some of them aren’t? What in God’s name are you doing?”

It’s only a TV show, but The Crown insults our intelligence

If Netflix series The Crown were to past the pub test on accuracy, I wouldn’t need to warn you that this column will contain spoilers, comments freelance writer Gary Nunn in a column for News Corp.

They’d all already be a matter of public record.

But the recently released third series about the British royal family is so sensationalised, it insults us and demeans them.

I’m afraid I cannot join the chorus indoctrinated by its lusciousness.

Now let me start by saying, I know this is a work of TV fiction. It’s not a documentary. We’re expected to somewhat suspend our disbelief.

Talented fiction writers have often woven robust research with imaginative speculation on the British monarchy to form illuminating and dazzling stories: from Shakespeare to Hillary Mantel.

But The Crown, it seems, sits closer to fiction than fact, which poses the question: why not just make a drama which doesn’t defame or beatify real living people? The series greatly exaggerates the Royal Family’s power, wit and internal drama.

Banking giant HSBC will stop sponsoring the Wallabies as it looks to diversify its promotional spending outside rugby and build an image as a “challenger” in the local retail banking market, reports The Sydney Morning Herald’s Clancy Yeates.

HSBC Australia has been the “official banking partner” of the Wallabies for six years but has opted not to renew the deal with the national rugby team, instead announcing partnerships from 2020 with the Sydney Swans, Opera Australia and Queensland Art Gallery and Gallery of Modern Art.

Interim chief executive Noel McNamara said the sponsorship change reflected a move to “diversify” its promotional spending, as well as a commitment to the Australian market.

The bank will continue sponsoring rugby’s Sydney 7s and McNamara said the decision had “certainly nothing at all to do” with the controversy surrounding ex-Wallaby Israel Folau, who is in a legal battle with Rugby Australia.

Qantas is also in discussions over its naming rights sponsorship of the Wallabies, which expires at the end of this year. A source close to the talks who did not want to be named because they were not authorised to speak publicly said discussions were well-advanced.

Tennis Australia can’t have it both ways. It can’t host Margaret Court at the Australian Open and distance itself from her objectionable views, writes News Corp columnist Susie O’Brien.

Tennis’s peak body can’t claim to be a supporter of diversity and yet give the divisive former player a new pedestal.

Elevating Court during next year’s tournament sends the message that her hurtful and divisive views should be overlooked for the sake of her legacy.

In a statement, Tennis Australia acknowledges that Court’s views about homosexuality, transgender children and same-sex marriage have “demeaned and hurt many in our community”. Yet, it ignores these feelings in a bid to further commemorate Court herself.

Court has a stadium named after her at Melbourne Park – she’s gone beyond being a mere past player and is now a public icon. She shouldn’t be given further public recognition given her shameful views.

It is not possible, as Australian tennis great Todd Woodbridge has suggested, to separate the player and the person. Court’s views have currency because of her status as a well-known past tennis champion.