The monthly food and travel print offering, Australian Gourmet Traveller, has entertained and inspired readers for over half a century. From fine dining reviews and special recipes to the best food and wine regions around the world, the luxury title continues to flourish and feed Australia’s appetite for creative ways to enjoy food. New editor, Joanna Hunkin, dished out the hottest topics in Gourmet Traveller, the biggest food trend of the decade, and the thorough process of choosing the best restaurant of the year for its annual restaurant awards ceremony.

Hunkin told Mediaweek what makes Gourmet Traveller really special is that it’s respected by both the hospitality industry and restaurant industry as well as truly loved by its readers. “It does cater well to those industries – It’s almost like a trade magazine but not in any way, shape or form being a trade magazine. On the premium side, Gourmet Traveller has beautiful imagery and content, world-class writing and recipes; It’s something that inspires our readers with its strong legacy. People have grown up with the magazine, and it has inspired them to cook and travel for many years,” said Hunkin.

The Gourmet Traveller reader is someone with a great sense of adventure in the sense of cooking, eating and travel. “They’re curious, open-minded, and seeking out new experiences. We give them direction and guidance on what’s new, what’s interesting, what’s exciting; and they truly follow through on that guidance on what the best restaurants are, new ideas and cooking techniques, and new adventures overseas and domestically.”

Hunkin said they’ve had fantastic readership results in the latest Roy Morgan poll. Their readership was up 36% year on year, which has taken them up to a readership of over 225,000 per month in print. “It’s a really strong readership for what is essentially quite a niche magazine with a mainstream audience.” 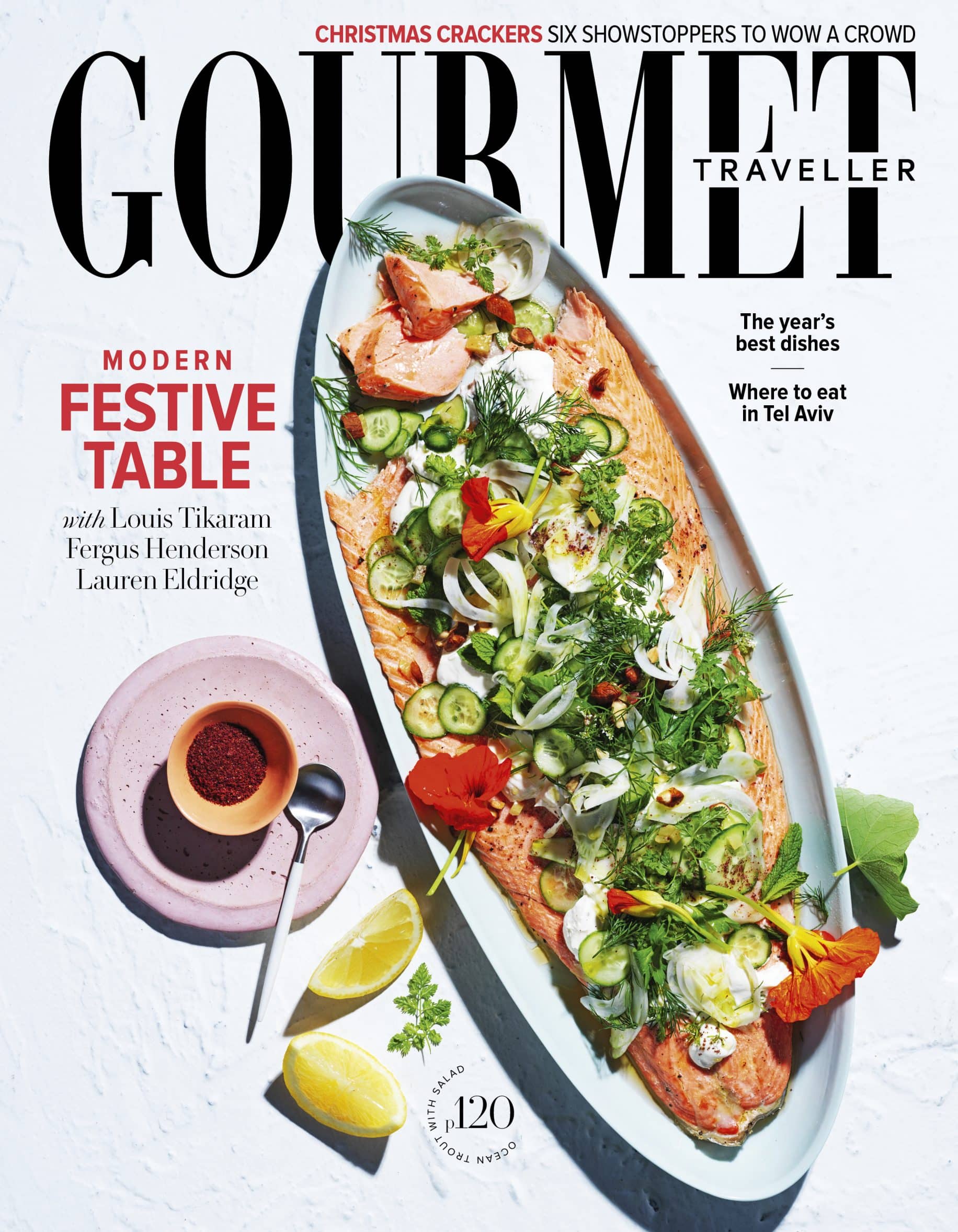 When choosing content, the team is looking for what’s intriguing, new and inspiring. “It’s not all about being the latest and greatest. There’s plenty of things that are classics but they’re still exciting because either they’re exploring new avenues or territories, but it’s got to be exceptional, whatever it is – and we have to believe in it. We really stand behind everything we put forward.”

Every year, the magazine’s Italian issue delivers outstanding results. “Italy is such a huge part of the Australian story, particularly when it comes to food culture. It’s really having a resurgence at the moment. There are so many Italian restaurants and wine bars opening. Pasta went through a bit of a stage of being a ‘dirty word’ – particularly on a health front – and everyone’s just embracing it whole-heartedly again. Italian is a consistent, beloved hot topic for us.”

Hunkin said there’s also generally been a huge growth in vegetarianism, veganism and flexitarianism; and anything that’s an extension of all things sustainable. “People are so conscious of locally-produced, ethically-sourced food, and taking great interest in what they’re cooking with – not even just on a food front, but also when it comes to travelling and consumer purchasing in general. This is something we are certainly aware of as these are hot topics in the wider food industry and we are starting to reflect that in our content and coverage, and we will most defintiely focus on this a lot more in the coming 12 months.”

A highlight for the brand this year in terms of social media and the digital space is they’ve been making huge progress with IGTV (Instagram TV). “We’re really the first food magazine in Australia to start using the platform. We have our Meet the Chef series and we just launched a video on how XOPP make their XO PIPIS.” 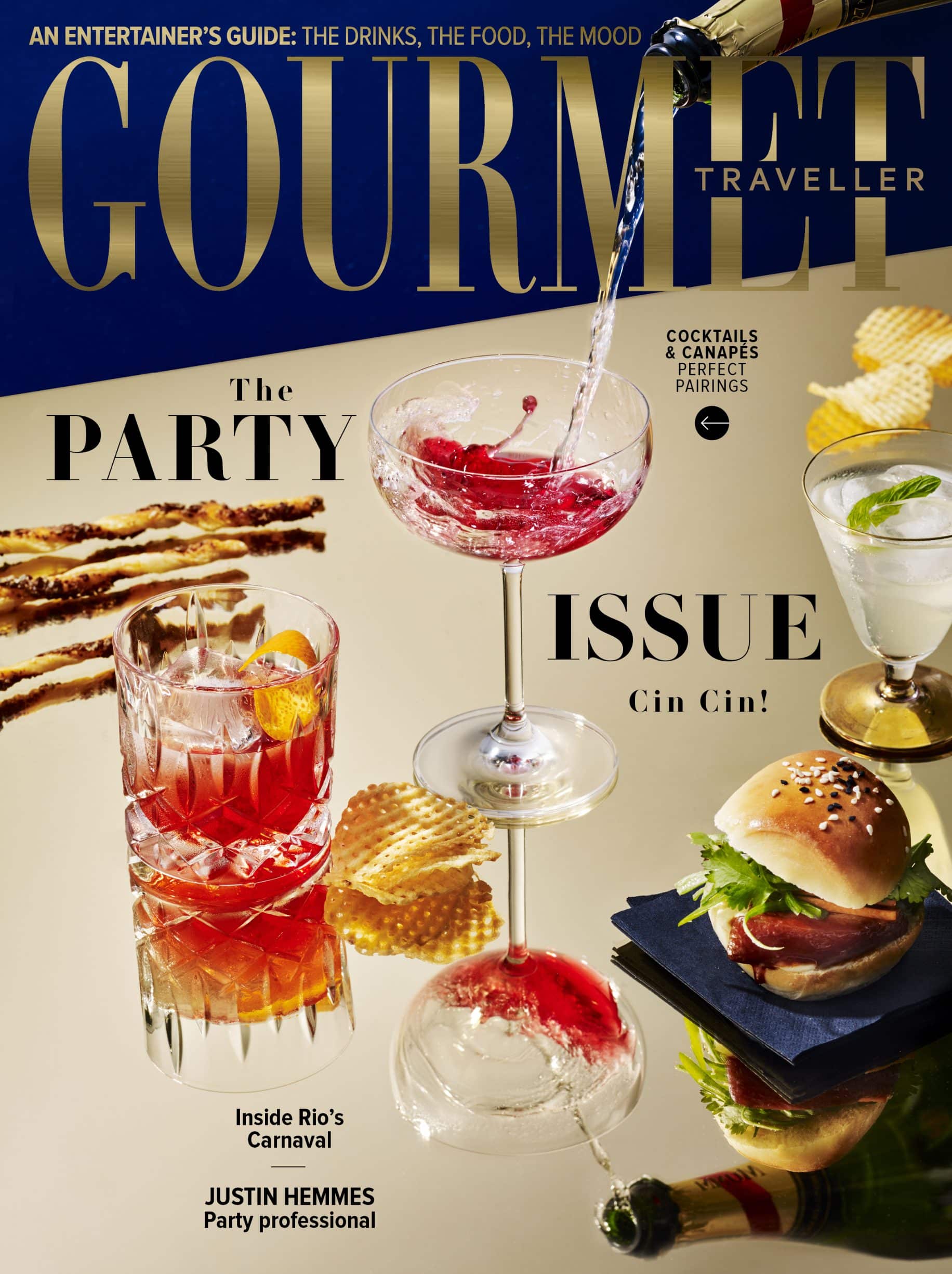 A continious highlight for Gourmet Traveller is their annual awards night – which is Australia’s oldest restaurant awards – and it continues to be such a big part of their brand. Hunkin said that on a personal level, that was the first event she was involved in. She actually flew over to host the awards this year before she started the job as editor in September. “As an outsider coming in, it was just incredible to see what a prestigious event it was. You had every top chef from Australia in the The Sydney Opera House to celebrate the absolute best in the business. The event drives huge engagement and readership for us – both on digital and print.”

In every state, they have a state editor who really taps into the wining and dining scene. “We give them all an allocation for how many restaurants we are going to review in their state, and we review a total of 100 across all states. They go out and review, and from that we pull together our top 50, which is what we run in print for our September issue each year. From that list of 100, we also have special awards like Wine Bar of the Year and Best Regional Restaurant for people who put forward their nominations based on the restaurants they’ve been to review.”

The full list of all 100 goes online in a fully interactive guide which sits across the brand’s digital channels. Hunkin said that in March the reviews are handed in and then they start the very heated debate of who should be Restaurant of the Year. “Last year was Attica from Melbourne. Increasingly, we’re seeing Australian chefs embracing native ingredients and push their boundaries of what they’re using and just really experiment and explore, and that’s been a growing trend in fine dining in perhaps the last 10 years and I think that’s only going to continue.”