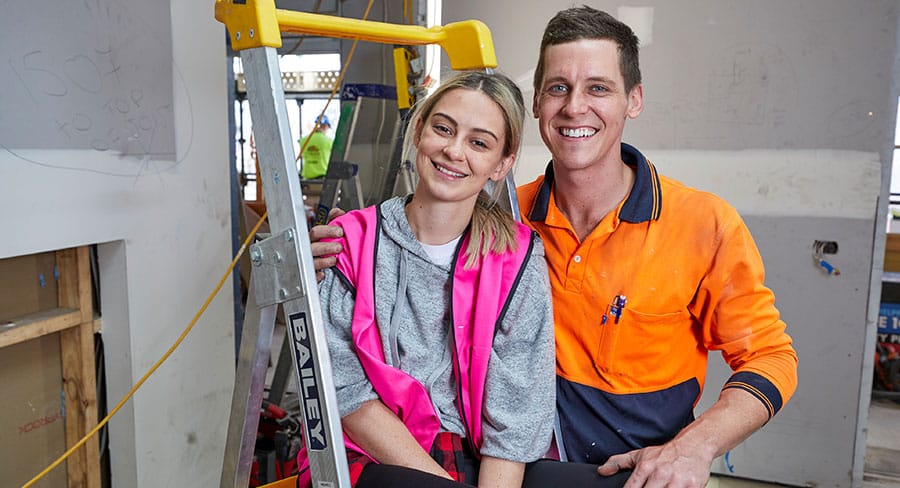 QMS catches eye of potential investors on US roadshow

While QMS Media boss Barclay Nettlefold has been running around the United States talking up his QMS Sport business, he appears to have generated more interest than he bargained for, reports The AFR’s Street Talk.

It is understood the interest of a potential suitor in the data room for QMS Sport has widened to an appetite for the entire company.

To recap, QMS said back in August that it was evaluating a range of funding options for QMS Sport, in order to drive shareholder value.

Nettlefold’s US roadshow for QMS Sport took him to Los Angeles and New York in the past two weeks. It is understood a handful of parties have been given due diligence materials, although a formal offer has not been submitted for either QMS Sport or the company as a whole.

On a flying visit from Instagram HQ in New York City, fashion and beauty partnerships manager Kristie Dash says content creators, be they influencers or brands, have been put on notice.

Dash lists beauty empire Mecca, the go-to skincare label by ex-beauty editor Zoe Foster Blake, and Frank Body, which rose to fame with its coffee body scrub, as key Aussies getting it right.

Your Right To Know

In the debates on press freedom, a lot of the media’s critics tend to dismiss journalists as pleading for special privileges, writes Peter Greste in The Australian.

“No one is above (the law), including me or anyone else, any journalist or anyone else,” Scott Morrison said, anticipating the Right to Know coalition’s campaign calling for legislative changes to protect press freedom.

Home Affairs Minister Peter Dutton said the same when asked to drop actions against journalists under investigation by the Australian Federal Police, following the two controversial raids on the media in June. “Nobody is above the law and the police have a job to do under the law,” the minister told Channel 9.

Earlier this week, I gathered a group of some of the country’s leading journalists, lawyers, academics and civil servants at the University of Queensland to discuss this. It quickly became clear that rather than focusing on the person, we should be protecting journalism’s function.

My organisation, the Alliance for Journalists’ Freedom, agrees that we urgently need to update the way we protect journalism in our unworkable messy legal code. Clearly any system that criminalises the kind of journalism that exposes issues that are genuinely in the public interest, without damaging national security, is a problem. But rather than a piecemeal set of tweaks to individual statutes, we need to embed the role of the press in the DNA of our legal code.

Federal courts have refused to reveal information about long delays in getting some cases heard and the performance of judges, reports The Australian’s Nicola Berkovic.

The Family Court of Australia has blocked access to non-identifying information to show just how long parents were waiting in each Family Court location for a final hearing of their custody dispute­s.

Separately, the Federal Circuit Court has rejected requests for data about two judges, Sandy Street and Sal Vasta, who have repeatedly had decisions set aside on appeal for failing to provide a fair hearing.

Family Court Chief Justice Will Alstergren told The Australian in April that, in some court locations, more than half of the cases were more than a year old and 25 per cent were more than three years old.

However, when The Australian tried to obtain a list of hearing dates for each registry (with all names blacked out), along with the dates the cases had begun – so it could determine just how bad those delays were – the court pulled down its shutters.

Australia is the most secretive and least accountable advanced Western democracy in the world. I come to this conclusion reluctantly after more than 40 years in journalism, including a lot of experience in the US, Asia and Europe, writes The Australian’s Greg Sheridan.

Nothing makes me prouder to be a journalist than the media industry’s Right to Know campaign. We are not fighting for our jobs or economic models – we are all fiercely, almost insanely, competitive and our economic models are all different. We are fighting for the truth, which in the West is achieved by maximum disclosure of information and the free competition of ideas and interpretations.

Australia has drifted into a deeply anti-democratic, anti-disclosure mode. Both sides of politics, and some quirks in our history, are responsible. Whether in government or opposition, both parties are equally to blame. In government, parties are obsessed not with national security but with avoiding embarrassment, and take punitive, onerous measures. In opposition, parties are concerned to maximise embarrassment so constantly call for the criminalisation of any leak not given to them in the hope that this will ensnare someone from the government or cause general mayhem.

A stoush within the upper echelons of the Melbourne Press Club has culminated in the exodus of three of the club’s top leaders and left it without a president, vice-president and chief executive, reports The Australian’s Kieran Gair.

Rowland was reportedly the first to quit, on Tuesday night, over ongoing bickering between Baker and former editor of The Age Michael Smith.

Laura Brown, the expat editor of US InStyle, has been named this year’s Australian Fashion Laureate, reports The Australian’s Glynis Traill-Nash.

The awards took place in Sydney on Wednesday, in front of an audience of designers, industry insiders, retailers and other fashion identities.

Brown won the lifetime achievement award from a shortlist of names that included fashion icon Maggie Tabberer and the late Bernie Leser, founder of Australian Vogue.

“I am so sincerely, deeply honoured,” Brown told The Australian from Los Angeles ahead of the ceremony.

While much of Brown’s 26-year publishing career has been spent in the US, she said that receiving an Australian award was all the sweeter.

“To get an award like this from our people, who really call a spade a spade and are really straight­forward, means more to me than a bunch of the silliness we can engage with in these parts,” said Brown.

Their publisher, Bauer Media, was forced to axe the magazines after retailers lined up to ban them from sale at service stations; and readership fell to 0.02% of the population over 14 for People magazine and 0.01% for the Picture. They are already banned from sale in supermarkets.

“Discussions to close The Picture and People magazines have been taking place, as the magazines have lost ranging [visibility], which has affected their commercial viability,” a spokeswoman for Bauer Media told Guardian Australia.

“As closures impact a number of people, including some staff and suppliers, they need to be well considered and timed appropriately.”

The Block’s creator and executive producer Julian Cress has publicly addressed contestants Tess and Luke’s brutal tell-all interview with news.com.au, saying he can see why the couple are “embarrassed”, reports news.com.au’s Nick Bond.

The young Cairns couple went rogue while speaking to news.com.au, accusing the show of bullying and selectively editing them to make them look bad. They say they can no longer watch The Block and are “not coping”.

Tess and Luke levelled explosive claims against the hit renovation series, accusing producers of “bullying” and saying they wish they never appeared on the show.

Nine responded to the pair’s claims, saying they supported all the couples throughout the build and will “continue to support them”.

Luke revealed that the couple had called a meeting with The Block’s executive producer just yesterday to complain about how they were being portrayed – specifically, the lack of footage of them working hard on their renovations.

Class action all but off the table for reality TV ‘villains’

Doubts have been cast over the likelihood of a reality television class action despite a landmark decision in an Australian Workers Compensation Commission, which ruled Channel Seven was the employer of House Rules contestant Nicole Prince and liable for trauma she suffered on the show, report Nine Entertainment’s Matt Bungard and Broede Carmody.

Kaitlin Ferris, a senior associate at Slater and Gordon, said the provisions outlined in the Federal Court Act meant the chances of a class action by other aggrieved reality contestants were “next to zero”.

“It’s difficult to imagine there’d be circumstances with a sufficient amount of people would be affected,” she said.

In Australian federal law, a class action must have at least seven people with the same or similar circumstances.

Curtis Stone rejected offer to be a judge on MasterChef Australia

Curtis Stone has confirmed that he turned down an offer from Channel 10 to be one of the main judges on MasterChef in 2020, reports Andrew Bucklow.

“Yeah I was (approached),” Stone told news.com.au. “I’ve had a long relationship with those guys and they reached out early on and asked if I wanted to come on and be a part of it.”

Stone rejected the offer to become a judge because of the show’s filming requirements.

“My work commitments are pretty intense back in the states and I’ve got two kids and a wife and a couple of restaurants,” he told news.com.au. “They film that show for a very long time so I wouldn’t be able to do that.”

Despite passing on the main judging role, Stone will pop up in next year’s season of MasterChef.

The presenter said he could not go on because the station does not “have your back” and that a lack of legal protection meant that if he was sued he “could lose my home”.

Moore told listeners on Sunday that he had been offered a contract to carry on until 2020 but with “a heavy heart” he had turned it down.

It is the latest blow to the station, which this week saw chief executive Adam Lang made redundant as the merger with Nine Entertainment gets underway.

SBS has announced a new pre-game basketball show that will air twice a week on SBS Viceland and SBS On Demand. 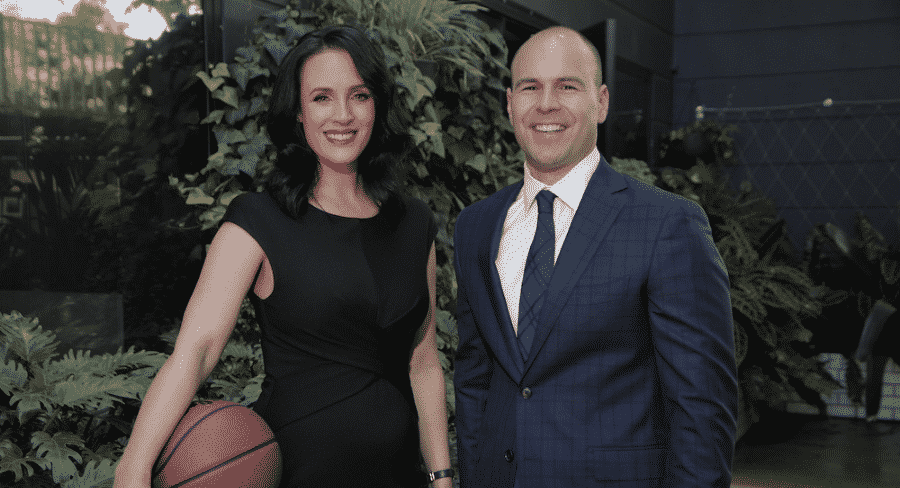 The first episode of SBS Courtside will air at 9.30am AEDT on Saturday, 26 October ahead of the showdown between the Toronto Raptors and Boston Celtics at 10.05am on SBS Viceland and SBS On Demand.

The show will deliver the best highlights and insights from the NBL, NBA and WNBA, and will feature special guest analysts and players to review and preview the leagues.

The first two episodes of SBS Courtside will feature basketball legend, Paul Pierce, who famously played 19 seasons in the NBA. Boomers and NBA star, Patty Mills, will also make an appearance, offering a unique perspective as he discusses the NBA and NBL leagues.

SBS is the home of hoops – each week, two live, regular-season NBA games will be broadcast in HD on SBS Viceland and SBS On Demand. NBA games will also be available for catch up on SBS On Demand, and the basketball hub on SBS’s sport website is the home for game highlights, condensed mini games, interviews, features and all additional NBL, NBA and WNBA content.

SBS will also broadcast one live WNBA game per week beginning with the 2020 season in May throughout the WNBA regular season and a selection of games from the first three rounds of WNBA Playoffs.

Under a two-year deal, fans will also have access to the entire 2019-20 Hungry Jack’s NBL season for free, with 67 games broadcast on SBS Viceland and all 126 games available live and free on SBS On Demand.