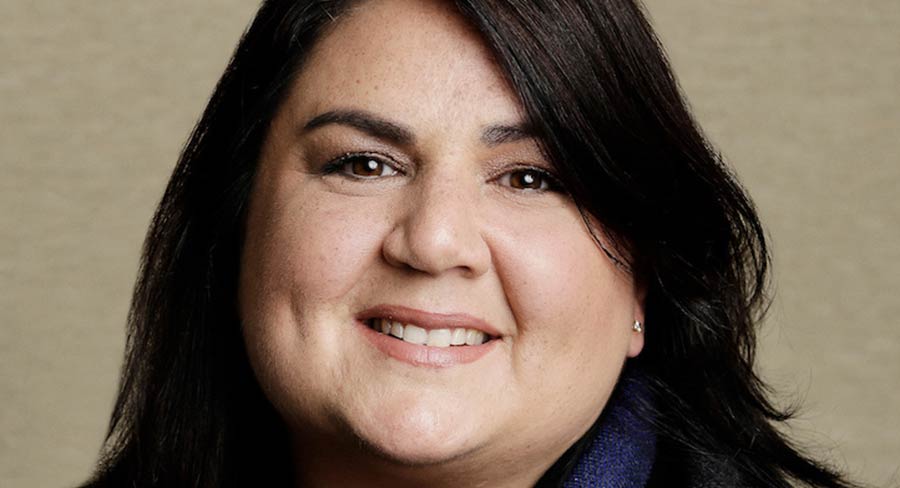 Community News, which has been run as a joint venture between Seven West and News Corp, will be based at SWM WA’s headquarters in Osborne Park effective from July 1.

Community News’ 23 titles, which include Western Suburbs Weekly, Joondalup Times, Fremantle Gazette and The Advocate, will be added to Seven West’s existing stable of The West Australian, The Sunday Times, The Kalgoorlie Miner, Countryman and more than a dozen regional titles across the state. 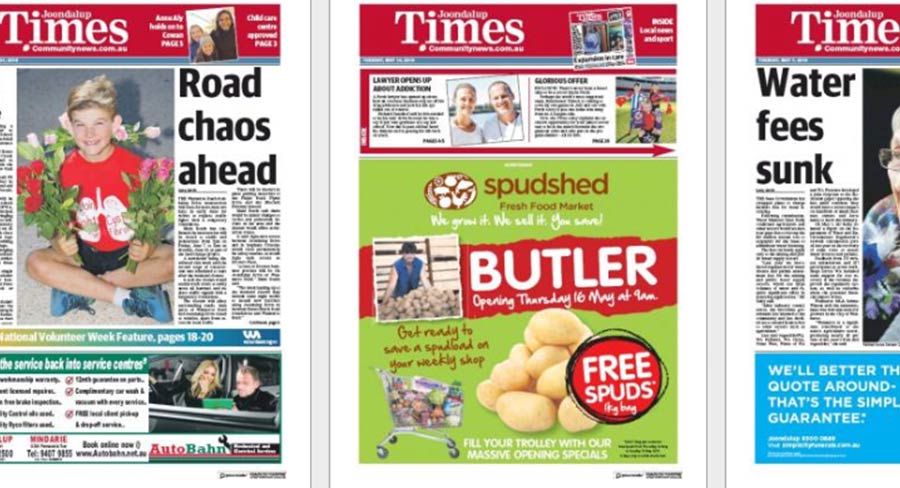 “Seven West Media is now delighted to announce that we will be acquiring the remaining shares that it does not already own in Community News, a business with deep connections and engagement within the local communities of Perth and Mandurah,” SWM WA chief executive Maryna Fewster (Pictured above) said in an email to SWM staff.

“Seven West Media ownership of Community News will officially commence today. Community News is a business that we are very familiar with and we know that it will complement our existing audiences and media assets in Western Australia.

“As part of the acquisition, we will be relocating the current operations from Stirling Street Perth to our offices in Osborne Park in late June.”

Lawyers for Sydney’s Daily Telegraph have questioned a ruling in the case of Rebel Wilson as they launch an appeal against actor Geoffrey Rush’s win in a high-profile defamation battle, reports ABC News’ Jamie McKinnell.

During a hearing on Monday, Federal Court Justice Anthony Besanko noted part of Nationwide News’ appeal cited a ruling on damages in the Wilson matter.

Wilson was initially awarded more than $4.7 million in her case against Bauer Media, but the payout was reduced on appeal to $600,000.

The court initially found the cap of $389,500 on general damages for non-economic loss in defamation proceedings did not apply due to the defendant’s conduct and a finding of aggravation.

The Telegraph’s barrister, Clarissa Amato, referred to the interpretation as “plainly wrong” and said it ought not to be followed.

“In our appeal, we say that if that’s found to be wrong, then the finding of aggravation in this case would therefore mean that the cap would not necessarily have been exceeded simply by reason of that finding,” she told the court.

Justice Wigney rejected the application, but reserved his decision on a separate application by Rush’s legal team for an injunction preventing the newspaper from republishing the allegations at the centre of the case.

Justice Besanko gave the Telegraph until June 7 to file an amended notice of appeal before a second case management hearing on June 12. 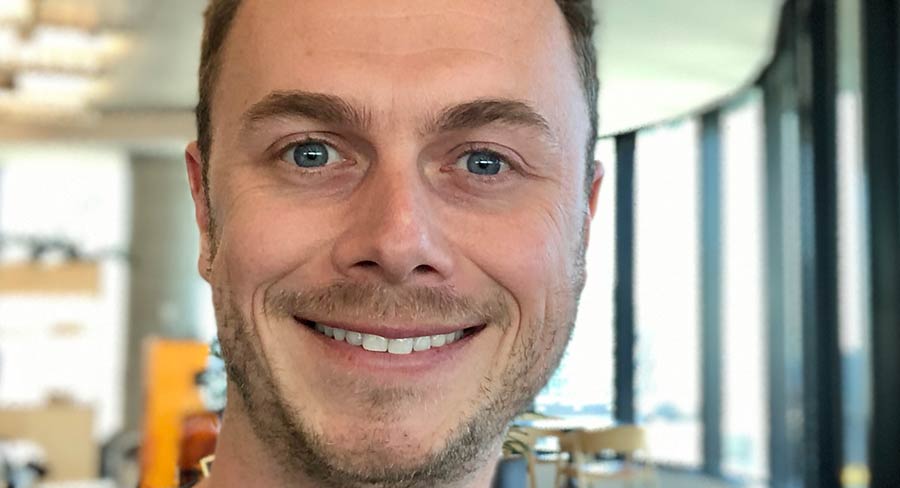 Hotchin, who has started in his new role, joins Seven from Facebook, where he held the role of client partner. Prior to that he was a sales sirector at global digital advertising specialist – Exponential.

Smith said: “Over the past 18 months, as we’ve executed our strategy to fully own and operate our direct to consumer digital products we have rapidly scaled our digital sales operation, adding over 35 highly passionate team members to realise our goal to become a market leading digital business.

“Great people are the foundation of it all and we’re delighted to welcome someone with Rob’s experience at such an exciting time. In April, Seven West Media recorded its highest ever digital audience of 5.7 million, with 7plus achieving the highest share of CFTA BVOD viewing in a rapidly growing market. And we’re extremely encouraged by the launch of 7NEWS.com.au which is already exceeding all audience and revenue projections.

“But we’re only scratching the surface. Next year we will host the biggest digital event in Australian history – the Tokyo 2020 Olympics. Rob will play a key role in ensuring our clients maximise their return on investment from our ‘Total Video’ approach to the games, across Broadcast, BVOD, Social and Digital Publishing. The coverage of this remarkable event will be like nothing we’ve seen before!”

Hotchin said: “I’m thrilled to be joining Seven at this exciting moment in its digital story. Its work to retake full ownership of its digital properties has seen tremendous success, and I look forward to working with the great team already in place to continue this success into the future.” 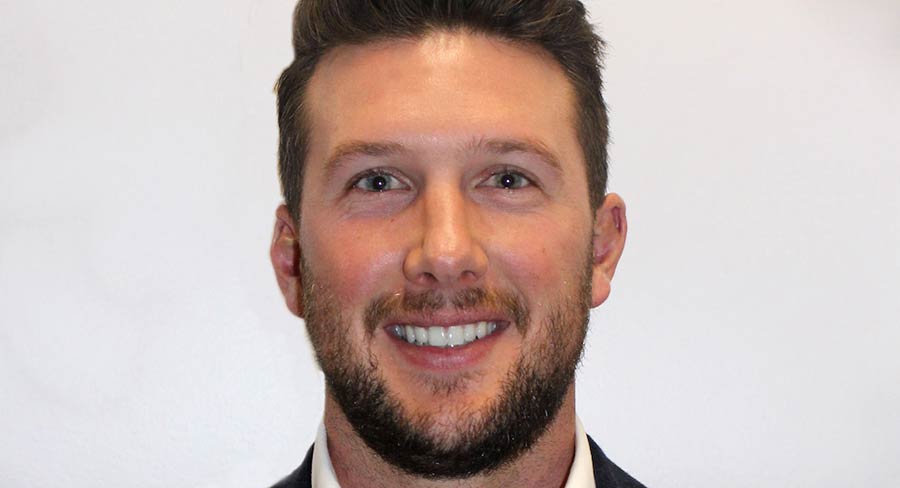 QMS Media has promoted Andrew Robertson (pictured) to the role of Victorian state sales manager. Robertson joined the QMS team three years ago from Nova Entertainment and prior to that was at oOh! Media.

Most recently he has been managing major agencies at QMS NSW.

Commenting on his appointment Robertson said: “With so much change in the media landscape, it is an exciting time to be at QMS. We have a clear story, a significant growth trajectory and the tools to deliver more intelligent outdoor media solutions to our clients. It is an absolute privilege to be joining such a strong and established team here in Melbourne as QMS continue to differentiate ourselves as a powerful and competitive alternative in the outdoor media industry.”

John O’Neill, QMS Australia CEO, added: “We are very pleased to welcome Andrew to Melbourne, as we focus on building deeper connections and engagement opportunities for our clients through our network of premium digital assets. Andrew will be integral in driving revenue, building on our agency partnerships and increasing overall market presence in Victoria.”

Robertson takes on the Victorian state sales manager role from Deb Webb, as she takes parental leave to welcome the birth of her daughter. 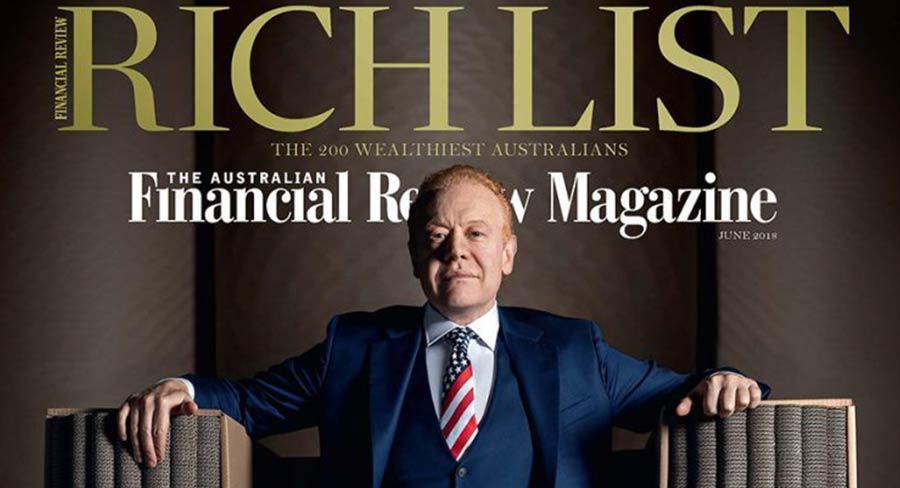 At the end of this week, The AFR Rich List releases its 2019 rankings and the editor of the list Michael Bailey explains:

Australia’s 201st to 250th wealthiest people will also be revealed.

Rich Listers have to be richer than ever before to earn the title, and poor years for the likes of vitamin mogul Marcus Blackmore and platform pioneer Bruce Neill mean they fall just outside the list of the 200 wealthiest Australians this year.

The cut-off of $472 million for the 2019 Financial Review Rich List, to be published on Friday, is an all-time record.

Accompanying the Rich List proper is a “just missed” list of the 201st to 250th wealthiest people. Given that the total wealth of those on the list increased to $341.8 billion from $282.7 billion in 2018, even some who grew their wealth modestly have fallen off, such as 201-ranked Tony Haggarty. 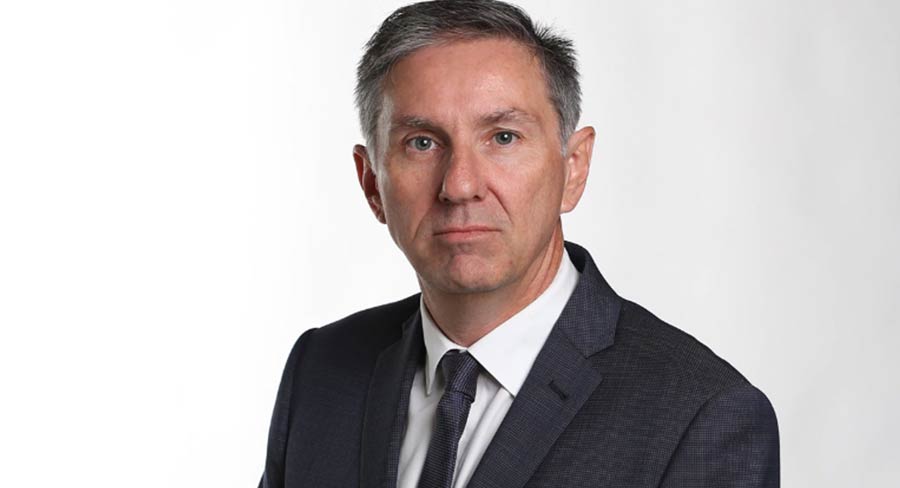 Nine News has welcomed the appointment of Perth investigative reporter Gary Adshead to the role of state political editor.

Adshead has long been one of Western Australia’s foremost journalists and was most recently state political editor of The West Australian, before leaving the newspaper in April.

Adshead was named West Australian journalist of the year at the 2018 WA Media Awards and has won multiple awards for his investigations of organised crime, politics and breaking news, including the lead in the drinking water scandal at the new Perth Children’s Hospital.

“We are thrilled to welcome Gary to Nine News,” said Michael Best, the recently appointed director of news for Nine Perth. “He is without a doubt one of WA’s foremost journalists. He breaks the biggest and most important stories in Perth.

“I have long admired Gary’s work, going right back to when he was the only TV reporter on the HMAS Adelaide rescue of yachtsman Tony Bullimore. He brings with him a wealth of experience, contacts, and a ‘take no prisoners’ approach to finding the truth. He will be a great asset to Nine News as we look to continue our growth in the six o’clock bulletin in the West.”

A journalist since 1984, Adshead has worked across television, radio and print. His early years included time at A Current Affair. He has also worked as the mornings and drive program host on Radio 6PR and as a trusted political commentator and columnist on political affairs in Western Australia.

“In many ways, returning to Nine is like coming home,” said Adshead. “Some of my biggest reporting moments were during my time with Nine News and A Current Affair. I’m now looking forward to breaking and telling the stories that matter to West Australians each night in the news bulletin.”

Seven’s Sunday Night program has been forced to acknowledge The Australian’s podcast Who the Hell is Hamish? after the show aired audio from the podcast without any credit, reports The Australian’s Sascha O’Sullivan.

Sunday Night host Melissa Doyle spoke to victims of conman Hamish McLaren, who swindled millions of dollars away from several Australian women, and used audio from the original podcast without any credit or acknowledgment. 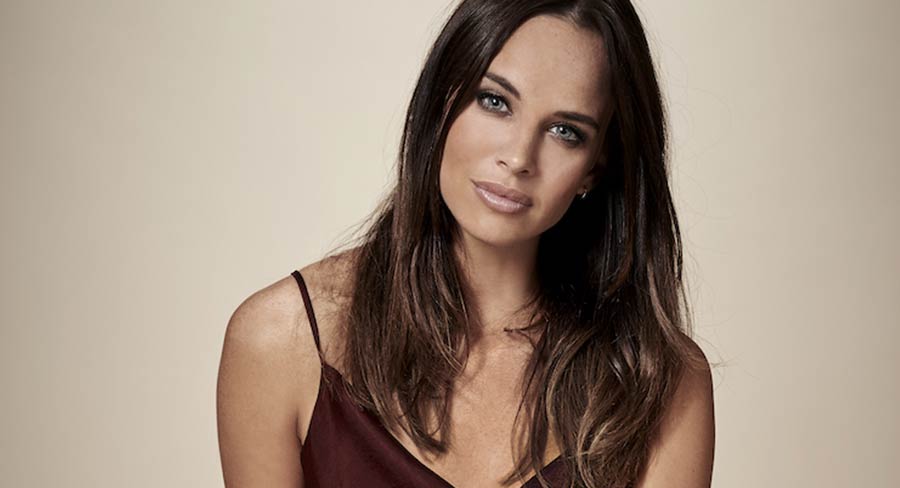 The Australian Directors Guild (ADG) and Fremantle have signed an agreement covering all directors working on the long-running TV soap Neighbours.

This is the first agreement of its type in Australia for directors and follows an agreement between the ADG with Disney late last year for the offshore show Reef Break and precedes a major agreement with Screen Producers Australia (SPA) for TV Drama.

“This is an historic moment for the ADG as it is the first industrial agreement for directors in Australian television,” said Kingston Anderson CEO of the ADG.

“We have been negotiating with Fremantle for some time and, with new CEO Chris Oliver Taylor at the helm, the company has worked with constructively with the ADG for the best outcome for both directors and this iconic show.”

The Neighbours agreement encompasses a revised tiered wage structure that considers factors such as experience. It also ensures the potential for review.

“The ADG hopes this will be the beginning of a series of agreements in the industry that will benefit both directors and producers of Australian television,” Anderson continued. “We hope that other production companies producing television dramas with engage with the ADG to ensure the best possible outcomes for all.”

Waleed Aly speaks about son’s autism diagnosis on The Project

Waleed Aly has opened up about his son’s autism diagnosis, describing the moment he and his wife found out as a relief, reports news.com.au’s Hannah Paine.

Discussing a segment about comedian Tom Gleisner’s work with Learning For Life Autism Centre, Aly spoke about how finding out his son Zayd had autism “opened up doors”.

“I know when we got our diagnosis for our son we actually had the opposite reaction to the guy in the package,” Aly said on Monday night.

“I didn’t worry, it didn’t hit me in the face – it actually explained a lot of things and it opened up doors.”

The Project host, who rarely speaks about his personal life, said that with the relief came the realisation that his approach to parenting had to change.

“Then what happens is you’ve got to try and reorientate everything, so that you’re communicating with the kid in a way that actually works with the way their brain works,” Aly explained.

When the majority of Aussie TV viewers hear the name Costa Georgiadis, they probably think to themselves, “Who?” reports news.com.au’s Andrew Bucklow.

But that’s all about to change now that Georgiadis, who has hosted Gardening Australia on the ABC since 2012, has been nominated for a Gold Logie.

“I’m sort of a little bit overwhelmed, but super stoked,” he said of the nomination. “It’s such good news for Gardening Australia in our 30th birthday year. To get this recognition and this level of support, it doesn’t get any better than that.”

Younger viewers may also recognise the bearded personality as Costa the Garden Gnome, who makes up the cast of ABC Kids’ show Get Grubby TV with Dirtgirl and Scrapboy.

“I was on Hey Hey It’s Saturday as part of the successful duo known as The Hellenic Rebirth Brothers doing a piece called The Yodel Rap,” Georgiadis told news.com.au. “It was a combination of Austrian yodelling and hardcore rapping. When you combine those two the result can be earth shaking and compost building.”

From 2009 to 2011 Georgiadis hosted SBS show Costa’s Garden Odyssey before he was recruited by the ABC to replace Peter Cundall as host of Gardening Australia.